Fury as the entire flat, containing two sofas and a coffee table, flew onto the street.

The collection of junk appears to consist of the entire furniture collection of property and was spotted on the pavement at an address in Leith, Edinburgh on Tuesday morning

A street that was pictured strewn with unwanted furniture after a large amount of junk was fly-tipped has been deemed “not unacceptable”.

The entire furniture collection was found on the street at Leith, Edinburgh’s Tuesday morning.

Councillor Chas Booth took a photo of the junk in disgust before reporting the incident to the City of Edinburgh Council’s street enforcement team. 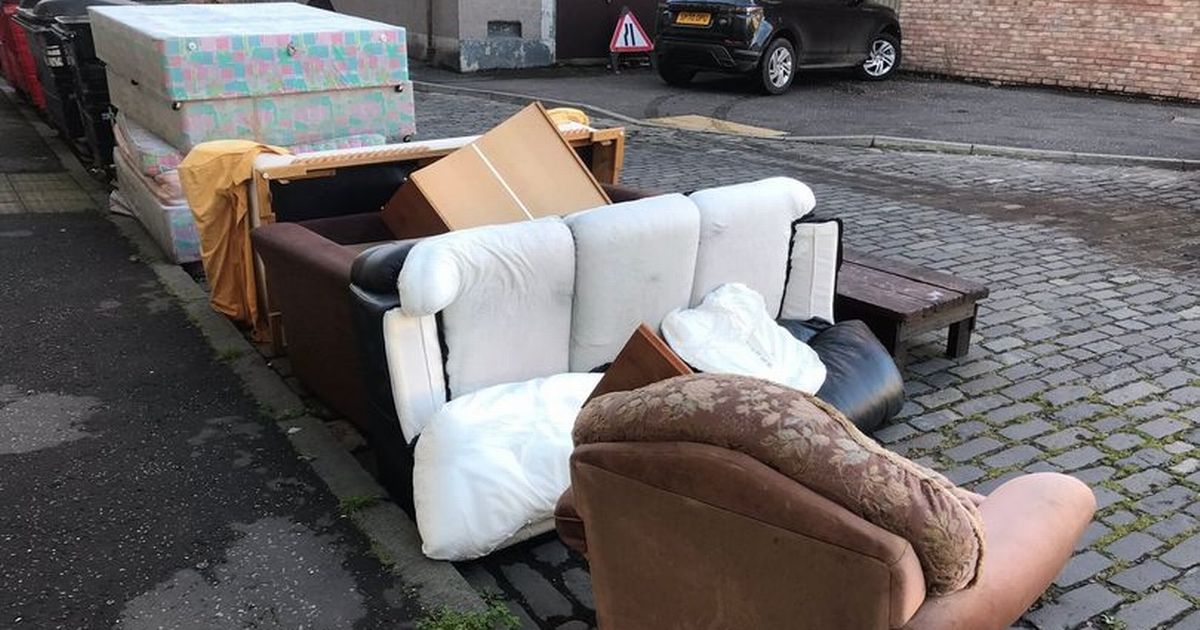 The pile-up included two sofas, an armchair, a storage unit, and what appeared to be a coffee table laid out next to the communal bins, according to EdinburghLive.

Three divan beds, along with their mattresses, an old TV, and other small items, were piled on top of one another.

Cllr Booth, who has been the Green Councillor for Leith since 2012, told the paper: “It seems like a local resident has decided to set up their living room on the street.

“This is not acceptable at all – the council has a system for picking up bulky items and if residents are disabled or unable to lift furniture themselves then assisted uplifts are also available.

“I have asked the environment wardens to investigate this with a view to enforcement action, and to remove the fly-tipped materials as soon as possible.”