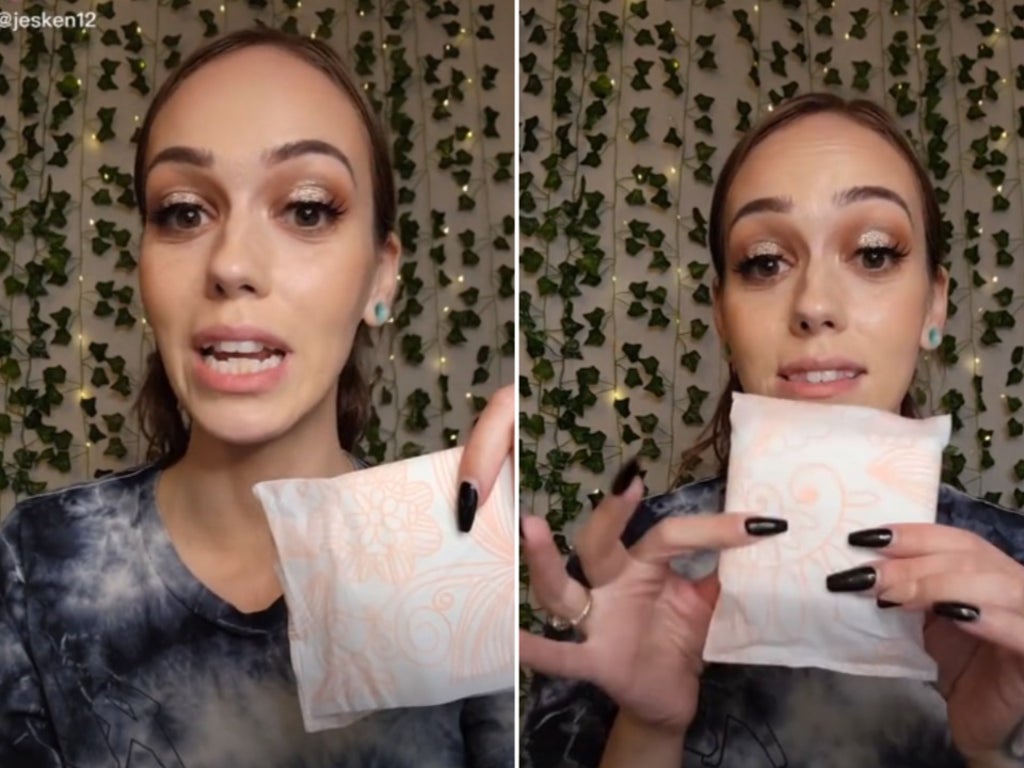 We all know how sanitary pads are one of the essential items when menstruating, but who knew there could be so many different uses for them?

TikToker Jessica Kent (@jesken12), who describes herself as a former inmate, has revealed some of the creative ways the product can be used during day-to-day life as a prisoner.

“Pads can be used for a variety of different things,” Jessica started, but before she listed all the uses, she wanted to highlight how access to pads varies from one state to another.

“I would just like to take this opportunity to let you all know that in some states prisons will deny your pads and tampons. In New York they’re like ‘Here’s a whole box, how many do you need bruh?’ In Arkansas, they’re like ‘You can have two pads in 24 hours.’ That’s not enough.”

She added: “So pads are a valuable commodity in some states, in other states they’re not.”

Jessica then moves on to reveal how pads can be used “in so many things.”

“Insoles for your shoes,” she says, “I can use this to clean the cell, as a little mop, and then you just throw it away.”

The TikToker notes that throwing it away by “flushing it [pad] down the toilet” is a “different story for another day.”

“I could use this as a sleep mask, I could make tampons out of this,” she continues with her list of usages. Jessica adds that making tampons out of pad was something she “had to do in Arkansas to survive a period.”

Jessica also had something to say for those critics who say “well you just shouldn’t have broken the law.”

“You would never tell a man that he can’t have toilet paper so don’t try and tell women in prison that they don’t deserve the bare necessities,” she concludes.

After posting her TikTok, the video received over 1.6 million views with 265,000 comments.

One person asked: “Could someone on the outside bring some pads or tampons to you on visitation or is that a big no-no because it’s an outside item?”

“Good question! No. They are sold on commissary so the prison makes $ [money] off of you…so no donations allowed,” Jessica replied.