Fans of Harry Styles were amazed at the fan’s recital of a famous quote from The Notebook when a fan held up a handwritten sign asking for advice. Harry Styles stunned fans on Wednesday night as he paused a concert to help a fan solve a love-life quandary.

Watermelon Sugar singer, 27 years old, stopped his Minnesota concert to offer a bit of advice to one fan. The former One Direction man scanned the crowd and spotted a fan’s handwritten sign which read: “Should I text him?”

As the crowd began to boo the poster’s query, Harry seemed to be instantly invested before he posed a worthwhile inquiry: “Is he nice to you?” the star asked the holder. And he didn’t stop there. He went on to add his thoughts on the matter, saying: “In my opinion, if you should [text him], this isn’t even a question.” 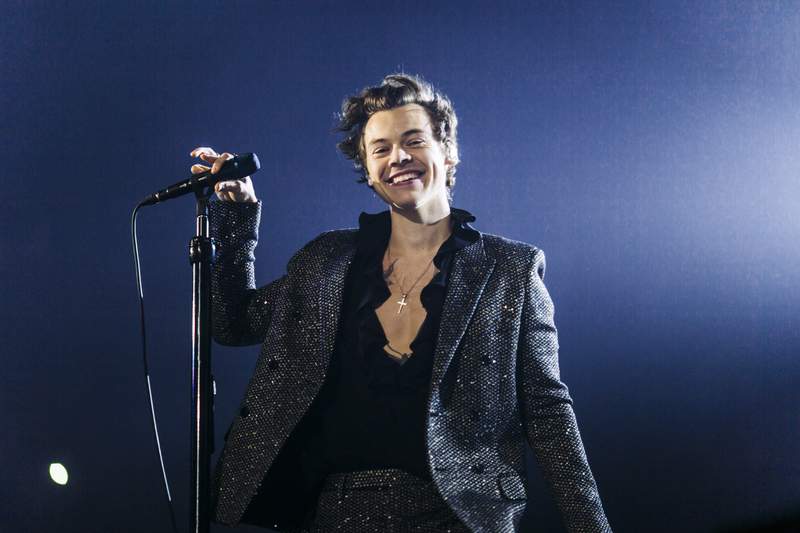 “If we’re wondering, ‘Should I text him? Should I not text him? I can’t text him too soon. Now we’re thinking about double texting, and that’s a whole different risky business. Now he’s thumbs’ed it, so technically he’s the last one to do something.’ … It’s a whole thing.”

While he continued to pace the stage, Harry finished by saying: “My personal opinion is that if there’s any sort of games, trash, trash, trash, not for you.” His response led to the arena erupting in applause, with many following up their glee on social media.

The reason fans were so impressed by the superstar’s reply is that it referenced none other than The Notebook. It was famously uttered in reference to Noah by Allie’s mom in the movie.

And a third commented: “Honestly, Harry Styles out there referencing the Notebook while giving dating advice… I mean. What? Yes. What??? YES.”

Harry’s concert comes after former bandmate Liam Payne hinted that One Direction could get back together sooner rather than later. Six years ago, the group went on hiatus, and fans were devastated when they didn’t get together to celebrate their 10th anniversary in 2020.

Liam, 28, stated that he talked to Louis Tomlinson (29) about the idea. Liam performed on the same bill as the reunited band The Wanted for Tom Parker’s charity concert on Monday night.

He said: “I spoke to Louis about it and we were saying it has to be sooner rather than later.”