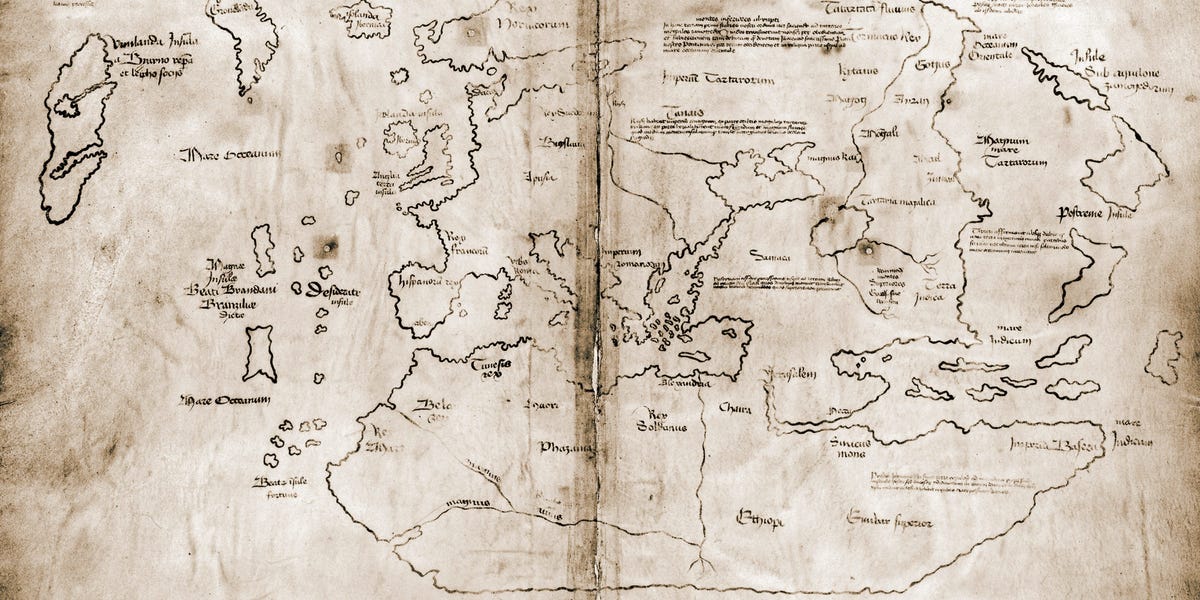 Experts at Yale University have proved the Vinland Map, which supposedly showed the exploration of North America by Vikings in the 15th century, is fake.

First revealed in 1965, the map purportedly showed evidence of Viking explorations in the west — as well as the first European depiction of North America, according to the New York Times. But for decades, researchers at Yale have questioned whether the map was real.

New evidence proves the map is, in fact, a hoax.

“The Vinland Map is a fake,” Raymond Clemens, the curator of early books and manuscripts at the Beinecke Rare Book and Manuscript Library at Yale, said in a statement this month. “There is no reasonable doubt here. This new analysis should put the matter to rest.”

According to a team of researchers at Yale, high levels of a titanium compound that wasn’t produced until the 1920s was found in the ink used to draw the map, confirming the map could not have been made prior to then and therefore putting the long-standing debate to rest.

And this was no accidental mistake, but evidence showed the map was an intentional forgery, the experts say. A Latin inscription on the back of the map was overwritten with modern ink to make it seem like 15th-century instructions.

“The altered inscription certainly seems like an attempt to make people believe the map was created at the same time as the Speculum Historiale,” Clemens said. “It’s powerful evidence that this is a forgery, not an innocent creation by a third party that was co-opted by someone else, although it doesn’t tell us who perpetrated the deception.”

While the map proves to be a fraud, its existence remains significant for uncovering details about the medieval world.

“The map has become an historical object in and of itself,” Clemens said. “It’s a great example of a forgery that had an international impact and it’s an integral part of the Speculum Historiale, which is a genuinely fascinating manuscript.”

Previous articleShiddat Is All Set For An OTT Release and Where You Can Stream It
Next articleGaming Industry’s Diversity and Inclusion Efforts Should Start With Kids, Experts Say (Video)