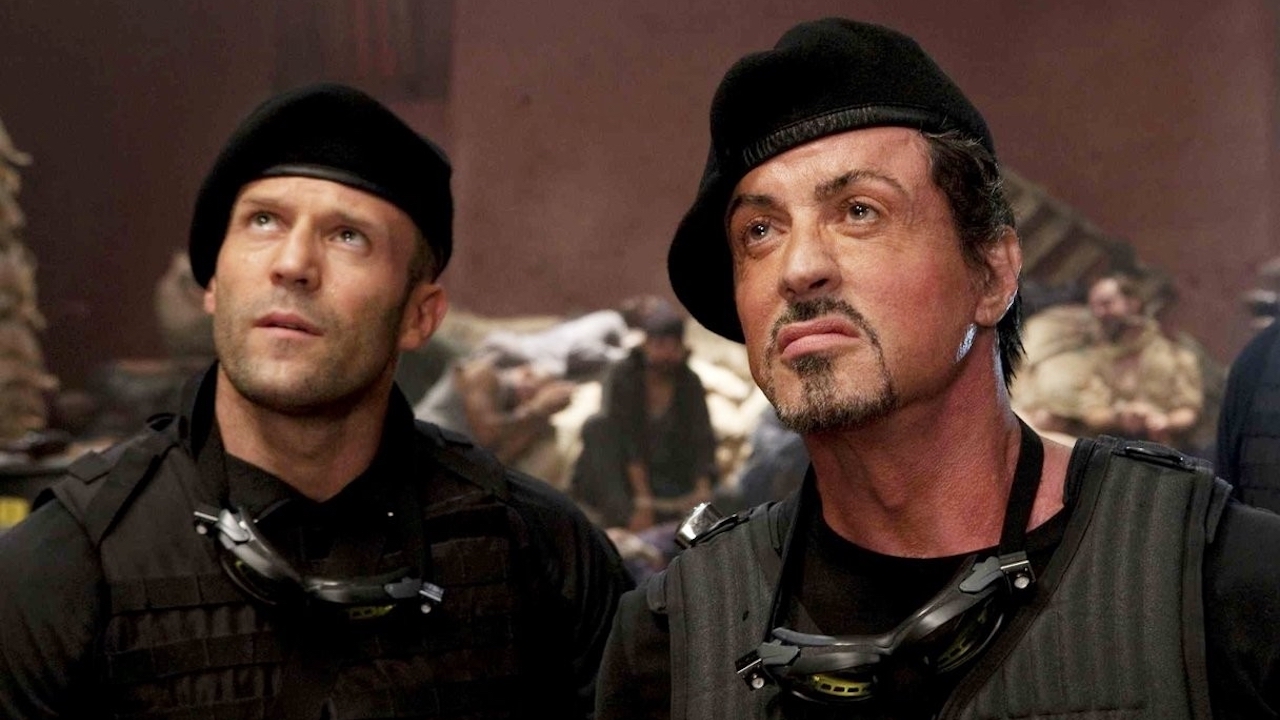 In the first half of the 2010s, many of Hollywood’s greatest action stars and actors from other kinds of pulse-pounding movies joined forces for the Expendables trilogy. Among those leading the pack were Sylvester Stallone and Jason Statham, and now these two have finally reunited for the long-awaited The Expendables 4. With the movie having recently kicked off production, the two men took some time out of their busy shooting schedule to grab a photo together.

It wouldn’t feel like an Expendables movie without Barney Ross and Lee Christmas around, and having last seen them in 2014, these badass mercenaries are finally returning to the big screen in the near future. Take a look at the photo Sylvester Stallone shared on Instagram of him and Statham on set in uniform:

Neither Sylvester Stallone nor Jason Statham certainly haven’t had any trouble getting in front of audiences in the years since The Expendables 3’s release, with Stallone having kept busy with the first two Creed movies, The Suicide Squad and the upcoming Samaritan, among other things, while Statham’s recent credits include reprising Deckard Shaw in multiple Fast & Furious movies, The Meg and Wrath of Man. But now Expendables fans can look forward to these actions icons reuniting for another round of explosive mayhem in The Expendables 4, a movie that long languished in development hell.

The Expendables 4 will also feature the return of Dolph Lundgren’s Gunner Jensen and Randy Coture’s Toll Road, both of whom appeared in all the prior Expendables movies. As for the newcomers, the lineup includes Curtis “50 Cent” Jackson, Megan Fox, Tony Jaa and Andy Garcia, though it hasn’t been revealed yet who they’re playing. No plot details for The Expendables 4 have been revealed yet, other than like its predecessors, it will follow a team of veteran mercenaries. That said, per THR, Jason Statham’s Lee Christmas will have a bigger role this time around compared to Sylvester Stallone’s Barney Ross.

Behind the scenes, Need for Speed’s Scott Waugh is directing The Expendables 4 off a script written by Spenser Cohen, with revisions done by Max Adams and John Joseph Connolly. The first Expendables movie saw Sylvester Stallone taking on directorial duties in addition to performing, while The Expendables 2 and The Expendables 3 were helmed by Simon West and Patrick Hughes, respectively. Altogether, the franchise has collected over $800 million worldwide, so if all goes well, The Expendables 4 will be able to push it past the $1 billion mark.

The Expendables 4 doesn’t have a release date yet, so keep your eyes locked on CinemaBlend for that information and other updates concerning the project. You can learn what movies are on the calendar with our 2021 release schedule and 2022 release schedule.

Previous articleLaw And Order: Organized Crime Just Crossed More Lines With Stabler, And I’m Ready For The Undercover Arc To End
Next articleToo Wild to Be True Doc on Thai Cave