“We’re obviously disappointed,” Kelly Knievel sent an email on Monday. “We are considering our options” at the 9th Circuit Court of Appeals, San Francisco.

The judge wrote that while the Caboom character was “reminiscent” of Knievel, “Disney’s use of Evel Knievel’s likeness contains significant transformative elements” and is not a literal depiction.

Jeffrey R. Epstein, a spokesperson for The Walt Disney Co., sent an email saying that he was on vacation and could not comment immediately.

Kelly Knievel, head of Las Vegas-based K and K Promotions, had characterized the Caboom character as “a direct knock-off of the legend and historical significance” of Knievel’s father, the famous stunt motorcyclist who died in 2007 at 69 in Florida of lung disease.

The lawsuit filed in September 2020 accused Disney and Pixar of intentionally modeling the “Toy Story 4” character on Knievel, whose stunts included motorcycle jumps in 1967 over the Caesars Palace fountain in Las Vegas — including a spectacular near-fatal crash — and in 1975 over a row of buses at Wembley Stadium in London.

Evel Knievel suffered serious injuries in more than 75 motorcycle jumping events. He survived a 1974 rocket motorcycle shot over Snake River Canyon in Idaho, which saw the machine parachuting down to the riverbank below.

The suit noted that an Evel Knievel Stunt Cycle toys released in 1973 featured a Knievel action figures clad in a white jumpsuit, helmet and jumpsuit with red and white embellishments. It could also be propelled using a wind-up device.

The court filing pointed to the film character and his “Duke Caboom Stunt Cycle,” described by Disney Pixar as a 1970s-era daredevil based on “Canada’s greatest stuntman,” clad in a white jumpsuit and helmet with Canadian insignia.

The judge said the film character has a different name and clothing, is Canadian rather than American, and wears a mustache and different hair color and style than Knievel.

“Duke Caboom is not a carbon copy of Evel Knievel minus a few details,” Mahan wrote. “The Duke Caboom action figure is a representation of Disney’s expression in the film and not an attempt to imitate Evel Knievel.” 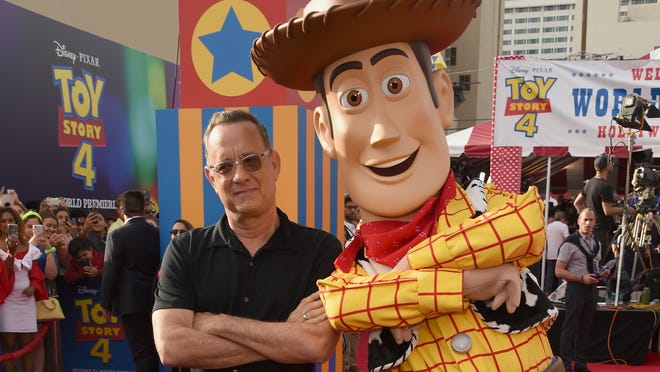 Previous articleGemma Collins Flashes With A Brand New Land Rover Defender Worth £45,000
Next articleNew B & B Spoilers Reveal Eric Forrester’s Hidden Secret About To Go Up In Smokes