English channel: Timeline of tragic deaths that have occurred on the perilous sea crossing 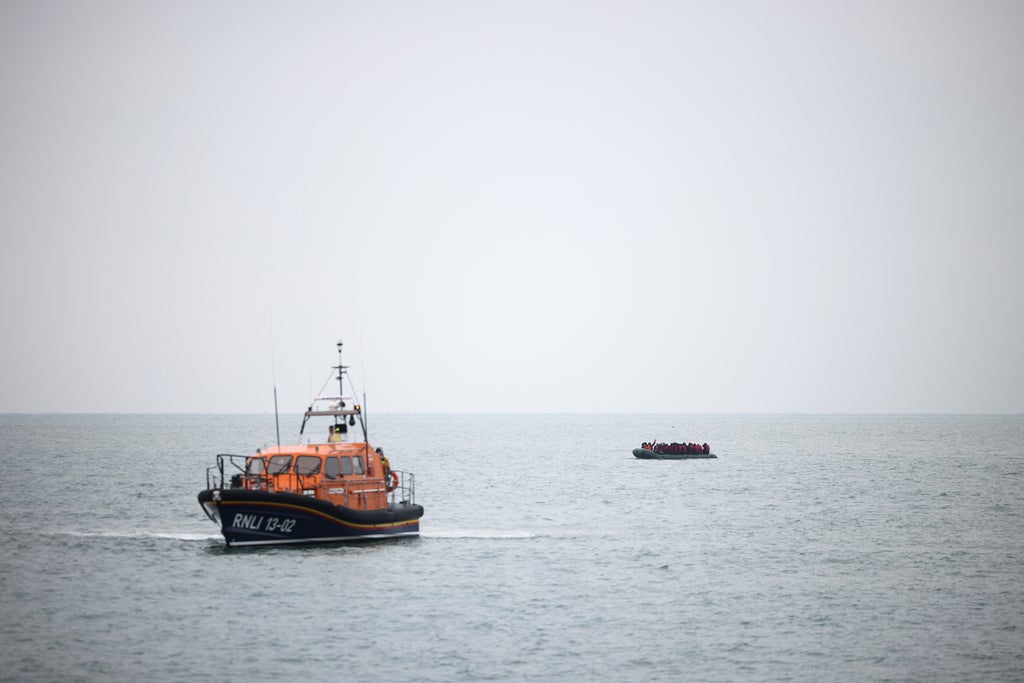 At least 27 people died while attempting to cross the English Channel on Wednesday evening, in the single worst loss of life the crossing has seen since data began to be collected in 2014.

Since the start of last year, more than 30,000 people have risked death crossing to the UK aboard dinghies, kayaks and other small boats.

But the perilous sea journey has claimed many lives, leading to outpourings of grief and repeated promises of action from governments on both sides of the Channel.

There have been more than 300 border-related deaths in and around the English Channel since 1999, according to a report by the Institute of Race Relations, the Permanent Peoples’ Tribunal London steering group and French group Gisti.

Here are some of the most fatal incidents to take place in the Channel in just the last two years:

At least 27 people have died after a ship carrying migrants sank while attempting to cross the English Channel.

The ship, likened to a blow-up pool by French interior minister Gerald Darmanin, set off from between Calais and Dunkirk before sinking into the sea.

Five women and one little girl are among the dead, according to the French authorities.

One person was found dead on a French beach after trying to cross to the UK, while others were treated for hypothermia.

French authorities said the individual was found at Wissant, near Calais, after the discovery of a boat filled with water.

It is believed the person was unconscious when they were pulled from the water and pronounced dead as rescuers returned to the dock.

As many as three people are feared to have gone missing after they tried to cross waters from France to the UK aboard a dinghy.

Two men – both Somali nationals – were rescued off the coast of Essex, but told crews there were initially five people on board.

Sources told the PA news agency that officials cannot be certain whether anyone died because the reports of how many people were in the boat after it entered the sea are unverified.

A 27-year-old man from Eritrea died after he and four others jumped overboard as their boat started to sink in the English Channel.

His 22-year-old girlfriend watched as he entered the water before she was later rescued, a French migrant help organisation told the PA news agency.

After being returned to port in Dunkirk, she later discovered that her boyfriend had died after being taken to hospital.

Around 36 people were aboard the boat trying to cross to the UK when it got into difficulty amid strong seas in the Dover Strait, prompting a huge emergency response.

Three people suffering from hypothermia were taken to hospital after their boat was reported to have capsized in the English Channel.

Firefighters aided two Sudanese nationals who reported that three or four people had been aboard their vessel.

A search and rescue operation was launched to try to find any other survivors and the third person was discovered close to the port of Calais.

Searches at sea for a possible fourth person continued but to no avail.

Tragedy struck again in the Dover Strait in late October 2020, when a migrant boat sank off the coast of France claiming seven lives, including five from a Kurdish-Iranian family.

Three young children, including a fifteen-month-old baby, along with their parents, died, while two other adults are also believed to have lost their lives.

They were from a village near the Iranian Kurdish city of Sardasht, West Azerbaijan province, northwest of Iran.

They attempted to move from France to the UK on a train twice, but both attempts failed, after which they then decided to reach the UK by sea, the PA news agency understands.

The incident is believed to be the single biggest loss of life during the current migrant crisis.

Earlier the same month the body of a man was found on a beach near Sangatte outside Calais, at about 8am on October 18.

The prosecutor of the nearby town of Boulogne-sur-Mer, Pascal Marconville, said it was likely the man had drowned trying to make the crossing and that his body had washed up on the shore just a few hours later.

It is believed he was aged between 20 and 40 and was possibly Iranian.

In August 2020, the body of Abdulfatah Hamdallah was found on Sangatte beach, just outside Calais.

It followed a search and rescue effort launched after a migrant, suffering from hypothermia, said his makeshift boat had capsized at sea and his companion, who could not swim, was missing and may still be in the water.

The Sudanese man, thought to be in his 20s, drowned.

Believed to be from west Kordofan, Sudan, he is reported to have fled his country in 2014 and spent at least two years in Libya before reaching Europe.

The bodies of two Iraqi Kurds were found on a beach in Le Touquet, along the coast from Calais.

Hussein Mofaq Hussein, 22, and Soran Jamal Jalal, 17, are thought to have drowned after falling into the water during an attempt to cross the English Channel in a small boat.

The body of 47-year-old Iraqi Niknam Massoud was discovered on August 23 in the water of the Thorntonback wind farm, off the coast of Belgium, wearing one flipper and a life-jacket made from a rucksack filled with empty plastic bottles.

He is thought to have left Calais to swim to the UK five days earlier, after having been reportedly denied asylum in Germany after missing a registration deadline.

Mitra Mehrad, a 31-year-old Iranian national described by her family as a “brilliant, intelligent woman who wanted to start a new life”, drowned in the Channel while trying to reach the UK on a dinghy with 19 others.

Rescue teams were sent to assist the dinghy in distress and her body was later found in Dutch waters, the BBC reported.