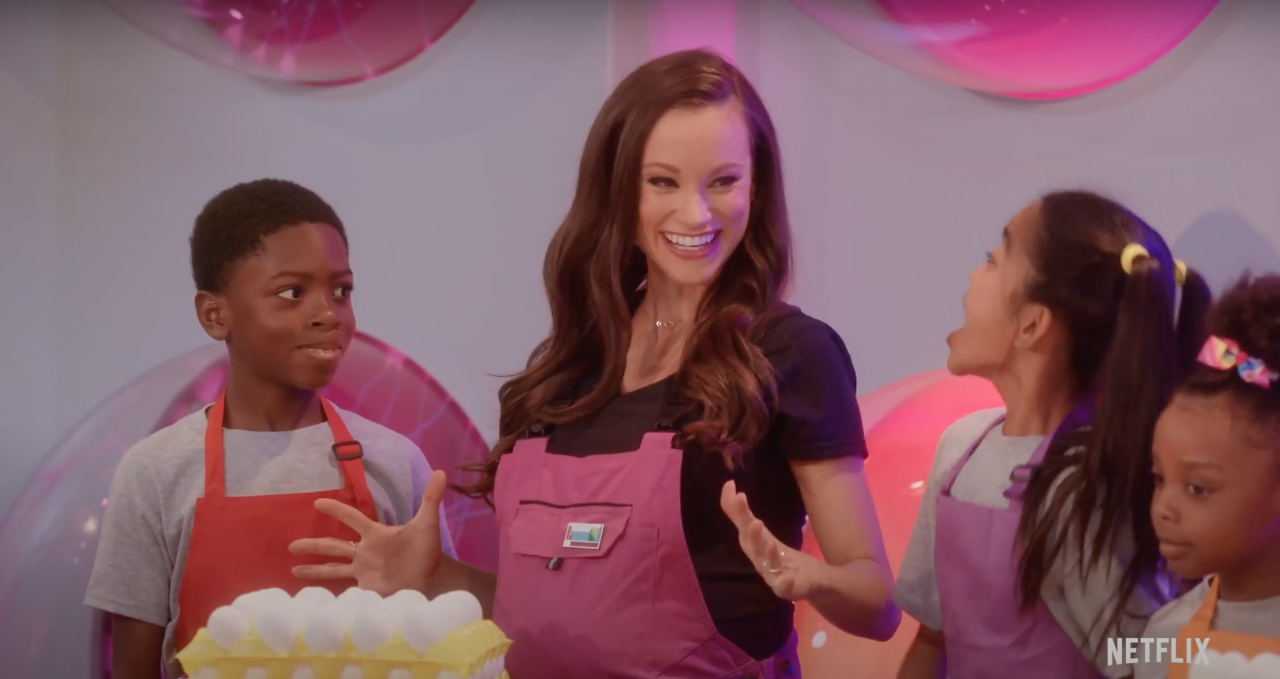 The first season of Emily’s Wonder Lab was released sometime on the 25th of August 2020 on the streaming platform globally. In real life, Emily has graduated from MIT and has a degree in engineering. In addition to a lucrative career, Emily has procured an extensive portfolio as a public speaker, TV Show Host, and author.

Emily’s Wonder Lab was one of the few shows which Netflix canceled since May and June 2021. The live-action show seems to be struggling to get the second season on Netflix for quite some time now. Even if the premise has been outstanding, Emily’s Wonder Lab didn’t procure the attention it needed.

Netflix did come up with a decision not to renew this fantastic kid’s show due to the decline in viewership. The series featured ten episodes which had a runtime of 12-14 minutes.

Each episode explores a new range of topics that range from bowl to air cannon. A kid could learn how to create rainbows using toothpaste. Also, the experiments could be carried out from the things found at home.

Emily’s Wonder Lab Season 2: Petition to Save the Show

After Netflix revealed that the series would not be coming for a second season, a petition began to circulate on Change.org for reviving the series. So far, the petition has accumulated more than 75,000 signatures, as reported by the 7th of July 2021.

Emily also features in Bill Nye Saves the World on Netflix as a series regular. She features in the series as a famous field correspondent. Emily has also hosted a popular show on Fox, namely Xploration Outer Space, which is already a hit.

Emily is yet to comment on the cancellation of the show on Netflix.