Every generation has its biggest superstar and for anyone who grew up in the 80s, Michael Jackson proved himself to be the greatest entertainer of the decade. His music, performances, and influence led to him being labeled as the King of Pop. There have been artists since who have gotten compared to the icon, including Usher, Beyoncé, Bruno Mars, and Chris Brown. Now, Drake fans are debating whether or not the Certified Lover Boy has reached Jackson’s status. 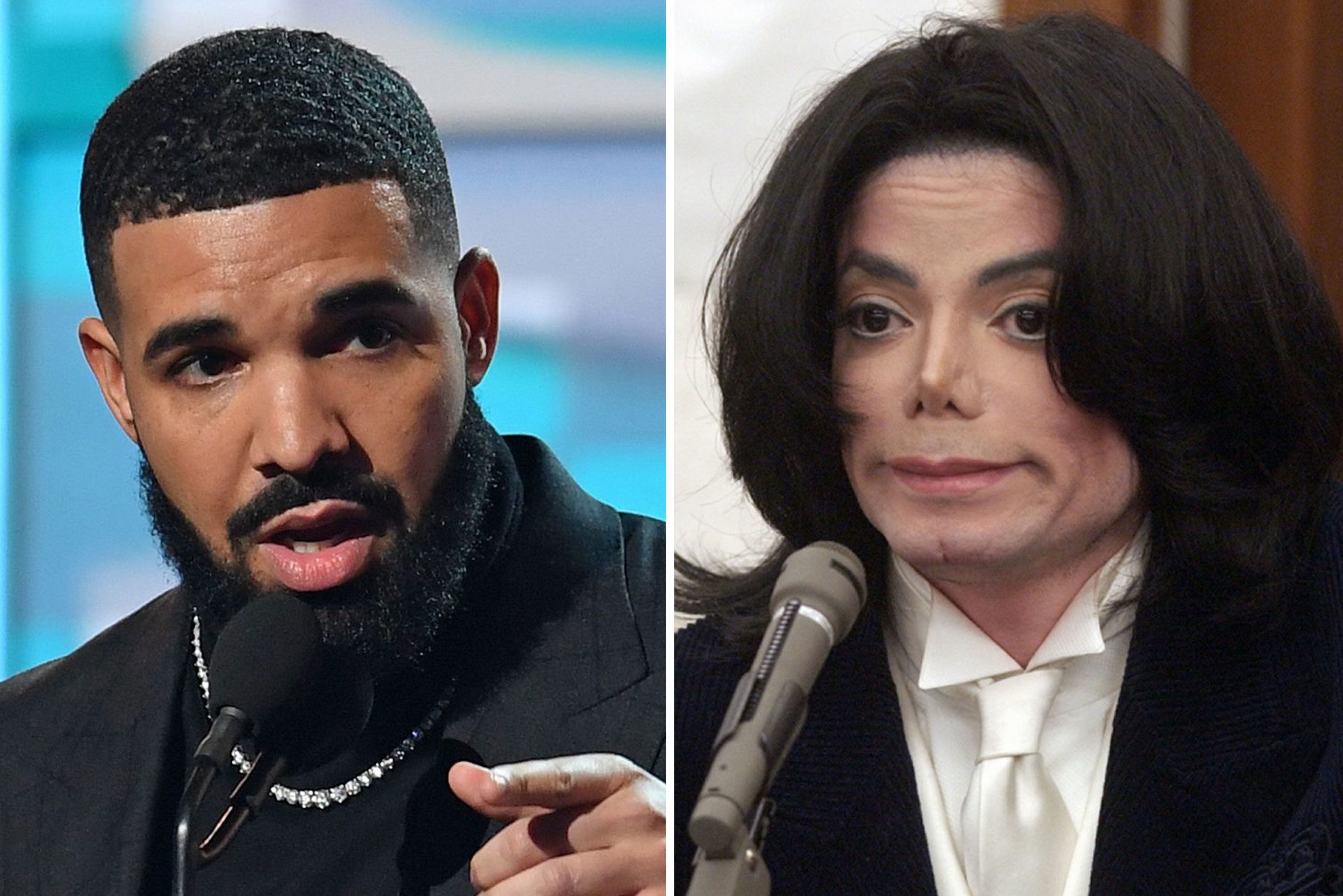 With the release of Drake’s sixth album, he broke not just record sale numbers, but he also made history with streaming numbers. The album had 744 million streams within its first week. It did well on the Billboard charts also. Nine of the songs from the album stood in the Top 10 on the Billboard 100, the most ever Top 10 singles from one album of any artist. Jackson held the previous record with seven for his 1982 album Thriller. The success extended throughout the Jackson family with Jackson’s younger sister Janet having similar success with her 1989 album Rhythm Nation 1814.

Now, Drake stans are comparing his record-breaking moment to that of Jackson’s. However, not everyone agrees and the commentary on social media is brutal.

MJ is the King

This Twitter user gives a rundown of things synonymous with MJ’s star power. He doesn’t list any for Drake.

I just saw a video of Drake walking around a club.. Michael Jackson could not go chill in a club https://t.co/0e8KcDnW6B

This Twitter user says Drake doesn’t have enough star power to even be put in the same category as MJ. MJ famously told one interviewer that he stopped frequenting clubs because he couldn’t enjoy the scene due to his popularity amongst patrons.

Drake’s got it easier 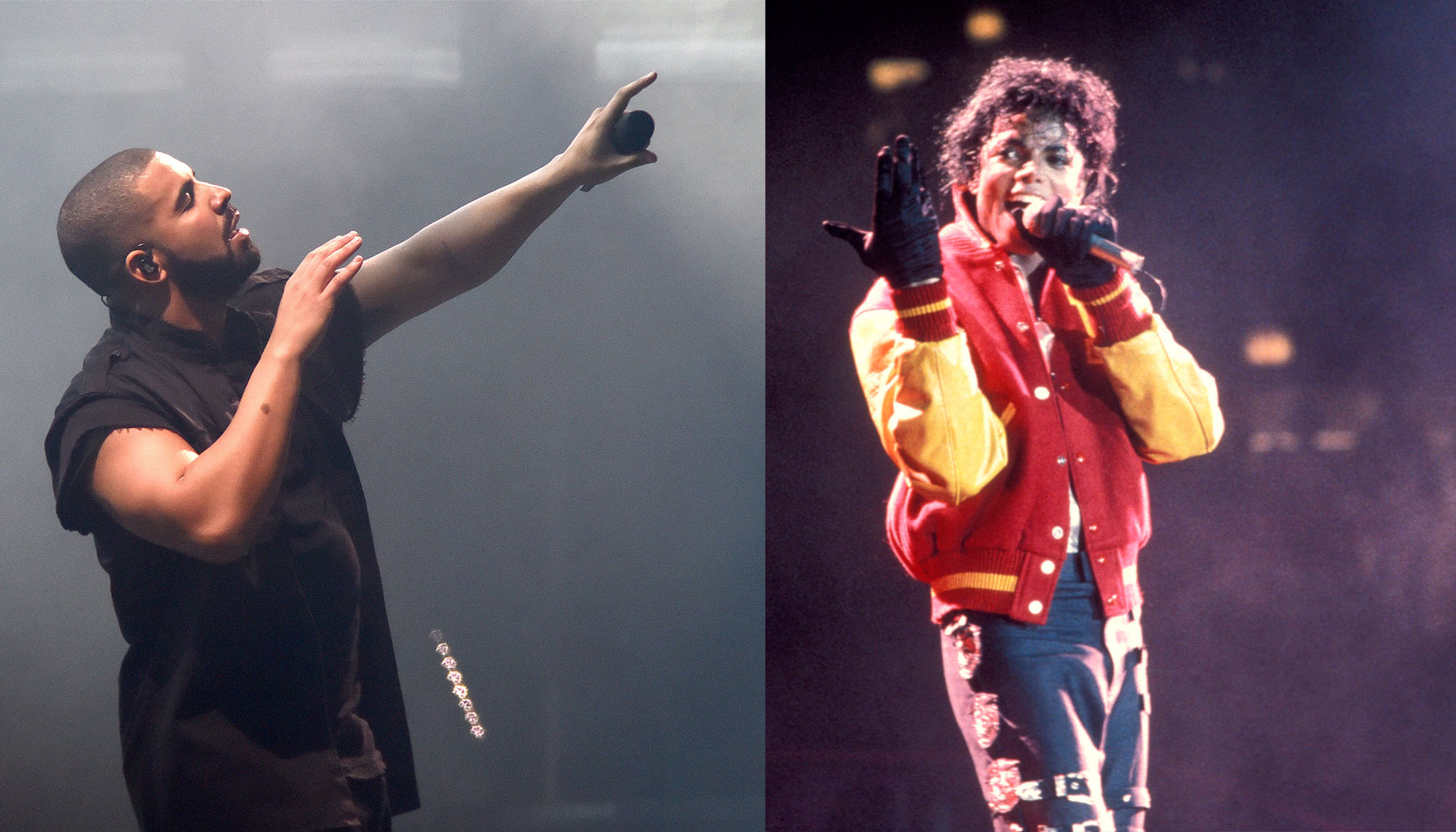 The streaming era we are living in got Billboard thinking that Drake is as big as Michael Jackson when Drake doesn’t even have the pure album sales and global impact to match them. Charts peaks are not everything. https://t.co/2yvIXV8aoB

One Twitter user says an artist’s success cannot solely be measured in record sales since the music industry has changed so much. Drake and MJ are from two different eras where many believe artists from MJ’s time had to do much more work.

Stop with the jokes

Michael Jackson is probably the most famous non religious figure in history.

No one in real life thinks Drake is bigger than Michael Jackson. https://t.co/zdbatvSkmG

This Twitter user says the debate is pointless. MJ has in the past been compared to a god-like figure or a unicorn.

Michael Jackson stood for 3 straight minutes of cheering at the Super Bowl and Drake got booed off stage cause the crowd wanted Frank Ocean. MJ is so far above everyone https://t.co/J9MCMYdoO8

One Twitter user points out Jackson’s iconic Super Bowl performance where MJ’s introduction garnered continuous cheering. Drake on the other hand has been booed before.

Are there drugs involved?

A BOSSIP staffer says someone must be on drugs to compare Drake to Jackson. The staffer also notes that Drake fans haven’t done their homework on MJ.