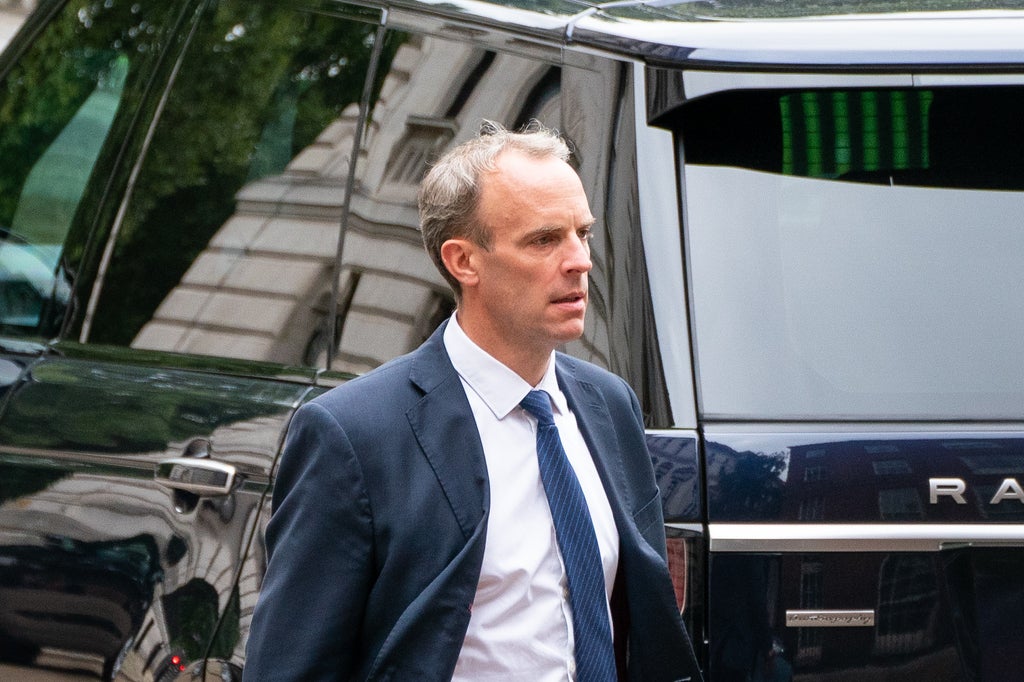 Dominic Raab has suggested that low-level criminals could be enlisted to deal with the HGV lorry shortage and its gone down about as well as you’d expect.

The justice secretary has piped up as panic buying at petrol station forecourts continues amid concerns that temporary visas for migrant workers and enlisting the actual army won’t prove sufficient in curbing the issues.

“We’ve been getting prisoners and offenders to do volunteering and unpaid work,” Raab told The Spectator, in comments carried by The Times.

“Why not, if there are shortages, encourage them to do paid work where there’s a benefit for the economy, benefit for society?

It comes as people continue to stock up on petrol after the supply-chain was affected by a shortfall in drivers – due in part to a backlog of tests that built up during the coronavirus pandemic, as well as those leaving the UK due to Brexit.

Ministers said they expected the situation to improve further, with the first troops driving tankers expected to appear on the roads “in the next couple of days”.

Raab, who has been praised by some for the suggestion, is not the only politician to think out of the box when addressing this problem. Earlier in the summer, Andrew Bridgen blamed the lorry driver shortage on Tony Blair encouraging people to go to university (?!) and John Redwood also over-simplified the crisis to the derision of many.

Politicians say funny things, people post funny memes about those funny things and that – in many ways – is the circle of life. So here’s a taste of that delightful reaction to Raab’s latest comments:

Oh, Raab. We just hope he doesn’t hire anyone arrested for drink driving.

Previous articleMysterious Topic of the Beef between Lil Durk and NBA Youngboy
Next articleGemma Collins Flashes With A Brand New Land Rover Defender Worth £45,000