Dominic Raab has been urged to “find a backbone and resign” after MPs criticized his handling of the Afghanistan crisis. Labour told the Foreign Secretary the coordination between his department and the Ministry of Defence to assist people seeking to flee Afghanistan is “still appalling” despite the efforts of some “very hardworking” civil servants.

The SNP ’Stephen Flynn (Aberdeen South), went one step further and asked why Mr. Raab took a holiday to Crete, despite concerns raised in July about the future of Afghanistan. He also added: “When’s he going to find a backbone and resign?”

But Mr. Raab replied: “He referred to the risk report that the management board received in July, it’s a standard monthly report, it goes to senior officials. “It didn’t contain any novel or new intelligence assessment.

“What the July document made clear was that our central planning assumption at the time was the peace process in Afghanistan would probably run for a further six months. “So we followed all that advice while at the same time preparing our contingency plans for the evacuation.”

By mid-August, the Taliban had regained control over most of Afghanistan. A full flight of 265 people, with support from members of the UK Armed Forces, onboard an evacuation flight leaving Kabul Airport, Afghanistan. 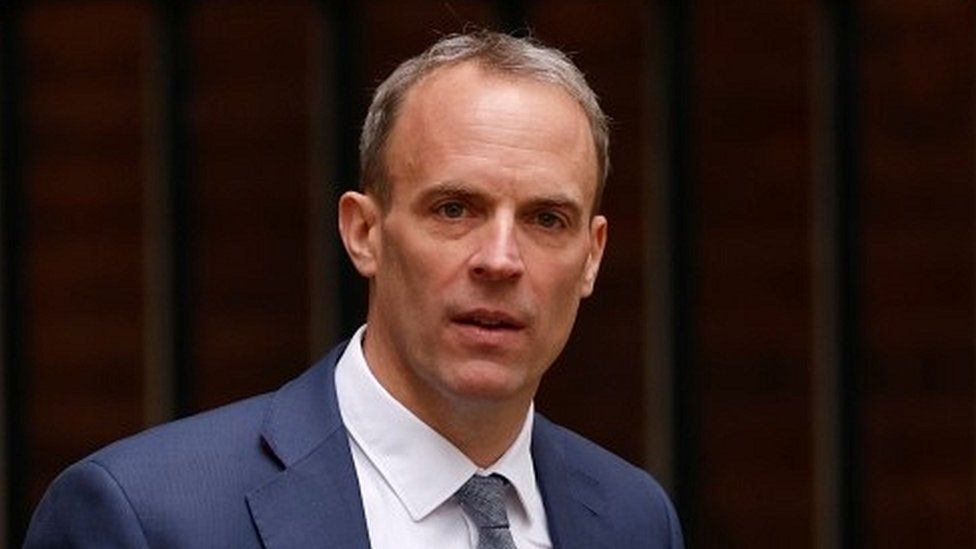 Raab repeatedly stated that the UK would not recognize the Taliban as the government for Afghanistan. He also noted his “skepticism is quite deep” as their assurances.

Labour’s Harriet Harman (Camberwell and Peckham) earlier warned that the Afghan citizens’ resettlement scheme “is going to end up as a lottery of life and death”.

She inquired about the number of Afghan citizens “who want and need to flee here from Afghanistan and have already asked”. PM is “incapable of international leadership” as hundreds of Afghans are left behind. The defense minister reverses his claim that some veterans committed suicide after the withdrawal of Afghanistan.

Ms. Harman stated: “How will the Government in practice decide between those who will be the lucky 5,000 and be allowed to come here and those who, though meeting the criteria, will because of the 5,000 caps be refused and face a terrible fate at the hands of the Taliban?

“I think the reality is unless they increase the 5,000 caps, the Afghan citizens’ resettlement scheme is going to end up as a lottery of life and death.”

Mr. Raab replied: “I think she’s right to say frankly even if we doubled or tripled the quota, the number of people fleeing Afghanistan is going to outstrip what the UK would be able to take alone.”

Shadow foreign secretary Lisa Nandy stated: “The coordination between the Foreign Office and the Ministry of Defence, despite some very hardworking civil servants on the ground who are working round the clock, is still appalling.”

She also wanted to know how many calls were being handled by the crisis center. The Foreign Secretary said: “Since August 11,(the Foreign, Commonwealth, and Development Office crisis center) has handled more than 44,000 calls. “We surged 45 members of FCDO staff and 35 staff from other departments.

Also, Mr. Raab told MPs that there was “clearly a difference” between the Taliban and terrorist groups such as Isis-K – the affiliate of the so-called Islamic State in Afghanistan – and al Qaida. He added: “Indeed, there is suspicion that the Abbey Gate attack from Isis-K, that part of the intention was to target the Taliban.”

Bold And The Beautiful Eric Needs To Make Himself Happy Quinn’s Too Selfish B and B Spoilers!

Bold And The Beautiful Eric Needs To Make Himself Happy Quinn’s Too Selfish B and B Spoilers!