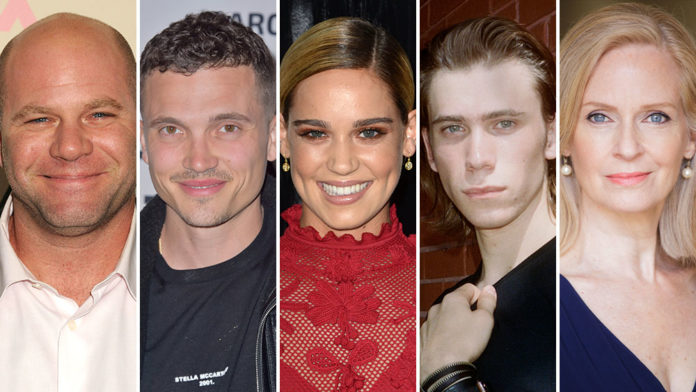 The first feature from director Grant Singer picks up following the brutal murder of a young real estate agent, following a hardened detective (Del Toro) as he attempts to uncover the truth in a case where nothing is as it seems. In doing so, he finds himself dismantling the illusions in his own life.

Singer wrote the script for Reptile with Benjamin Brewer, with Netflix acquiring worldwide rights to the film from Black Label Media late last month. It’s not yet clear what roles the newest cast members will play.

Lombardozzi is perhaps best known for his turn as Det. Thomas ‘Herc’ Hauk in HBO’s The Wire, and as Ralph Capone in the premium cabler’s crime drama, Boardwalk Empire. He’ll next feature in HBO miniseries We Own This City, and in John D. Eraklis’ animated film, Pierre the Pigeon-Hawk. Lombardozzi has also previously appeared in series including Billions, Mrs. Fletcher, Magnum P.I., Power, The Deuce and Rosewood, along with films such as The King of Staten Island, The Irishman and Bridge of Spies. He is represented by Gersh and Leverage Management.

Glusman found his breakout role in Gaspar Noé’s Cannes title Love, going on to appear in films including Greyhound, Nocturnal Animals, and The Neon Demon, in addition to series such as Devs and Gypsy. The actor will next appear in Nick Cassavetes’ crime drama God Is A Bullet; in the Amanda Kramer pic Please Baby Please, alongside Andrea Riseborough, Demi Moore and others; and in Chloe Okuno’s Watcher, also starring Maika Monroe. He is repped by WME, Ilene Feldman Management and Ziffren Brittenham.

Lutz’s film credits include F. Javier Gutiérrez’s horror pic Rings and Coralie Fargeat’s horror-thriller, Revenge. She’s also appeared in the series Medici and Fuoriclasse for Italy’s Rai 1, and in Canal+’s They Were Ten, among others. She is repped by Gersh, Time-Art (France), and Jackoway Austen Tyerman.

Teague currently stars as Harold Lauder in Paramount+’s Stephen King series The Stand. He’s also starred on the TV side in HBO’s Mrs. Fletcher, alongside Kathryn Hahn, and in Netflix’s Bloodline. His film credits include It and It Chapter Two, as well Scott McGehee and David Siegel’s upcoming Montana Story, among other titles. He is repped by CAA, Brevard Talent Group and Myman Greenspan Fox.

Dyer is an Emmy-nominated actress who can currently be seen in the second season of Apple TV+’s The Morning Show. She’s also featured on the small-screen in The Haves and the Have Nots, The Resident, Stranger Things, Army Wives and more, along with such films as Nappily Ever After, The Darkest Minds, I, Tonya, Megan Leavey and The Founder. She is with Atlanta Models and Talent, HRI Talent and Huxley Entertainment Management.