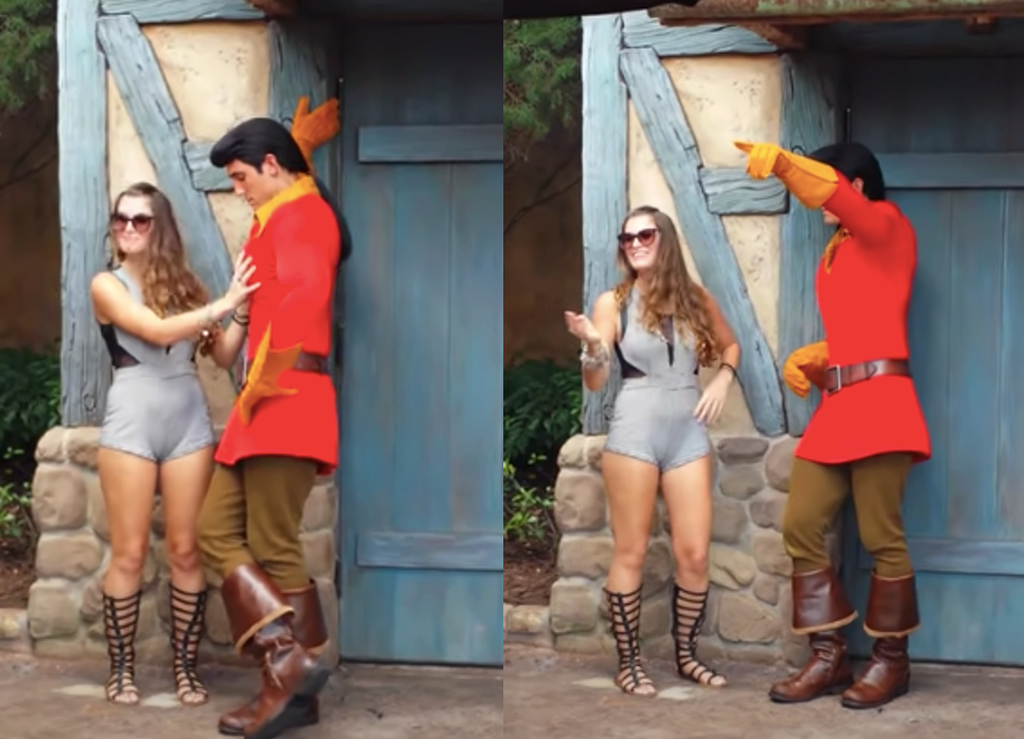 A resurfaced video filmed at Disney World has sparked debate about how visitors should respectfully treat actors at theme parks.

The video, which was originally shared on YouTube in 2015, shows a woman approach an actor who is playing Gaston, the villain from The Beauty and the Beast, for a photo.

After touching Gaston’s chest, the woman becomes flirtatious and things quickly turn sour. The actor immediately responds angrily and tells the woman to get out.

The woman seems confused by what had just happened and begins laughing and even tries to touch the man’s chest again.

She eventually leaves when she realises the actor isn’t going to get back into character. The clip ends with the man yelling: “You’re done,” and that “there are children [here].”

Six years later, the video has resurfaced after it was shared on TikTok by user Evan Snead, who said the footage “just boils my blood” and went on to explain why people shouldn’t treat the Disney actors like this as most people wouldn’t want to be unsolicitedly touched at their own place of work.

“If you do not want a stranger going up to you, in public, at your place of work, and putting their hands all over you, then don’t do it to the characters,” Snead says so. “The characters want you to have a great time, and enjoy meeting them, but it is their place of work. It is a family place of business.”

The video has been viewed more than 12 million times since Snead shared it on TikTok and it has predictably ignited a fierce reaction from viewers, aghast at the woman’s behaviour.

“The fact that she didn’t seem to understand why he was making her leave infuriates me! Why would you think it’s ok to touch somebody you don’t know?” One person spoke out. “How about we don’t touch anyone without permission?” Another wrote.

Some people tried to defend Gaston and criticised Gaston’s overreaction. One person said: “I feel like he overreacted, you can educate someone on proper adequate [sic] without embarassing them.” Another wrote: “He shouldn’t have screamed so loud because like he mentioned himself it’s a family place and for the character to scream like that…”

Snead, who regularly makes videos about Disney and their theme parks, has since told The Independent: “I hope it sheds some light on treating others with respect and reaches people who otherwise wouldn’t have known proper etiquette when it comes to meeting Disney characters.”

Previous articleAngie King, Jo Koy’s ex is who?
Next articleFortnite Players Warned To Change Password Today! As Huge Hack Attack Breaks Down And targets all gamers!