The latest Thai Drama on Netflix “Deep” has a different story to tell. Unlike most Thai movies made in the sci-fi genre, Deep takes a rather unique turn, which falls right in the category of some Hollywood sci-fi thriller productions. Are you a fan of Thai dramas? Then you should definitely go check out Deep because it has many things to offer the viewers.

Here’s a small review of the latest Thai production on Netflix, Deep, its plot, cast and other details you would want to know. 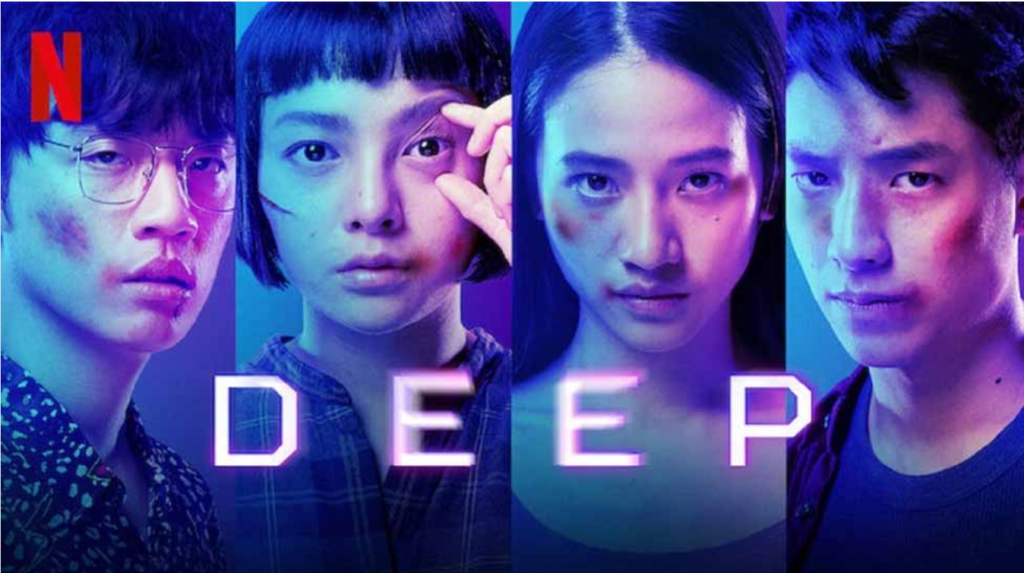 Deep centres around the lives of four insomniac med school students who go aboard an experiment called “Deep” conducted by a German pharmaceutical company. The company aims to revolutionize the pharmaceutical business by using Qratonin, a substance released by the thalamus in the human brain that helps us stay awake, to treat brain dead patients. And these four students are the key to extracting Qratonin in three levels and complete the experiment. So why are they doing this? Money! They get rewarded upon the completion of each level if they make it to the next.

And the twist factor- their heart stops and they die if they fall asleep for more than 60 seconds!

The Thai drama opens by featuring our protagonist Jane, who is in dire need of money. Jane is a quiet, simple and studious girl who has to take care of her grandmother and sister too. She seems to fall into debt with her home loan when she finds out from her professor she could volunteer for drug research related to insomnia and that they pay well. She is then introduced to the project Deep.

As she starts her first level, she meets the other three central characters of the movie. We have Win, a party animal who spends most of his time in nightclubs than in classrooms. Then we have the school’s popular girl and beauty blogger, Cin. With her good grades, she was forced into med school as opposed to her interest in Communications which doesn’t help her sleep well without sleeping pills. And finally, we have Peach, He is a game nerd. Although he has thousands of friends in the virtual world, he is the opposite in the real world. 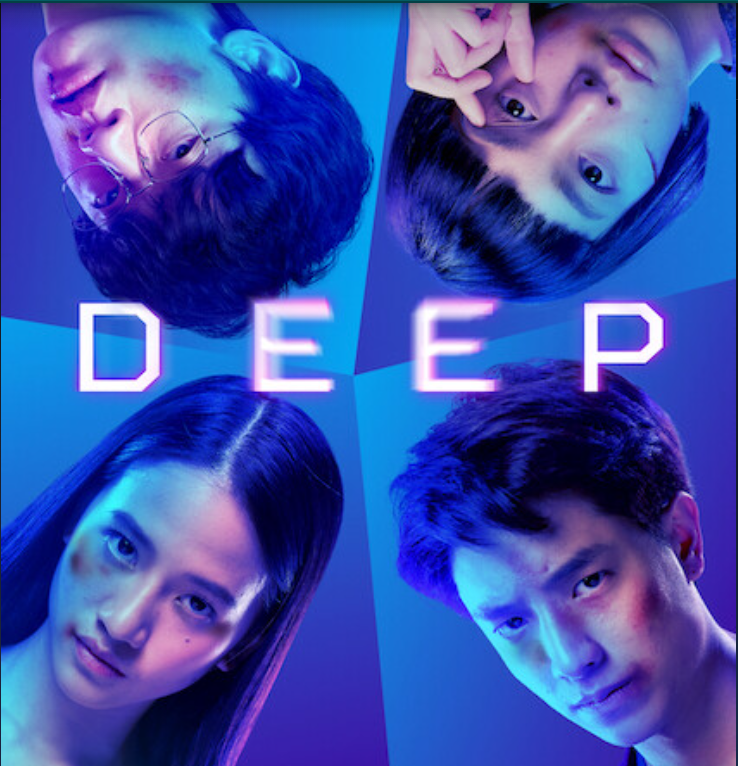 They have one thing in common. Insomnia and the interest or need for money! None of them can sleep well at night and this way, it’s easy money.

Spoiler alert! Level 1 moves on quickly and within a half-hour into the movie, we reach level 2. Here starts the side effects and hallucinations. They discover that there are many others like them in their school who are also part of Deep. The four finds a way to fight the tiredness and increase Qratonin levels soon.

As we move on through the movie Deep, the story opens up to the project of how they want to discontinue being part of the experiment at level 3 after a shocking turn of events. What follows in the Thai drama are sequences to explore the personal lives of our central characters. The viewers are taken to glimpses of their realities.

Also, there lies a twist in the movie which reunites the four with the project Deep. Lives are at stake and they have to make a choice. This time, they are ready. They get help from their professor who finds out the truth about the project. But can they fight the hallucinations? The real twist lies ahead.

The movie takes the shape of a teen drama on different occasions as opposed to a sci-fi thriller. But there are certain suspenseful and thrilling sequences which are interesting. The actors have portrayed the plights of the characters under the effect of the experiment very well. The actions of the characters in the last half hour of the movie are really intense. Sleep-deprived for days, that was sure to be presented at some point in the movie.

Deep might not cater for the needs of every viewer but I wouldn’t say it’s a bad watch. Sometimes the Qratonin levels in your body might not help you reach level 3 of the movie Deep as the action and drama presented in the last half hour don’t meet you anywhere until then. It’s doubtful the movie classifies for a thriller taking into consideration the very slow development through the 1-hour 41-minute runtime. Deep is a mediocre movie as such and could have improved the premises and developed into something more. There are both pros and cons to this 2021 release.

The 2021 Thai Drama Deep is available to stream online globally on Netflix.

When is the release date of the Sci-Fi Thai Drama “Deep” on Netflix?

Deep was released globally on July 16 2021 on Netflix.

Who are the cast members of the 2021 Release Sci-Fi Thai Drama “Deep”?

The sci-fi movie Deep stars Panisara Rikulsurakan, Kay Lertsittichai, Supanaree Sutavijitvong, Krit Jeerapattananuwong in the central roles among others. An interesting factor to be noted is that the Thai production has on board a crew of five directors and six screenwriters.

Feel free to let us know in the comments how deep you went to watch the latest Sci-Fi Thai drama Deep and share your insights.