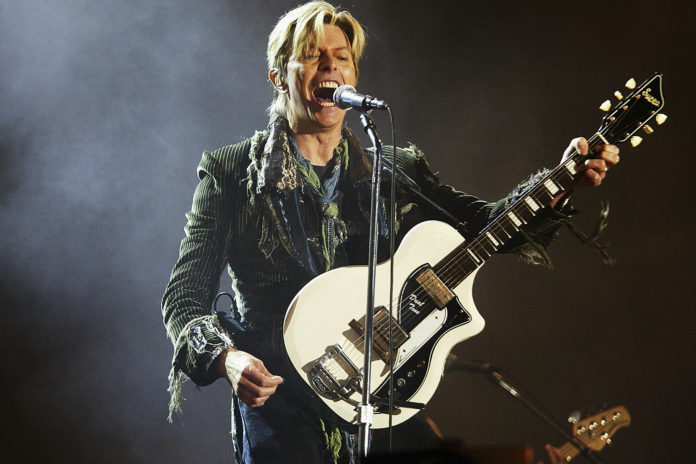 Earlier this week, an 11-disc David Bowie box set was announced covering the period from 1992’s Black Tie White Noise through his lost 2001 LP, Toy, which will finally come out as part of this set. It’s packed with rare live cuts, remixes, and studio outtakes along with two discs of alternate takes from the Toy sessions.

It’s the fifth Bowie box set of this nature to come out since 2015, and the collections now cover his career from 1969 to 2001 in incredible depth across 57 discs. Plans have yet to be announced for the final chapter, but the David Bowie estate and Warner Music Group signed a partnership in September for the rights to the music Bowie created from 2001 to his death in 2016. That includes 2002’s Heathen, 2003’s Reality, 2013’s The Next Day, and 2016’s Blackstar.

This paves the way for a pretty amazing box set, and it will almost certainly include recordings from his 2003–04 Reality Tour. His November 2003 stand at the Point Theater in Dublin, Ireland, was already documented on CD and DVD, but that was a very early show on the run, and it only got better as time went on. To fight off boredom and surprise the audience, Bowie rolled out long-neglected songs like “The Bewlay Brothers,” “Diamond Dogs,” “Blue Jean,” and “Fantastic Voyage.” No other tour in his history drew from such a large reservoir of material, and no two nights were the same.

This was before the era of cellphone cameras and many shows are only available in audio, but someone managed to sneak a camera into the Jones Beach concert in Wantagh, New York, on June 4th, 2004. Here’s video of “Quicksand” and “Modern Love” from that gig. The latter song was one of his biggest hits, but he retired it from his repertoire after his 1990 Sound+Vision tour and didn’t bring it back until 2003.

At the very least, let’s hope the final Bowie box set includes either one great unreleased show from the Reality tour or a hodgepodge of great moments from throughout the entire thing. There’s also the real possibility that there are incredible outtakes from the Blackstar sessions nobody has ever heard. Bowie had one of the greatest final acts in rock history, and it’s time we had a deeper understanding of everything he created during that time.