Beckham was at the top of his game when Brady replaced Drew Bledsoe. He was fresh from winning his third consecutive league title for Manchester United, a tenure later immortalized in Bend it Like Beckham. Beckham was a member of multiple teams before retiring in 2013. Famously, Brady is still the Tampa Bay Buccaneers’ reigning champion.

In his essay, Beckham writes that he’s been a longtime admirer of Brady’s. “when I came to the States to live and play football, I became a true fan. I’m proud that I also get to call him a great friend.” Beckham arrived in the States to play for the LA Galaxy in 2007. Brady had already won three Super Bowls. 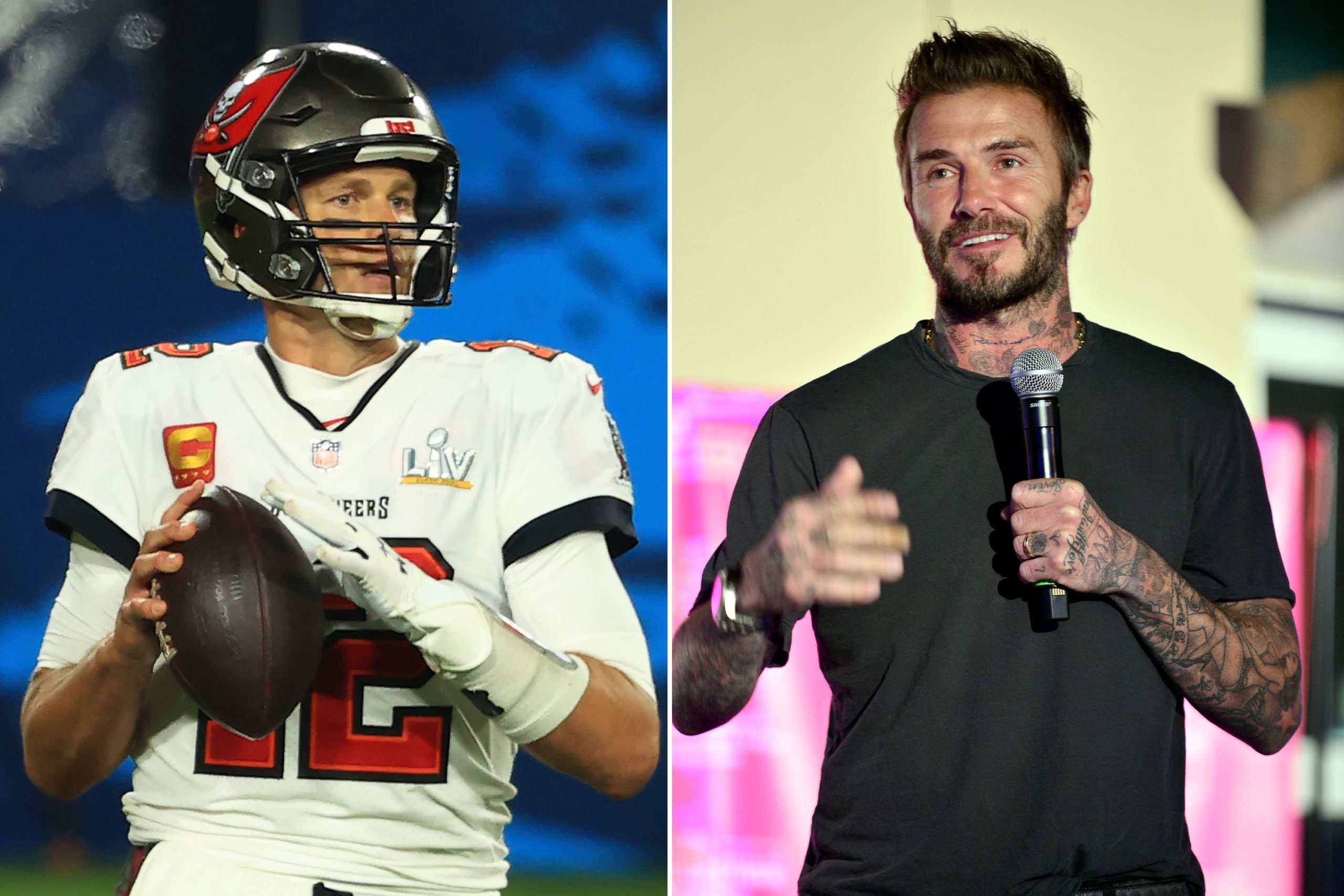 Brady has the nickname the “GOAT” for a reason: he’s among the greatest and most successful athletes that have ever lived. Beckham eloquently likens him to fellow masters Roger Federer and Michael Jordan: “Tom Brady is an iconic sportsman whom people know, see and admire. Even if you don’t follow American football, you want to watch Tom Brady play.” He comically adds that part of his appeal is “because he’s so goddamn good-looking!”

Beckham discusses Brady’s neverending list of achievements: seven Super Bowl victories, five Super Bowl MVP awards, and 10 Super Bowl appearances. The kindest words are reserved for the ending, where the hall of Famer says Brady is the “peak of athletic excellence.” He calls Brady “one of the greatest quarterbacks to ever play American football” and “a true competitor.”

Brady is “a personal hero of mine,” Beckham concludes. He finally extols Brady for not just being a great sportsman, but also a “great human being, a great father, family man, friend, and partner. He’s simply the best.” Brady’s story is still unfished, for he and the Buccaneers are favorites to win another Super Bowl this year.

Beckham has much to be proud of. His son Brooklyn will soon get married to The Last Airbender star Nicola Peltz. Although tabloids often make fun of his marriage to Victoria, they are not true. He and Victoria are as happy as ever now that he’s settled into retirement. One can’t help but wonder when, if ever, Brady will join him.

Previous articleRoyal Navy reveals why portraits of Queen are crossed out with red tape in submarines
Next articleBritain Biggest Family New Revamped Home Tour of With The Mother Of 22 Children!