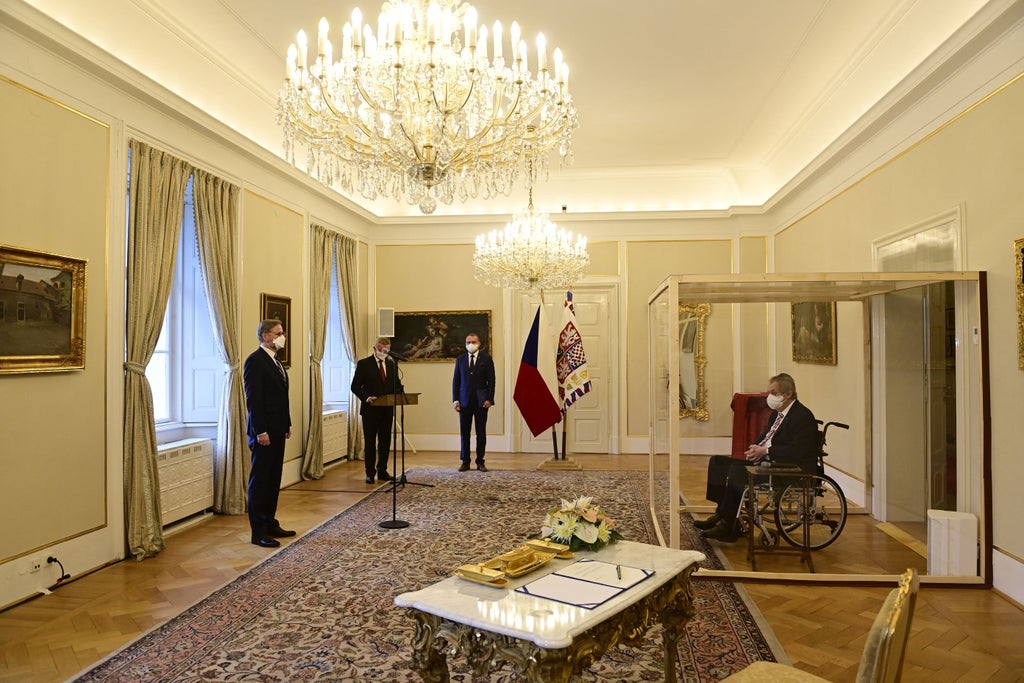 The Czech President just had to swear in the new prime minister, Petr Fiala, from a plastic box because that is the level of dystopia we have reached.

Miloš Zeman, tested positive for coronavirus late last week, meaning he had to perform his presidential duties, which include selecting a prime minister to form a governmental coalition, at a pretty safe distance.

“I will do everything to make the government one of change for the future, which will take this country out of the current difficult situation [and] solve the burning problems that afflict us,” Fiala said after the brief ceremony.

As well as the industrious box, Zeman was accompanied by health workers dressed in full hazmat suits and was seated in a wheelchair on Sunday.

Meanwhile, the news comes amid a new surge in COVID-19 cases in the country, with close to 28,000 cases recorded on Friday – a new record. The country has recorded more than 2.1 million cases since the start of the pandemic.

Zeman said he would meet candidates for the ministerial roles to discuss their future jobs, despite the choice being the new prime minister’s. The PM is expected to make these appointments in the middle of December.

Previous articleMarvel’s most exciting Doctor Strange 2 cameos could be confirmed
Next articleRidley Scott May Be Anti-Superhero Movie, But He Had A Strong Reaction To Joaquin Phoenix In Joker