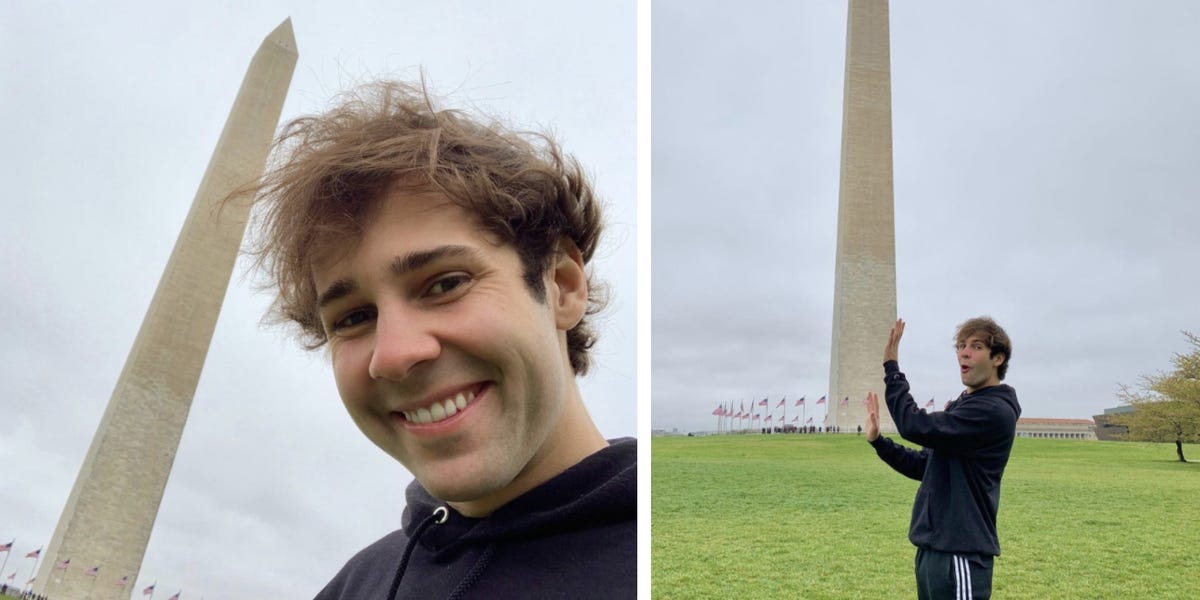 David Dobrik says he’s back in the US after he claimed he was stranded in Slovakia because it was “a lot harder” than he thought to get his green card. YouTuber David Dobrik posted a picture on Thursday of him in front the Washington Monument.

Separately, Dobrik’s publicist confirmed to Insider, “David is in the US and has his green card.”

Dobrik, 25, was born in Slovakia but moved to the US when he was 6 and became a DACA recipient (the Deferred Action for Childhood Arrivals program), which allows children of immigrants to live in the US. He returned to the US only once more, in September, when he surprised the Vlog Squad with a trip abroad.

Dobrik stated in his last video that he was undergoing the process to obtain a green card to be a permanent resident of America. This would allow him to leave and return to the country without approval from the government. However, he posted an Instagram Story on Tuesday indicating that he was having problems with his immigration status.

Before his return, Dobrik and his friends documented their European tour alongside Discovery+, which is making a 10-part series called “Discovering David Dobrik” about the YouTuber’s trip to his birthplace.

“THEY LET ME BACK INTO AMERICA!!” Dobrik wrote the caption to Thursday’s Instagram.