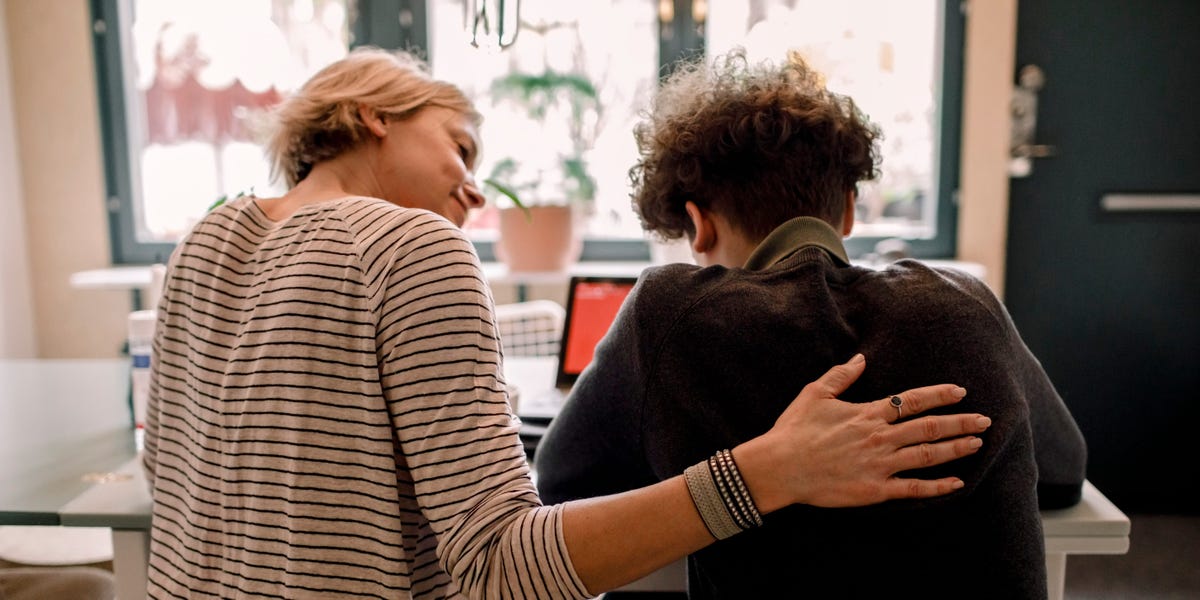 My 14-year-old grows paler by the day. The bags under his eyes turn a deeper shade of purple. He’s more anxious and more upset. A second school quarantine is taking its toll.

The first time we locked down in Los Angeles, in March 2020, it was annoying but a novelty. None of his friends had COVID-19 and, hey, he didn’t have to go to middle school.

This time, almost all his friends had COVID-19 over the winter break because of the Omicron surge, and his high school offered remote-learning packets the first week back.

The second week he was too anxious to go, even though cases at school were down to six from 23. “Oh, only six!” he said sarcastically when I suggested he return.

We are always on our last school closure until the next one happens. It’s been two years already. The effects of a lockdown for a week, or even “just” two, are more far-reaching than they may seem. I worry that this will affect my son for years to come in a way I’m not prepared to handle as a parent. Even though kids don’t come with an instruction book, we were really not prepared to deal with a pandemic and isolation.

My son spends all day in his room now

My son complains that schoolwork is impossible to do over

. He doesn’t think his ADHD medicine is working, although this may just be because he’s at home all the time.

He texts us from the confines of his room that he’s hungry but refuses to eat if it means leaving his room. We offer choices of his favorite foods, but unless we bring it to him, which we usually won’t, he texts “NVRMD.” Never mind. He’s on a hunger strike.

I beg him to go out in the sun. His sliding-glass bedroom door leads directly to the backyard. Get some fresh air. You’ll feel better. But he sits in his room in the dark, blinds closed, draped in a wearable sherpa-lined blanket in 72-degree weather, leaning into his growing

I knock hesitantly on his door. “WHAT!” he shouts. I can’t discuss anything with him. Schoolwork is off limits. Homework is the same. What does he do all day? I don’t know. He won’t say. When I attempt to text him, trying another way to communicate, he just says, “Stop” — even when I say I love him and care and just want to help. He’s shutting down.

Teens are social by nature and not made for isolation

Fourteen-year-olds are not built for quarantine.

They’re built for socializing and goofing off in groups, ordering Starbucks with silly names to be called out by baristas, playing pranks on their teachers. They’re not made for dealing with the possibility of catching a potentially deadly disease and bringing it home to their parents, another fear of his. They’re made for a carefree life — riding bikes in the sunshine with the wind in their hair and ruddy cheeks from racing each other.

Instead, my kid is sinking into himself. His grades are plummeting. What used to take six hours in school lasts well into the night. He’s lost interest in video gaming with friends, his passion. He plays alone. He’s scared. The school isn’t bringing in counselors or offering extra support services. It’s business as usual. Except even in a district email, the school said that the number of students missing is “visible.”

What they don’t notice is that the students at home by choice, but not really, are invisible.

Previous articleGet Back’ From Disney, Imax Back At The Box Office
Next articlePolice Department in Georgia Wants Residents to Celebrate Valentine’s Day by Snitching on Their Criminal Exes