Conspiracies and false claims about the Facebook outage are running wild 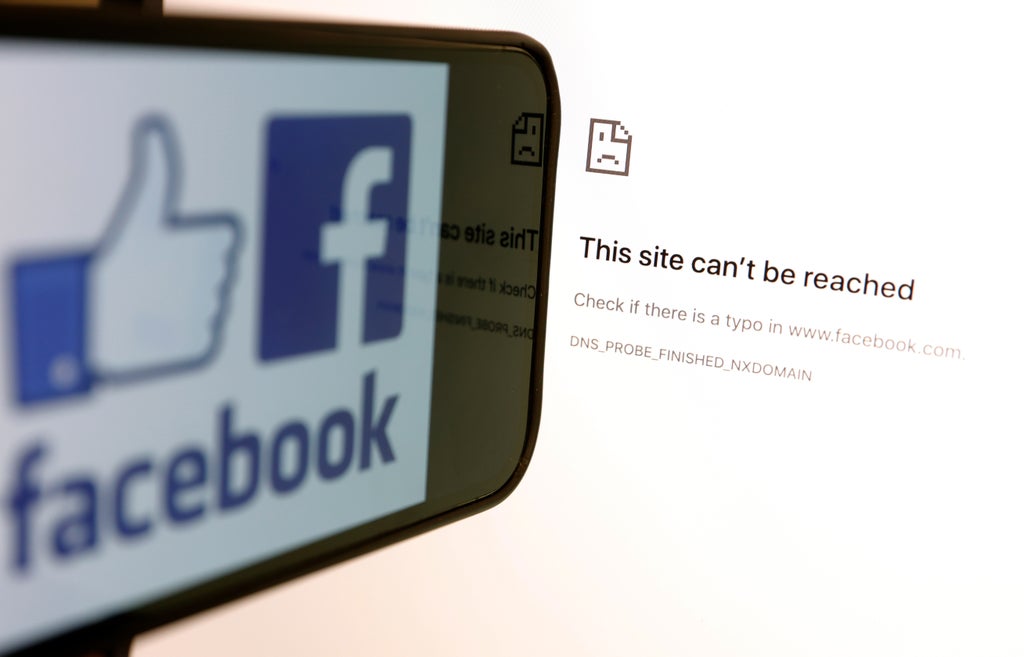 Facebook and its associated apps, Instagram and WhatsApp, all went down on Monday night causing an outage that lasted around six hours.

The problem has been put down to a “faulty configuration change” which was said to have occured around 5pm GMT.

In a statement, the social media giant explained: “Our engineering teams have learned that configuration changes on the backbone routers that coordinate network traffic between our data centres caused issues that interrupted this communication.

“This disruption to network traffic had a cascading effect on the way our data centres communicate, bringing our services to a halt.

“We want to make clear at this time we believe the root cause of this outage was a faulty configuration change. We also have no evidence that user data was compromised as a result of this downtime.”

Full service across all the apps and websites was restored around 11pm GMT but in the meantime, theories as to what had actually happened began to run wild, with many people buying into the seemingly baseless conspiracies.

A satire account on Twitter spread a rumour that the outage was caused by a Chinese hacking group, the name of which should have alerted people to the fact that this wasn’t serious at all.

One theory that was shared by several big Twitter accounts and really caught steam was that somehow a Facebook employee had accidentally deleted the website’s master code meaning that Facebook and Instagram could be “gone forever”.

This clearly didn’t happen and it also had nothing to do with the Facebook whistleblower Frances Haugen, a former product manager of Facebook’s civic misinformation team, who recently leaked thousands of potentially damaging documents to The Wall Street Journal.

However, her name was still bandied around by some who found the timing of the outage suspicious, as it happened less than 24 hours after she had spoken to 60 Minutes on CBS.

Another theory that was quickly debunked was that Facebook’s data had been circulated on a hacking forum. However, it was noted that the data had been online for around two weeks already and was reportedly part of a scam.

Of course, the most bizarre theory had to come from followers of the QAnon conspiracy who believed that crash was part of the ‘10 Days of Darkness’ belief which would somehow coincide with Donald Trump being reinstated as president.

Beyond conspiracies, Facebook did actually suffer because of the outage and saw its share price plummet by around 4.9 per cent in the hours it was out of action.

Strangely it was Twitter that benefitted from the outage as traffic soared on the website with people eager to either joke at Facebook’s expense or find out just what was going on.

The issue also affected other platforms such as Twitter amid an increase in traffic on its website and app.

Twitter Support tweeted: “Sometimes more people than usual use Twitter. We prepare for these moments, but today things didn’t go exactly as planned.

“Some of you may have had an issue seeing replies and DMs as a result. This has been fixed. Sorry about that!”

This isn’t the first time this has happened (a big crash happened as recently as 2019) and it will probably happen again but it doesn’t mean that there is a conspiracy behind it.