By Tom O'Brien
September 26, 2021
In
EntertainmentCelebritiesUSAViral 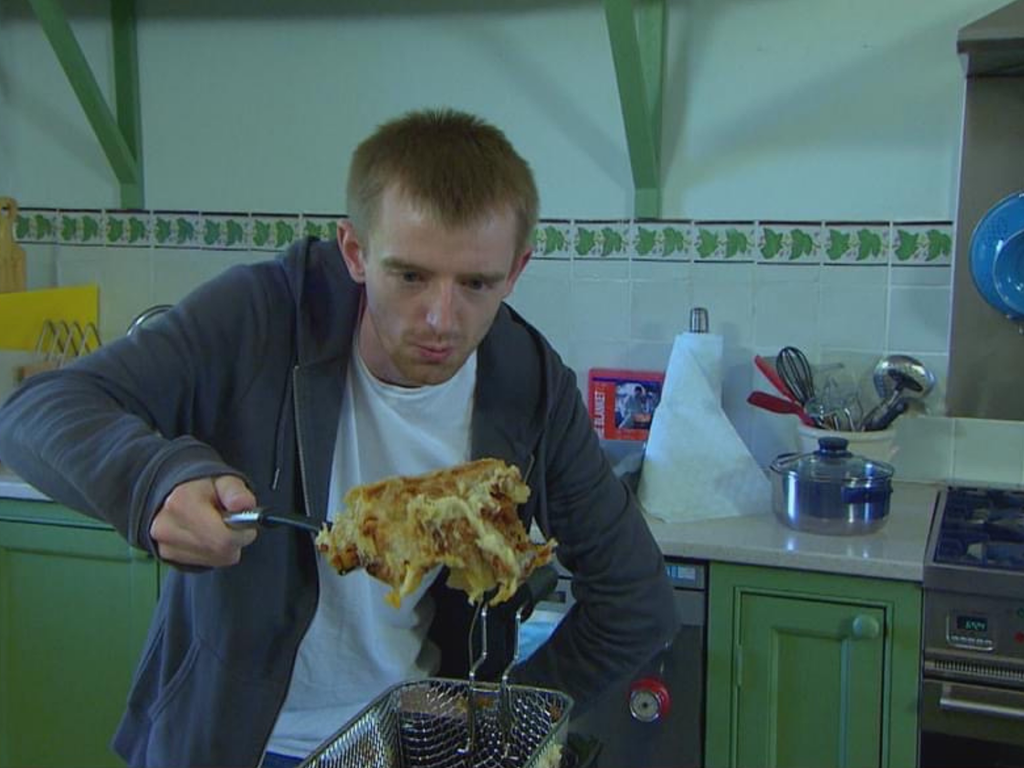 Hit Channel 4 series Come Dine With Me has served us up some great memes over the years, from people shoving whisks in their mouths to incredibly sore losers. And on Wednesday, the cooking show featured the latest character to offer something unusual in the kitchen.

During a week of episodes in Glasgow, vlogger Darren Dowling – who runs a series titled ‘Does It Fry’ on his 16,000 subscriber-strong YouTube channel – decided it wasn’t enough to simply cook food – it had to be deep-fried, too.

Speaking ahead of serving his meals to his competitors, ‘Dazza’ said he aimed to “give them proper culinary experience that they’ve never experienced in their life”.

“Their taste buds are going to be awakened tonight,” he said.

So what was on his menu? Caviar, chicken, lasagne and chocolate bars – all deep-fried.

“It’s literally just lasagne, chucked in the oven, and then deep fried,” Dowling explained, in case you were wondering how it works.

Whether it should work is another question entirely, and when he showed the cameras the finished product, there was “a fair amount of drippage” in one of them, apparently.

But his guests weren’t impressed. Commenting on the deep-fried caviar in her private interview, fellow contestant Jen said: “It was absolutely disgusting … I actually nearly drank all my juice at once to try and get them down.”

“I felt spitting it out was the only option because it was really salty and really chewy,” admitted psychic Robert, another competitor who gagged as he tried to stomach the £60 fried caviar.

It didn’t get much better with the lasagne, and while dancer Dorine was polite in saying that “it could be worse”, Robert was left asking if Darren had dabbed down the lasagne with kitchen roll, because some was stuck in it.

Two of his fellow contestants described the food as “awful” but praised the energy of the evening – not bad for a man who described himself as the “nucleus of fun” in the group.

Unfortunately, Facebook fans didn’t approve of the fried food either when the official Come Dine With Me account shared a clip from the episode online.

“Not gonna lie fried food is great but that lasagne looked like it came off a sidewalk,” wrote one.

Another commented: “Pass me a bucket.”

Others, meanwhile, described it as the “best episode ever”, as some called for Dazza to have his own show.

And it wasn’t just the food which was given a bizarre twist. In homage to the fact that he “never really understood the phrase ‘smart-casual’”, Dowling set a dress code of smart-casual, obviously.

Spoiler alert if you want to watch it yourself (it’s still on the All4 catch-up service), but Dowling certainly didn’t come first with his deep-fried menu, finishing last with 14 points.