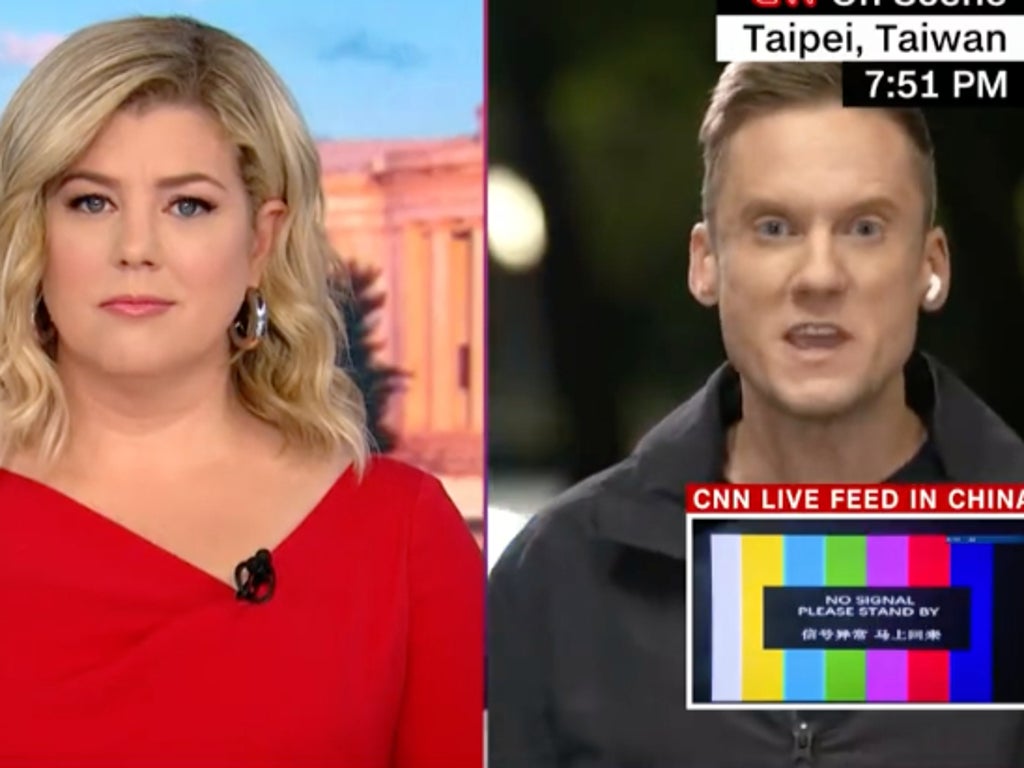 A CNN segment discussing the welfare of Chinese tennis player Peng Shuai in the wake of her sexual assault allegations against a powerful official – was censored by the communist nation, and the network showed the creepy moment in real time.

On Monday’s edition of New Day, the audience experienced the way China blocks off the network’s feed when stories are aired that the government doesn’t condone.

Reporter Will Ripley spoke with anchors John Berman and Brianna Keilar live from Taipei, Taiwan, as the outlet incorporated a live feed to show US viewers what people in China see on their screens — a message in both English and Mandarin on a backdrop of multi-color bars that read: “No signal, please stand by.”

Berman said that the signal dropped “the minute” Ripley started talking, and asked him to explain what was happening.

“Chinese censors, John. I have lost count over the past eight years here in Asia covering China how many times CNN’s coverage of controversial issues has been censored,” Ripley said.

“It used to go to straight black, but now they’ve upgraded to colour bars. Nonetheless, it is a live real-time example of the censorship that is happening in the mainland.”

He also noted that the government seems to be scrubbing the internet of Peng Shuai and that they’re not “talking about this on television, and even international networks.”

“The pressure is still mounting on Beijing from the outside because of the efforts of journalists around the world, and also diplomats, wanting Peng Shuai to speak her truth,” he continued.

Since her allegation of assault, her name and topics related to her have been taken off from Chinese websites and other social platforms.

The internet in China often censors things that are thought to be uncomfortable for the government to be removed.

Despite this, it seems as if the Chinese government is trying to make Peng have a more visible online presence.

On Sunday, she appeared to be in Beijing at a children’s tennis tournament and on a video call with the International Olympic Committee (IOC).

The IOC has been accused of being in a “publicity stunt” as calls for a diplomatic boycott of the upcoming Beijing Winter Olympics transpired.

On Saturday, Peng was also seen out to eat dinner with friends and new images released from a journalist who works with the state TV channel, which caused more speculation of the tennis star’s whereabouts.

The photos showed Peng holding up a grey cat in one photo and a panda statue in another in what seemed like a private home.

It isn’t clear when the photos were taken.

The Chinese state media had published a letter on Wednesday they claim Peng wrote that assured that “everything is fine” and that the sexual assault allegations “are not true.”

In December 2019, China had also blocked CNN’s coverage of the democracy movement in Hong Kong and the treatment of Uighurs in Xinjiang.