In an emotional social media post, Clare Crawley breaks her silence about the rumours that her relationship with Dale Moss is done. What did the former Bachelorette have to say? 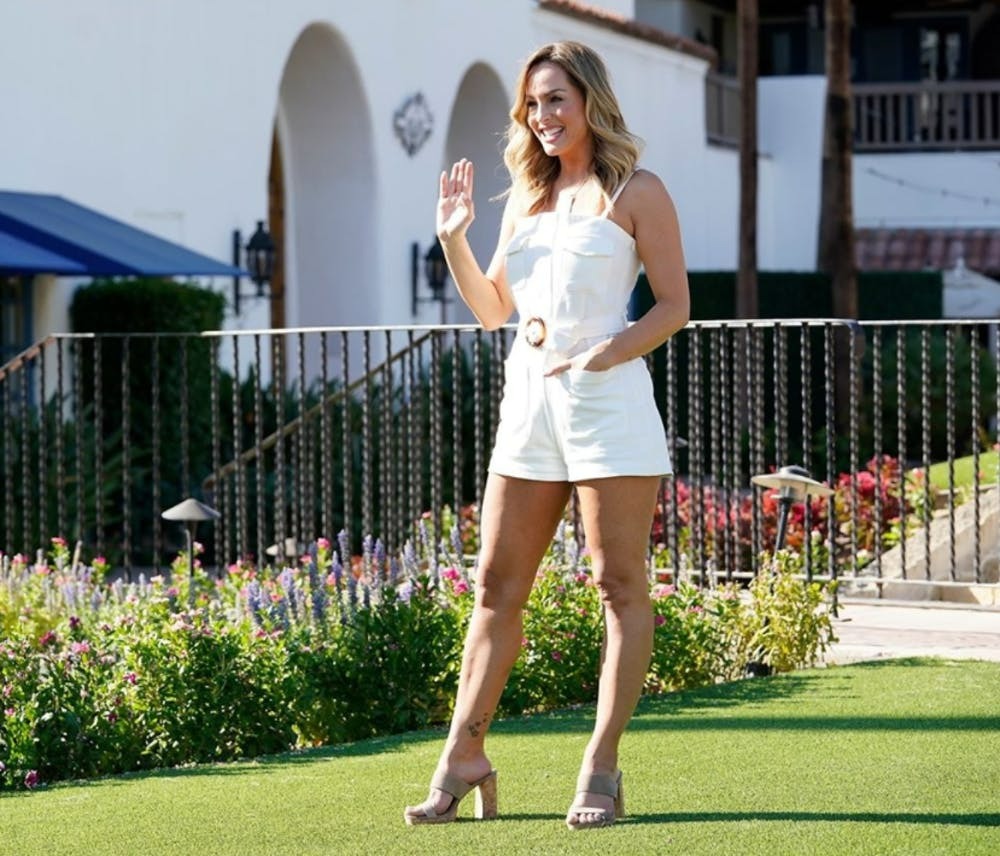 Clare Crawley and Dale Moss were all smiled at the U.S. Open tennis tournament earlier this month. In fact, not even a run-in with Clare’s former suitor seemed to faze the two. Bachelorette contestant Blake Moynes attended the event with his fiance, Katie Thurston.

As viewers know, Blake initially joined the ABC dating competition to woo Clare. However, Clare found love almost immediately with Dale Moss and left the show. Blake chose to stay on and look for love with Tayshia Adams.

Tayshia ended up engaged to Zac Clark, but Blake wasn’t discouraged. He took one more shot at romance with Season 17 Bachelorette Katie Thurston. The third time’s the charm – Blake and Katie got engaged at the end of her season.

While Katie lives in California, and Blake lives in Canada, the two spent some time together in NYC and attended the tennis tournament. Clare recently made the move to NYC to be with Dale Moss after reconciling. The two briefly split between January. But now sources are saying that Clare and Dale split up again. 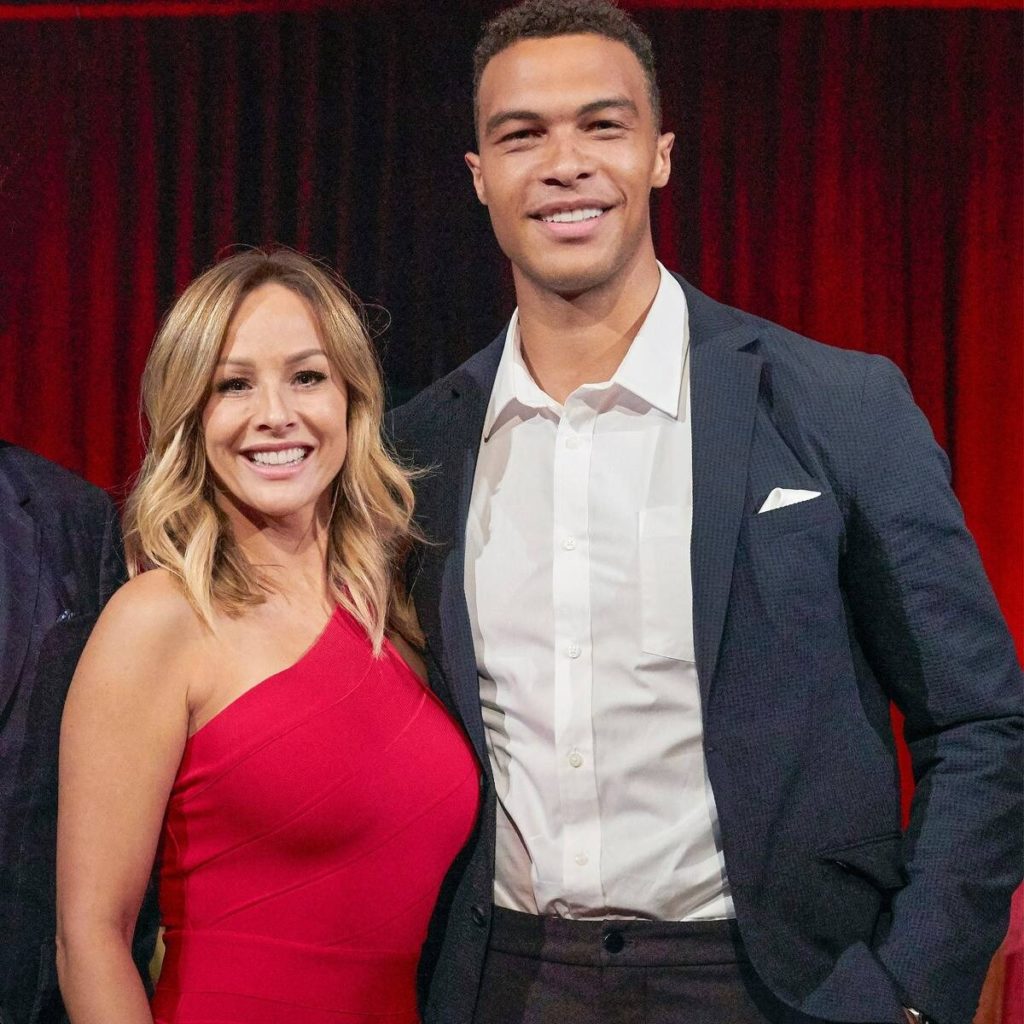 In July, Clare revealed that she made the decision to remove her breast implants. She strongly suspected that the implants were the cause of her health issues. Dale Moss posted his support for her decision.

During her recovery from the surgery, the Bachelor Nation star got vulnerable about why she got the implants in the first place. She mentioned, without details, that she was sexually abused during her childhood.

That abuse shaped Clare’s relationships and self-worth. She revealed that she got implants as a result of her ‘toxic’ childhood.

Appearing on Red Table Talk: The Estefans, she confided that her abuser was a Catholic priest, per People.

Dale Moss appears with Clare in the Facebook Watch show. However, it was filmed around the time of her explant surgery. Are they still together? 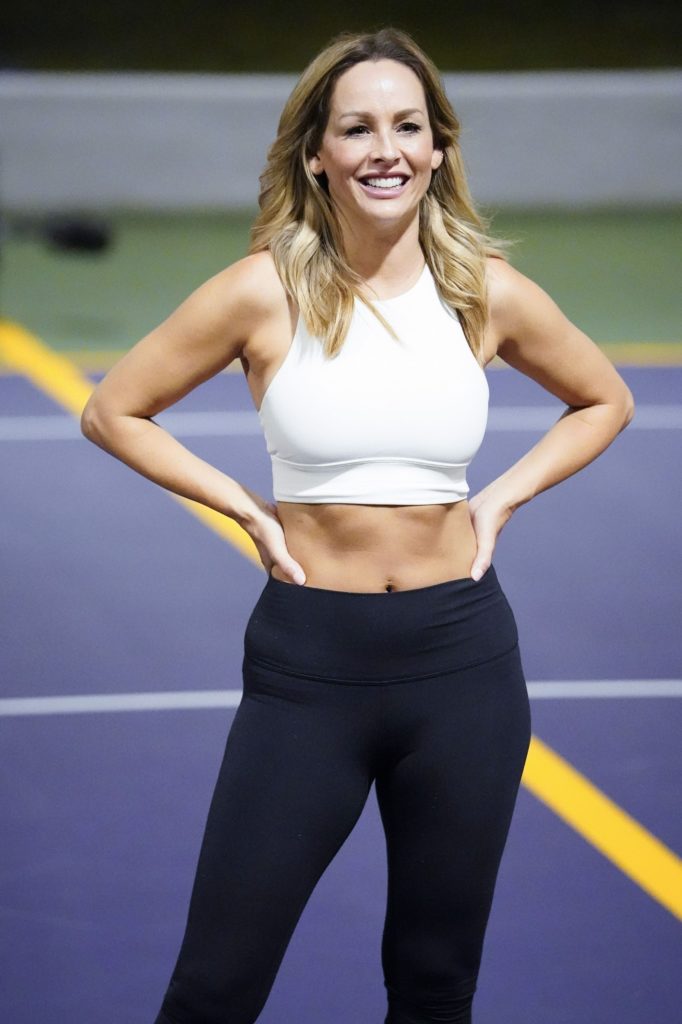 Clare Crawley shared a clip of her Red Table Talk interview on her Instagram She must have received a lot of DMs asking her to clarify her relationship status. The reality star wrote a long post on her main feed.

At this point, Clare says she isn’t ready to talk about whether she and Dale broke up or not. Instead, she’s focusing on healing emotionally and physically from her recent explant surgery.

Furthermore, she reveals that her mother is now in hospice care. Clare’s mother suffers from Alzheimer’s. Clare is home in Sacramento, spending as much time with her mom as she can.

While Clare didn’t directly address the split rumours, she seemed to take pointed aim at Dale in her statement.

I am just thankful for the people in my life who offer genuine unconditional love with no personal gain, and stand by me through thick and thin. ESPECIALLY WHEN THE CAMERAS ARE OFF with no accolades. actions speak for themselves. – Clare Crawley, Instagram

For all the stories that are out there, Clare has just a posted on her IG.

Does it sound to you like the Bachelorette couple are done? What do you make of Clare Crawley’s statement? Share your thoughts in the comments below.

Jennifer Havener grew up in a small town in Upstate New York. She earned her B.A in Writing & Literature from Naropa University in Boulder, Colorado. She always knew watching reality TV shows and soap operas, particularly ‘Days of Our Lives, would come in handy someday. When she’s not writing, she’s playing with her dogs, Lola and Ruger