Chris Rock jokes about Sean Penn, Ukraine at National Board of Review

NEW YORK — There’s never a dull moment with Chris Rock in the house.

“I’m here for Paul Thomas Anderson, a person who has never cast me in (anything),” Rock said to uproarious laughter from the crowd. “Nothing! Not even to wash his car! … ‘Licorice Pizza’ was probably the best movie I saw this year. I only saw about four movies. It’s a good thing I’m not hosting the Oscars this year, like, ‘I hope you saw this (stuff), because I didn’t!’ ”

‘He’s a star’:Alana Haim got upstaged by her dad making ‘Licorice Pizza’ together

Rock continued to rib members of the cast of “Licorice Pizza,” which also won NBR’s best film prize and is nominated for three Oscars, including best picture. It follows a May-December romance between a young woman (Alana Haim) and high-school boy (Cooper Hoffman) in 1970s Los Angeles.

Hoffman, who makes his big-screen acting debut alongside Haim, is “not obviously handsome enough to get Alana, and that’s kind of the (plot) of the movie,” Rock joked. “He works really hard. And she learns that money and hard work do for men what women think plastic surgery does for them.”

The 18-year-old Hoffman is also an example of “nepotism at its best,” Rock quipped, referring to the actor’s late father, Oscar winner Philip Seymour Hoffman. “My dad couldn’t get me (expletive).”

Rock saved his biggest dig for Sean Penn, who cameos in “Licorice Pizza” and was in Ukraine last month shooting a documentary about the Russian invasion.

“Sean Penn, I know he has something to do with this war,” Rock said to a shocked audience. “I know he’s mixed up in it. Sean Penn is getting waterboarded as we speak.”

Will Smith charms at NBR with speech for ‘King Richard’ win

Earlier in the night, “The Daily Show” host Trevor Noah presented the award for best actor to Will Smith, who has so far swept awards season with his performance as Venus and Serena Williams’ tennis coach dad in “King Richard.” Smith earned laughs as he described how putting on his character’s “tight red shorts” gave him insight into the real Richard Williams.

“When he put the clothes on, he was trying to play a role for the world. …  He felt like he deserved a certain amount of respect,” Smith explained. “That dream of a parent for his children. And we all have that thing in us: We have a dream and it seems crazy, the thing that you want to do.”

He then turned his attention to Bradley Cooper, who was on hand to present best breakthrough performance to his “Licorice Pizza” co-stars Haim and Hoffman.

“I look at Bradley Cooper,” Smith said, motioning to the actor. “I’ve seen pictures of him when he was young. He didn’t look like this! He grew into that! He let the dream blossom inside of him! I can’t even concentrate, he’s so beautiful.”

Taking the stage later in the ceremony, Cooper responded with a smile: “I’m not gonna forget that, Will.”

NBR winners were announced in December and were slated to be honored in January, before the gala was postponed due to the omicron variant of COVID-19. Other notable presenters at Tuesday’s event included Spike Lee, Julianne Moore, Kenneth Branagh and “Encanto” star Stephanie Beatriz. 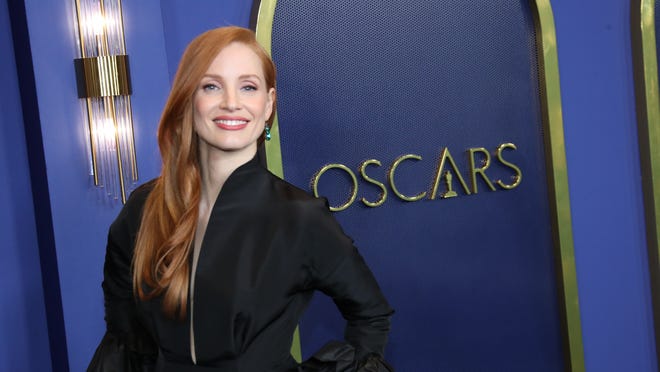 Previous articleColin Kaepernick continues to train in hopes of returning to the NFL: “Staying ready”
Next articleThis is Us: Kevin’s focus in the Final Season’s Big Three Trilogy’s Final Season has been changed