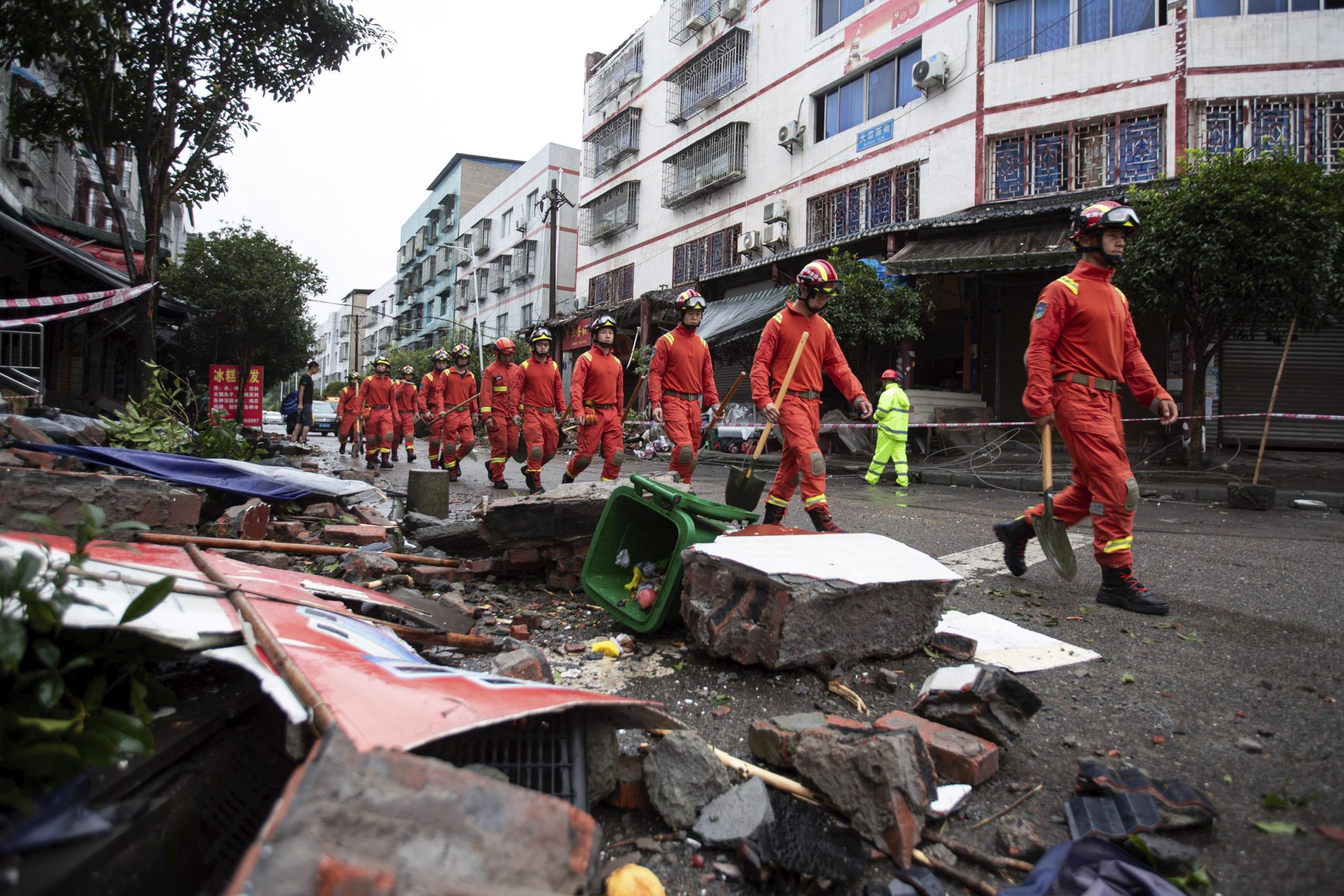 Three people have died after a terrifying earthquake shook a Chinese province.

According to authorities, up to 57 more people are expected to be hurt.

Initial reports suggested that only two people had died. However, it’s now believed that three.

Many thousands of rescuers were dispatched to assist the efforts after nearly 7,000 people evacuated from Sichuan.

At 4.30 am local time, the magnitude 6.0 earthquake struck Luxian county.

According to reports, 6,904 people fled the area while more than 200 homes were destroyed.

According to recent reports, 72 more homes were severely damaged by the aftershocks, and that 737 homes could have fallen in the aftermath.

Residents say they felt their houses “shake” during the earthquake.

The CENC stated that the epicenter was located at 29.2° north latitude and 105° east. The natural disaster struck at a depth of 10km.

The CENC reported that public transport was affected by the suspension of train services on many lines while tracks were being surveyed for potential damage.

Red Star News reports that schools in the country have been closed for classes until further notice.

Authorities will be checking for potential safety hazards ahead of the school’s reopening.

The Tibetan Plateau is at the northwestern edge of the Sichuan province, and this causes the region to be bombarded in quakes.

In 2008, thousands of people were killed and other injuries in the province after a magnitude eight earthquake.

Reports on Weibo, Chinese social media sites, claim up to 737 houses collapsed after the disaster, although officials have not confirmed this number yet.

Photographs of the scene show rescuers traveling by coaches and buses to the hardest-hit areas in the province.

Another clip shows enormous piles of debris and bricks falling from buildings after the earthquake.

People claim that they felt their homes shake in the terrifying event, and there are reports of many being injured.

Previous articleKim Kardashian Channels Her Mysterious Met Gala Look During CVS Run
Next articleBroadway is back. But, how do we ensure that it stays open?