Chicago Fire Is Setting Casey Up To Make A Big Decision, But What Will He Choose? 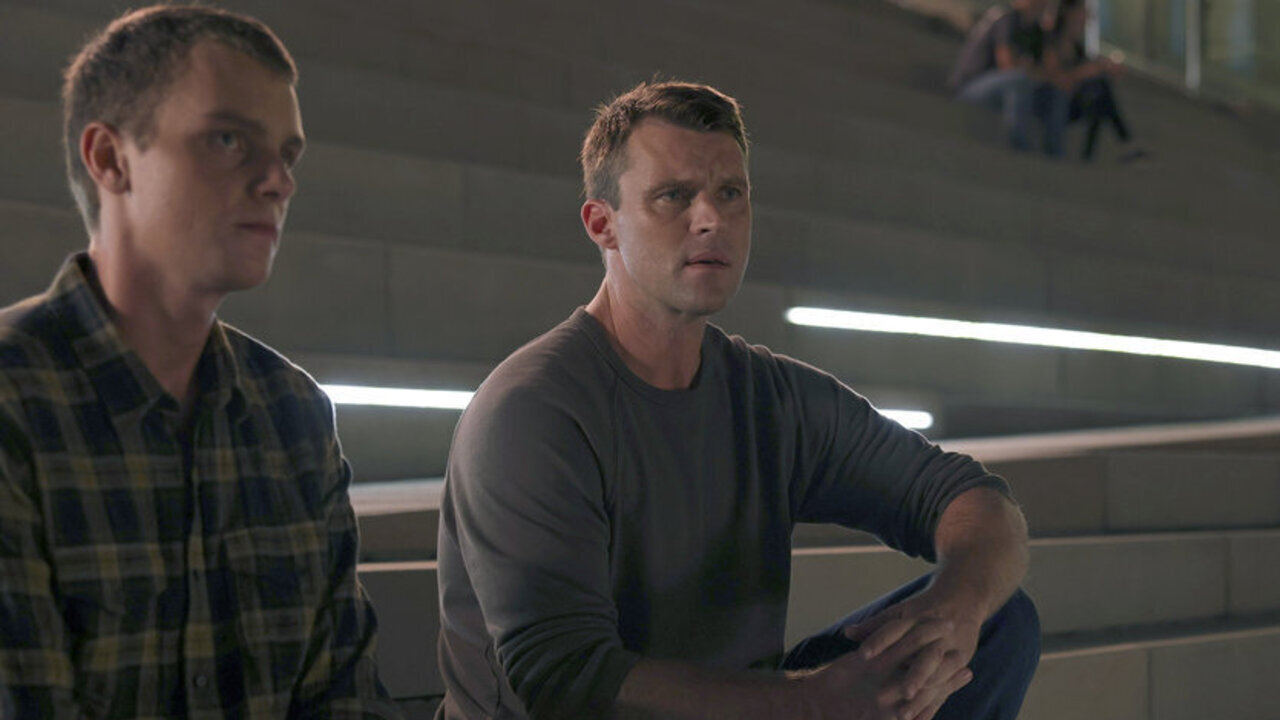 Spoilers ahead for Episode 3 of Chicago Fire Season 10, called “Counting Your Breaths.”

Chicago Fire delivered a blast from the past in “Counting Your Breaths” with the return of Griffin Darden, who appeared in the final moments of the previous episode but was fully back on the scene to hear stories about his dad as a firefighter, learn how his dad died, and drop some bombs on Casey that could mean a big decision is coming his way about the Darden boys and raising them. But what decisions is he ready to make?

Although Griffin’s return was initially mostly just catching up and the longtime firefighters of 51 (plus Boden) telling some fun stories about Andy Darden, he shattered any illusions that Casey had that the Darden family was doing well after moving away from Chicago back in Season 2. Heather apparently has gotten several more DUIs, and is back behind bars, leaving Griffin and Ben in some rough circumstances.

The scene got even sadder when Griffin expressed that the brief time that he and his brother lived with Casey was the last time they felt normal and “standing on solid ground,” and for them “it’s been going to hell ever since.” It was a heartbreaking story, especially since Casey was so good with those boys in the second season.

And I think it’s safe to say that Casey’s Dad Instincts have been activated. He promised to go visit the Darden boys, and even before the promo for the next episode aired to give a peek at how Casey is going to handle the Darden boys’ circumstances, it seemed pretty clear that his involvement isn’t going to stop with paying them a visit. This is Matt Casey we’re talking about, after all!

Then the promo aired, and it looks like Casey may make a decision that changes the course of not only his life, but also those boys, and even Brett and roommates Severide and Stella back in Chicago. And Fire showrunner Derek Haas did preview that “something major” is happening for Brett and Casey just when things are looking good for them. Take a look:

Casey is clearly going to make good on his promise to go visit the Darden boys, and the reveal that they’re going to be placed in foster homes – plural, which would presumably mean Griffin and Ben being split up – isn’t going to sit well with him. And in true Casey style, he’s going to want to bring them back to Chicago with him. But is it as simple as all that?

Relocating two teenage boys to Chicago wouldn’t be straightforward, and the Louie situation with Dawson back in her day proved that the foster system isn’t easy to maneuver. Admittedly, the Darden boys are older than Louie was, and there’s a history between them and Casey, seemingly with no family members trying to get custody. Is it at all possible, though, that Casey would have to relocate to be there for them?

Okay, yes, I did speculate last season that Chicago Fire was going to use Casey’s head injury as a way to write him out, in case Jesse Spencer had decided that it was time to leave the show, and it’s somewhat hard to imagine the star leaving during a season rather than at the end. So maybe not.

Then again, Fire is fast-approaching the 200th episode, so I’m guessing that something big is on the way. Him taking in the Darden boys would be a great way for him to do the right thing without Fire fans losing Jesse Spencer, and poor Casey has been wanting to have kids from the very first season.

It would be a big change, but the boys are old enough that Fire could add them to the show without it actually affecting Casey’s life too much. They won’t exactly need babysitters or diaper changes, after all! Whatever happens, I think it would be entirely in character for Casey to do everything in his power to help the Darden boys. I just hope that whatever happens goes down with as little heartache as possible for everybody.

Find out with new episodes of Chicago Fire on Wednesdays at 9 p.m. ET on NBC, between Chicago Med (which is seemingly putting Vanessa in the position to make a big mistake) at 8 p.m. and Chicago P.D. at 10 p.m. in the fall schedule.