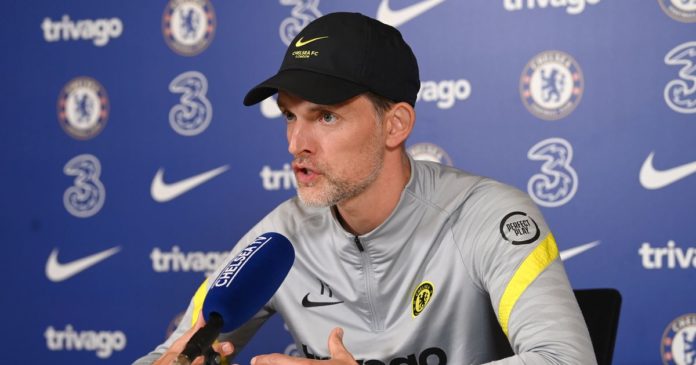 Chelsea boss Thomas Tuchel has refused to be drawn on whether he is a better manager than Manchester City head coach Pep Guardiola before their crunch clash at Stamford Bridge on Saturday.

Guardiola is widely thought to be one of best managers in the world, but Tuchel has beaten Guardiola on each of their three meetings since becoming Blues boss in January.

Their last meeting was in May’s Champions League final, in which Chelsea beat Porto 1-0 thanks to a Kai Havertz goal in the second half.

Tuchel will try to record four wins from the last four and continue their impressive start to 2021-22 after they won four of five fixtures.

Recently, reports have circulated that the former PSG boss is in a feud with Guardiola in the build-up to the game, but Tuchel has put the rumours to bed very quickly.

Speaking on Friday ahead of the match he described as a “six-pointer”, via BBC Sport, the 48-year-old said: “I have the highest respect for Pep.”

The German was then quizzed on whether he believed he was a better coach than Guardiola, to which he replied: “This question does not even exist for me and I can’t answer it.

Is Thomas Tuchel a better manager than Pep Guardiola? Let us know in the comments section.

“It’s a question for you guys and you can endlessly debate.

“I am a huge admirer for the impact he had from his first day of his professional coaching – the impact at Barcelona, Bayern Munich and Manchester City. He is my greatest admirer.

The last time City and Chelsea met in the Premier League the London side snatched all three points in the dying embers of the game.

Marcos Alonso, left wingback, scored a winner in the 92nd minute with a mishit goal that looped past Ederson in goal.

Looking back at the past three encounters, Tuchel said: “If I look at it honestly I see the last three games as three 50-50 matches,

Want to be on the ball with all of the latest football news?

Sign up for the Central Recorder email newsletter to stay updated on all things football!

Get the latest transfer news and agenda-setting stories in your email inbox.

It takes only seconds.

It’s that easy. Every morning, you’ll get an email with the latest news stories.

Click this link to learn more about our email newsletter.

“We want to fight hard to be the guys who have a better outcome.

“We have done it many times with this group and we are well aware of the pain we went through in these matches.

Both teams will meet at Stamford Bridge on Saturday, with Chelsea looking to continue their unbeaten start and to top the table.