Charles Manson, who died in prison while serving a life sentence for seven counts of first-degree murder, wasn’t actually present at the scene of the crime he’s most remembered for.

It was instead his “Family” There were many followers, mostly young women, who were directly responsible. Manson claims that he was a prophet of a war between races that would destroy America and a reincarnation Jesus hypnotized them. 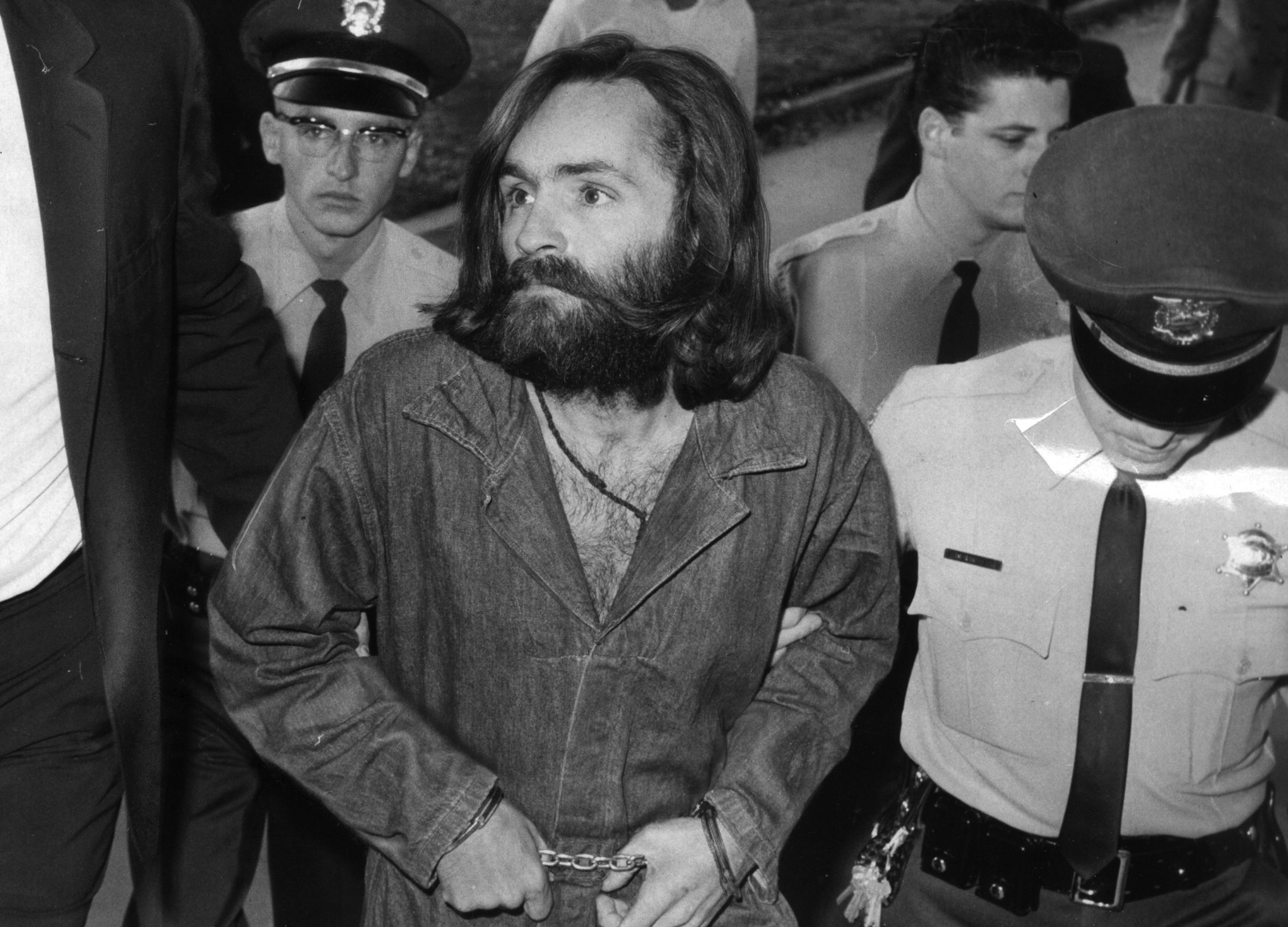 Record producer Gary Stromberg, who worked with would-be rock star Manson in the late Sixties, said: “It was amazing the respect these girls had for Charlie. They lived and breathed he.”

“Once …” recalled Stromberg, “he demonstrated the submission thing. He turned to Lynne [Fromme] and said, “Lynne, come here and kiss my feet”; and she got down on her knees and kissed his feet and sat down.”

Manson used his power of attraction over women to lure men to his gang. He promised them sex and then used the women to score drugs.

“The girls were young, homeless, fanciful, at war with their parents, “ wrote Manson expert Vincent Bugliosi, “the boys were kept in line by being given the girls.”

After the killing spree, Manson and his accomplices were tried by Bugliosi.

“He used to admit it,” a source at the District Attorney’s office told Rolling Stone magazine. “He’d say, this is the greatest thing next to mother’s milk. They’d bring you food, make love to you any time you could.”

Danny DeCarlo, a leader of the Straight Satans biker gang, was lured into Manson’s orbit with the promise of sex from the cult leader’s largely young, female following.

Manson hoped that DeCarlo would take the rest of his bag, giving the predominantly female Family some muscle.

Manson wanted the heavily-armed bikers as “a security force to scare off ranch visitors who got overly friendly with his girls, or obnoxious with Family members,” explained authors Dylan Howard and Andy Tillett.

But it was the connection with the bikers that may have led to the Family’s bloody murder spree after a drug deal went sour.

An attempt to sell some of the gang’s supply of mescaline failed when the buyer, a man named Gary Hinman said that drugs had turned out to be fake, or in some accounts contaminated with rat poison.

“The Straight Satans were understandably not pleased and wanted their money back,” Howard and Tillett wrote The Last Charles Manson Tapes: Evil Lives Beyond the Grave.

But the bikers still didn’t have their money and they roared into the Spahn Ranch, where the Family was living at the time demanding compensation. 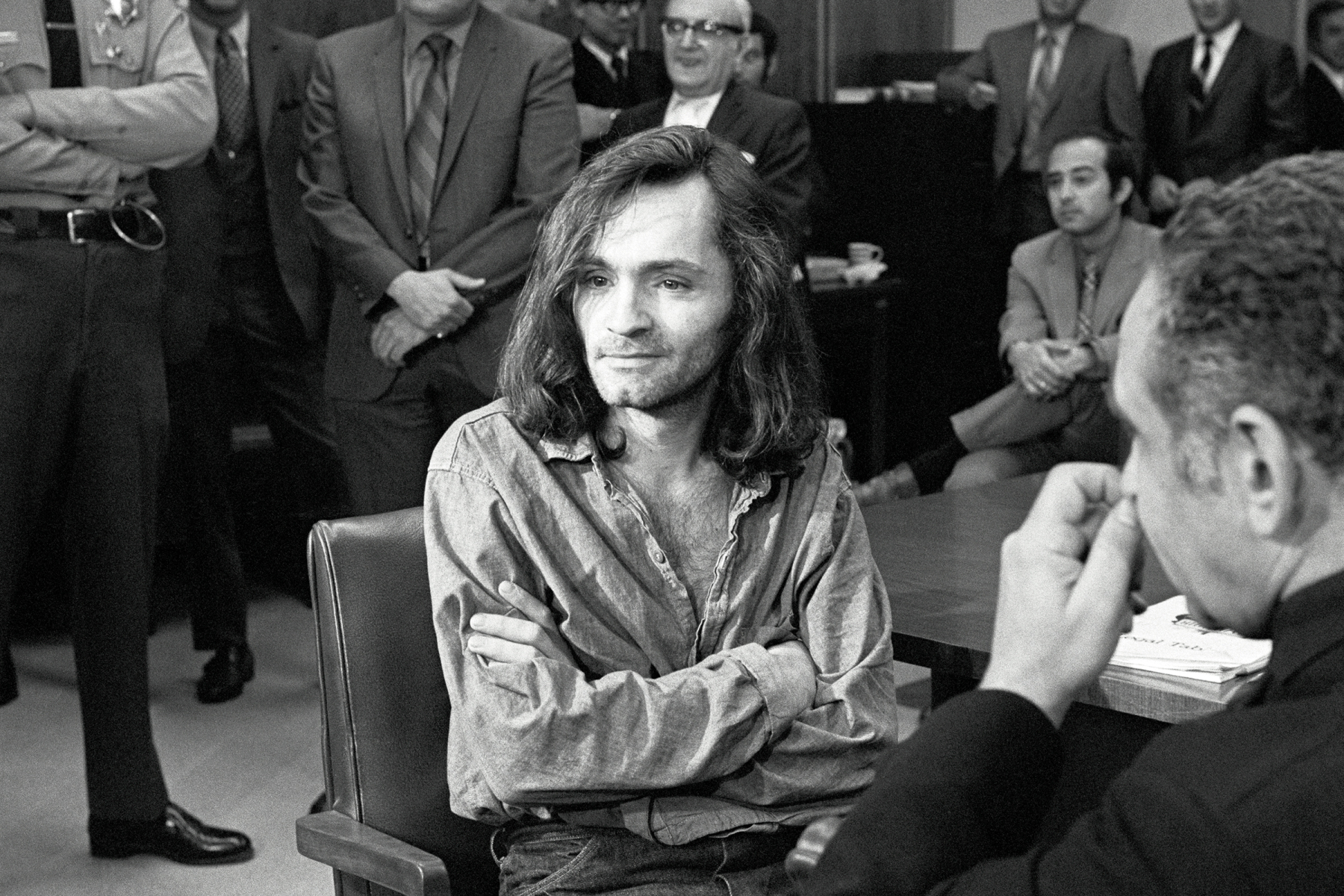 “Manson greeted them with open arms,” Howard and Tillett “Some of the girls opened other limbs for them, simultaneously taking the edge off the bikers’ fury and also splitting – and exhausting – the group.”

Beausoleil had been charged with Hinman’s murder and Susan Atkins, a Family member said that Manson had a great plan to get his right-hand man out of jail.

Atkins and fellow followers Linda Kasabian (Patricia Krenwinkel), Tex Watson, and Patricia Krenwinkel were ordered by him to visit the house occupied by Roman Polanski and Sharon Tate, film director. “totally destroy”Everyone inside.

Make it “as gruesome as you can,’ he commanded.

Polanski was not in the country at that time, but the four Family members murdered five people, including Tate, who was almost nine months pregnant at that time.

In a further escalation of Manson’s crazed “Helter Skelter” philosophy – in which he hoped to spark a war between black and white Americans – the following night a larger gang of Family followers murdered supermarket manager Leno LaBianca and his wife Rosemary.

Ironically, Danny DeCarlo was the one who provided evidence that led Manson and his gang to being arrested.

A group of mostly his followers waited patiently outside the courthouse every single day during his trial. “father” To be freed. Manson’s strange charismatic power over the young women that idolized him never weakened.