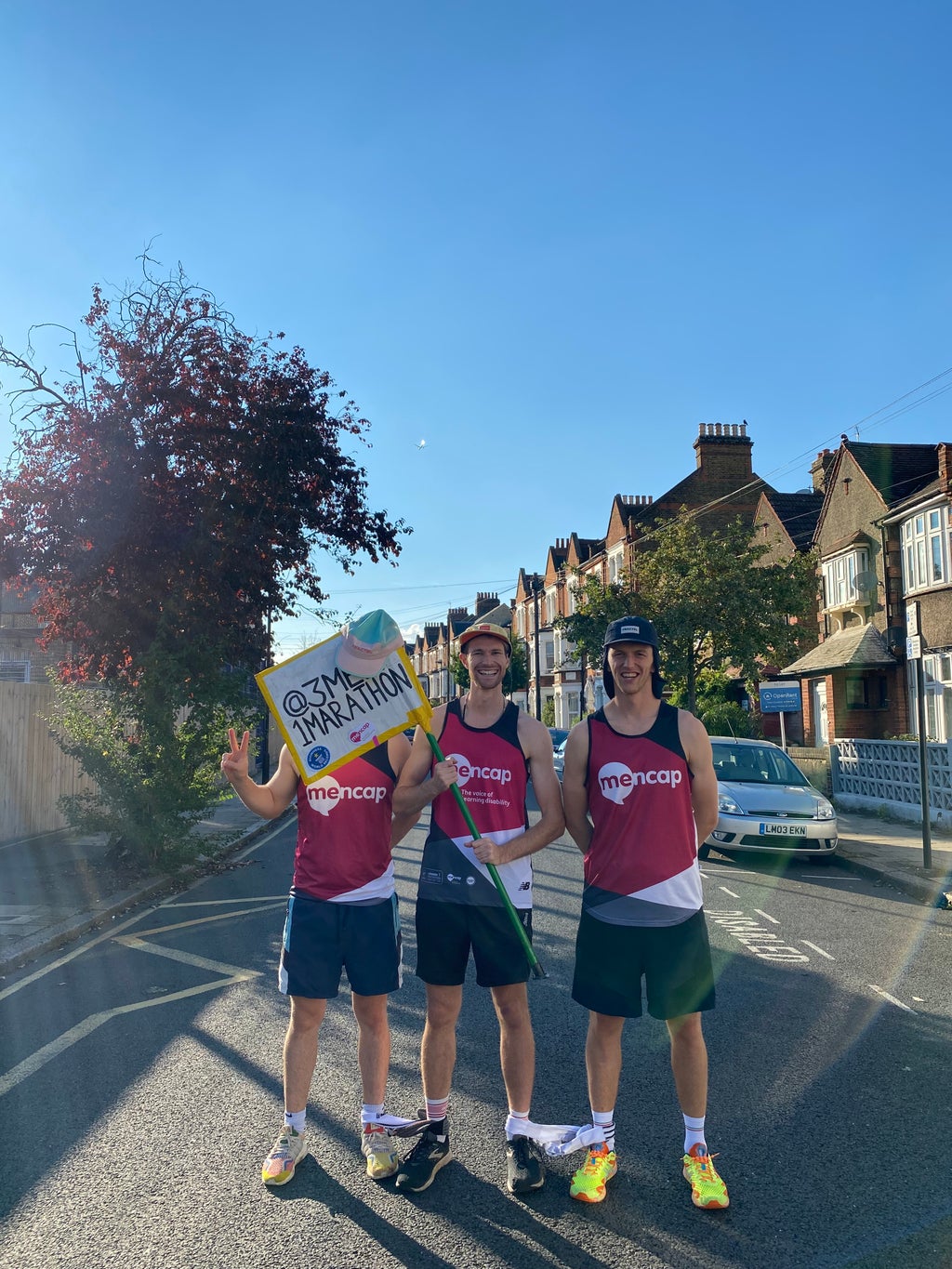 Three runners are aiming to set a world record by turning the London Marathon into a four-legged race.

Their goal is to beat the current record of 4 hours 44 minutes.

The trio, who are calling themselves 3 Men 1 Marathon, are “pretty confident” about bagging a new record, according to Mr Cooper, but there is some trepidation about the size of the task having never previously run further than 10 kilometres together.

He told PA: “There’s always going to be a feeling of like ‘have we prepared enough? Are you at a good enough place for this?’ – the answer to which is almost certainly no, in both instances.

“So I think we go in we’re confident that we can do it, but it’s just hoping that none of us fall apart over the course of the 26 miles.”

Mr Cooper, who works in education, will be in the middle, with Andrew attached to his left leg and Michael to his right.

The trio, who live in Brixton south London, have mostly done their training separately, but have done sessions together, as well as completing a 10k run in four-legged style in 56 minutes.

That run was “mostly successful” according to Mr Cooper, who added: “We only fell over a couple of times.”

They are hoping their sporting history will also be an advantage.

Michael Pelton, a data scientist, told PA: “Andrew and I were village champions at three-legged race when we were about six and eight.

He concedes, though, that a four-legged marathon is a different matter entirely.

“Adding an extra person and also the fact that it’s over 26 miles rather than normally, like 50 metres or something, does make a little bit more difficult,” he said.

“But yeah, I think once you’ve got over the initial hurdles, it’s not too bad, it’s just your hips get pulled and like a slightly weird direction and as soon as you get slightly out of sync, it does get quite tiring.

“But apart from that, all good.”

It is not the first time that the trio have been forced to live in close quarters. The trio also rode a tandem bike from Paris to Paris.

That trip, like the marathon, was to raise money for learning disability charity Mencap and the runners hope to reach a total of £10,000.

To donate, head to uk.virginmoneygiving.com/Team/3Men1Marathon