“Cate Blanchett is truly one of the best actresses of this generation, whose performances are always extraordinary no matter the role. In her latest film ‘Tár,’ Cate perfectly embodies Lydia Tár as an orchestra conductor at the height of her career whose life begins to unravel,” Palm Springs Film Festival chairman Harold Matzner said. “There is no one better suited for this role and it is our honor to present the Desert Palm Achievement Award, Actress, to Cate Blanchett.”

Blanchett was previously honored with the same award in 2016 for her performances in Todd Haynes’ “Carol”And in “Truth.’ In 2007, the year she won an ensemble acting award for “Babel,”The festival also presented her with a Career Achievement Award. 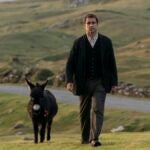 Blanchett joins this year’s previously announced honorees Colin Farrell, who is being recognized as best actor for his performance in “The Banshees of Inisherin,”Sarah Polley was also named Director of Year. “Women Talking.”

The Palm Spring International Film Awards will take place in-person on January 5, 2023, at the Palm Springs Convention Center, with the festival running through January 16, 2023. 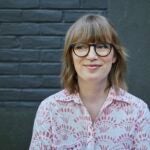