In the US, Tamara Dougherty from Missouri was left bald, dizzy, and depressed after her nightmare breast implants left her without any energy for years. 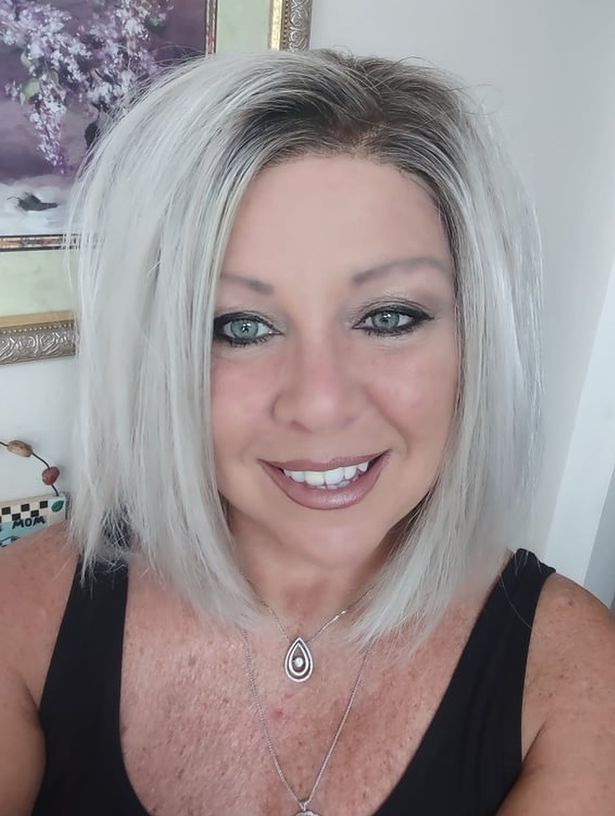 From Missouri in the US, Tamara Dougherty felt so depressed that her family feared for her life.

A woman who survived breast cancer has been left completely bald after spending £18,000 on a reconstructed chest.

Tamara Dougherty, 51, wanted to regain her confidence after she had her breasts removed in a double mastectomy, but was devastated after the implants caused her to lose all of her hair.

She had spend £14,000 on reconstructive surgery and over £4,000 for the implants to give her D cups after having a double mastectomy in 2005.

“I was 34 and I wasn’t ready to live with a flat chest for the rest of my life, I didn’t think I could handle it,” Tamara said.

“My confidence came back when I had the implants and I felt like a woman again.

“A few years went by and I started getting strange symptoms.”

Tamara from Missouri, US, had the implants fitted in 2005 and experienced a number of different symptoms such as dizziness and heart palpitations that were unexplained.

Tamara did not lose her hair when she had cancer, but she started to experience severe hair loss.
Tamara was left bald after the implants from hell leaked toxins into her body

Things then took a turn for the worst in 2017, when she began to lose her hair.

“I didn’t lose my hair when I had cancer. But with the implants, every single hair was gone including my nose hair, leg hair and eyelashes,” she explains.

“My face was inflamed, I was dizzy with vertigo and memory loss and I couldn’t walk around the house without holding onto something because I’d fall over and I couldn’t drive.

“I had heart palpitations every day so I went so hospital numerous times.

“I put up with that for nine years but in the last two years it really took off.

“I went to hospital and they had no idea what was wrong with me so they’d send me home and I ‘d feel humiliated.

“I did my own research because I thought if I didn’t find out what was wrong with me then I would die.”

Photographs show the extent of the hair loss over two years, leaving her completely bald all over her body by 2019 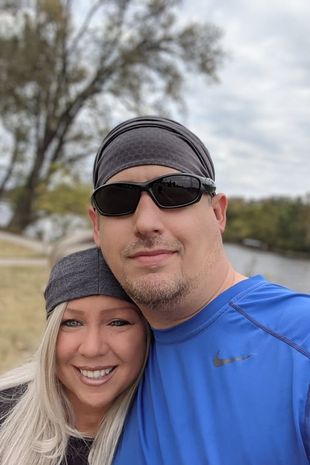 Her fiancé Matt McMellen, 47, and sons, Trevor, 26, and Logan, 24, where concerned for her life as her mental health was struggling and she was so depressed.

The mum-of-two then had to spend an additional £6,000 to have the implants removed, which caused her confidence to plummet again as well as being an additional expense.

Speaking on the impact on her self-esteem, Tamara said: “When the implants were first taken out, I had no breasts or hair so I couldn’t look at myself in the mirror and stayed in bed for a whole year.

“I was trying to think of a way to end my life without making a mess for my family because I had no desire to live without breasts or hair.

The mum-of-two now wears a wig (pictured), as her hair slowly begins to grow back.
“I felt like a freak and I couldn’t think clearly because I also had brain fog.

“You don’t realise how important hair is but I’d be in the shower and some water would go up my nose and I’d choke or I’d get something in my eye and couldn’t get it out for days.

“I’ve always been a woman to care about hair and make-up.

“Every morning for two years I’ve looked in the magnified side of the mirror to look for signs of growth and even one hair gives me hope that my follicles aren’t dead.

“After I’d had the implants removed and I had no breasts or hair, I didn’t care to get up in the morning.”

After reading about other women’s similar experiences online, she realised that ithe implants were causing her to feel unwell.

She reached out to a surgeon to remove them, and now is looking at paying another £10,000 to reconstruct her breasts again.

“Toxins had been leaking into my body for 14 years and that doesn’t come out easily,” Tamara said.

“The day after I had them removed, the whites of my eyes went from yellow to white and within two months there was a huge change in me.

“I could drive again, and I had energy; my whole life had changed.

“My implants were completely intact and there’s a misconception that they can only hurt you if they leak and that’s not true.

“I want to warn women not to get breast implants, they can be silent killers and they shouldn’t even be an option.”

Many social media groups and organizations have been formed to warn people about the dangers of silicone implants.

The Implant Truth Survivors Committee warns that many surgeons, manufacturers, and government watchdogs do not warn about these side effects. There is not enough research into the area.

They warn that unruptured implants can still leak toxins in the body, which triggers an autoimmune response that manifests into an array of symptoms, and can stay in the body for years.