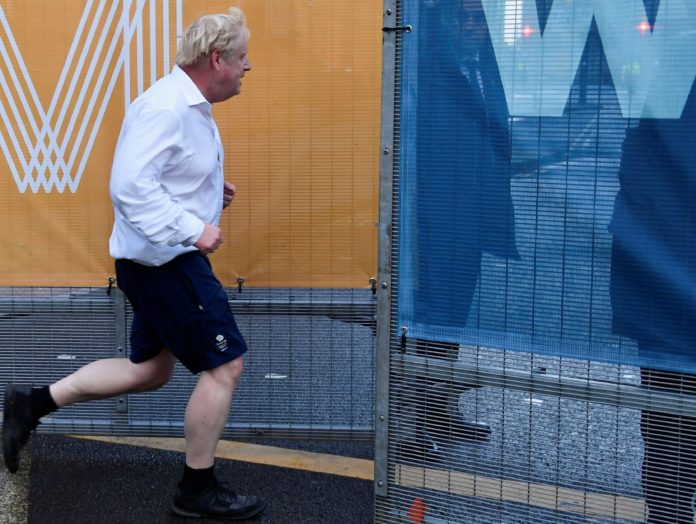 It is important to exercise regularly, however busy you are.

So it was nice to see that Boris Johnson went for a jog over the weekend despite attending the busy Conservative Party conference in Manchester.

But why he was too busy to change out of some somewhat more formal attire than we would usually see in the gym – a shirt and smart shoes to be precise – and into a more exercise-friendly gym kit is unclear.

Johnson is Johnson, though, and the man is no stranger to a stunt to make him look goofy so this is exactly what he did. And whether they play into his hands or not, the reactions to his little stunt were pretty amusing:

Another cursed aspect of the image, if the outfit wasn’t enough, is that Johnson appears to be running without headphones meaning he is going for a jog, without the distraction of music or podcasts and is alone with his own thoughts.

Meanwhile, elsewhere in the conference, Johnson had an embarrassing interview with Andrew Marr who said he wasn’t telling the truth about wages rising under his premiership. He also attracted criticism for backing advice that women who feel unsafe around the police should hail a bus.

Whether more comes out of the conference to make people tell Johnson to “jog on” remains to be seen.