By Amy Comfi
October 1, 2021
In
EntertainmentCelebrities
Iconic rapper Notorious B. I.G.’s death left a massive hole in the hearts of his fans, but his family has found it even harder to cope, and 20 years later, his mother is still inconsolable.

The early 90s to the mid-90s saw the rise of some of America’s most immense talents. Names such as Tupac and Notorious B.I.G dominated the rap scene, but their reigns were cut short after Biggie was killed in a drive-by shooting in 1997.

Like his nemesis, Tupac, Biggie’s death remains a mystery to this day, and his killer has remained in the dark, but grieving family members believe the rapper’s death is an open secret that has been swept under the carpet. 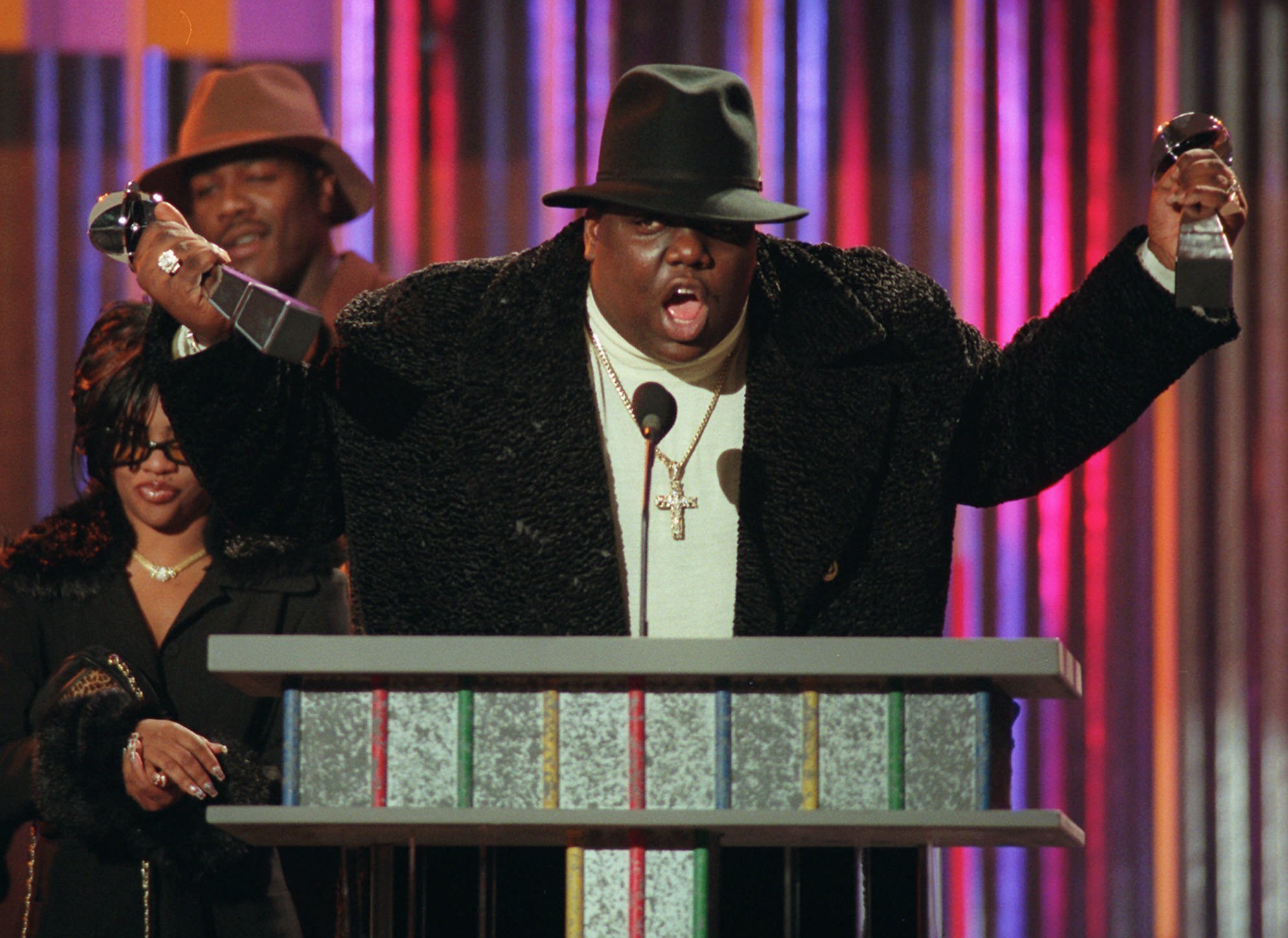 The rap music today is headed by the likes of Future, Meek Mill, Kanye West, Nas, Drake, Cardi B, and Nicki Minaj, but before all these stars came to the scene, there were stars in the sky that shone so bright and made music what it is today.

Notorious B.I.G was one of those stars. In what was sadly short-lived, the revered hip-hop artist and face of East Coast gangsta rap left a tremendous impact on rap music and is widely considered one of the pioneers of present-day rap.

His lyrics cut across social classes and were widely embraced by those on the streets. However, like those of Pac, his songs were seen as anthems that empowered the black race and left suspicions of a possible revival of civil rights agitations.

Born Christopher Wallace in 1972, Wallace was affectionately called Biggie Smalls and the Notorious B.I.G. by those who loved him and were in his corner.

A wax figure of Christopher ‘Biggie Smalls’ Wallace was on display in Times Square on October 25, 2007. |

The 24-year-old almost single-handedly revived East Coast hip hop, which had been trumped by DR.Dre’s “g-funk” West Coast sound of the early 90s. His arrival sparked what became a killer rivalry between both sides.

Biggie was willing to be vulnerable with his music even though he did not possess the vocal mastery of his rival, Tupac; Biggie was a class of his own, aided by his unmistakable and powerful baritone.

The harsh life on the street captured in Notorious B.I.G’s music quickly swept attention back to New York and his local record label, “Bad Boy Records.” Biggie painted himself as a criminal, but he was simply a performer trying to make a name in reality.

Biggie was raised mainly by his mom Voletta after his father, Selwyn, a welder, and local Jamaican politician, left the family when Biggie was two. The rapper had to endure seeing his mom work multiple jobs to give him a good start in life.

Life was rough for the young rapper, and by age 12, he had experienced life in the street and was already selling drugs. His plus-size physique made it easy to recognize him, which earned him the tag, “B.I.G.”

Life on the street is often a life of crime and violence, and in his early teens, Biggie Smalls had started to have brushes with the law.

At age 17, he received a five-year probationary sentence after being arrested on weapons possession charges, but after violating his probation, he was arrested the following year. Afterward, he spent nine months in jail for selling cocaine.

Music had always been in his genes and was more than just a coping mechanism. It sometimes proved to be a reliable income stream, and he would often entertain the locals in his neighborhood.

On his return from jail, Biggie was reborn, and this time, music was not just a hobby or a gift; it became a tool, a weapon, and an identity that the young rapper cleaved to and became known for.

His demo tape, which had nothing serious to it, found its way to the ears of “The Source Magazine, “and after being impressed by what they heard, Biggie was invited to perform with other unsigned stars.

Biggie’s talent was soon noticed by Sean “Puffy” Combs, an A&R executive and producer who worked for Uptown Records. Biggie started as an intern there, but he soon followed Combs to form his record label, “Bad Boys Records,” where he pitched his works.

Biggie began to release songs that soon made him more popular. His career featured collaborations with stars like Michael Jackson and R Kelly, but more success was in store for him.

His feud with his former friend Tupac became what ultimately ended his life. After an unidentified killer shot Pac on September 6, 1996, Biggie was the primary suspect, although he declared his innocence.

At that point, he realized his beef with the dead Tupac had become fatal, and he talked about securing peace between both coasts, but sadly he did not live long enough to get the peace he wanted.

On March 9, 1997, Biggie was shot in a drive-by shooting shortly after leaving a party. Despite being rushed to a hospital, he, unfortunately, lost his life. 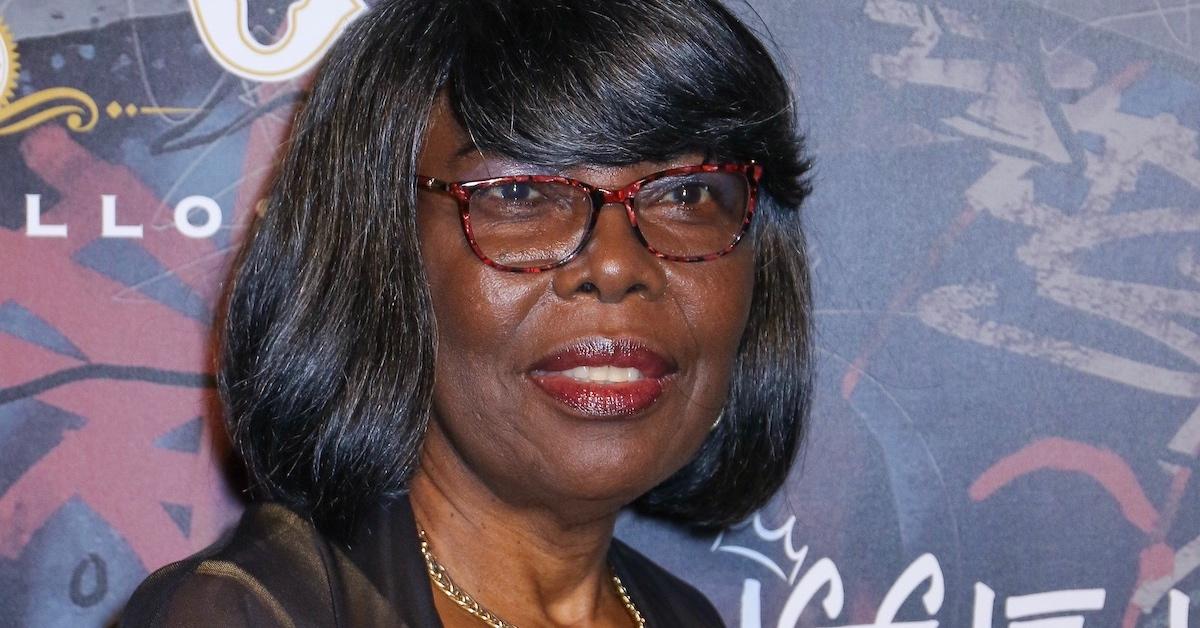 His death proved to be a bitter pill for his fans and family to swallow, and more than two decades later, his mother continues to grieve her son.

On the 20th anniversary of the rapper’s death, his mother noted that she was hurt by her son’s death, especially knowing that his killer was never brought to the books.

Shockingly, Biggie’s mom said she has a good idea of who killed her son and alleged that the Los Angeles Police Department was also aware but keeping mute seems to have been the adopted strategy.

A visibly emotional Voletta spoke of how deeply she missed her son, who had written the family’s name on the map of the world. She explained that the grieving had had no end for her family as they continued to imagine what would have been if Biggie had remained alive.

The movie “Notorious” was done to showcase the life and times of Biggie Smalls and give fans a glimpse of the dark and bright sides of the young rapper, but even that has not solved his family’s pain. Biggie’s sister has also found it challenging to live without her famous brother.

His mom, Voletta, has been managing his estate and keeping his memory alive. Her focus isn’t just to manage his wealth but to preserve his legacy and ensure he retains his legendary status in the modern-day musical world.