Bigg Boss Kannada 7 vote- Who will become the first person to get eliminated from the show?

The experts have notices a swift change in the voting page of Bigg Boss season 7 Kannada. Ravi Belagare, the contestant who was previously thought to have been nominated for eliminate has been left out of the voting race. The contestant is still in the house of Bigg Boss Kannada 7 as he has reportedly made his return after getting medical treatment. By the looks of it, this is the reason why he has been removed from the list of nominated contestants.

Currently, there are only five contestants who are due to go through the elimination round. The names of the contestants are Raju Talikote, Prataap, Gurulinga Swamy, Chaitra Vasudevan, and Chaitra Kottur. It would be interesting to see which one of these contestants are going to leave the house of Bigg Boss Kannada in the seventh season. 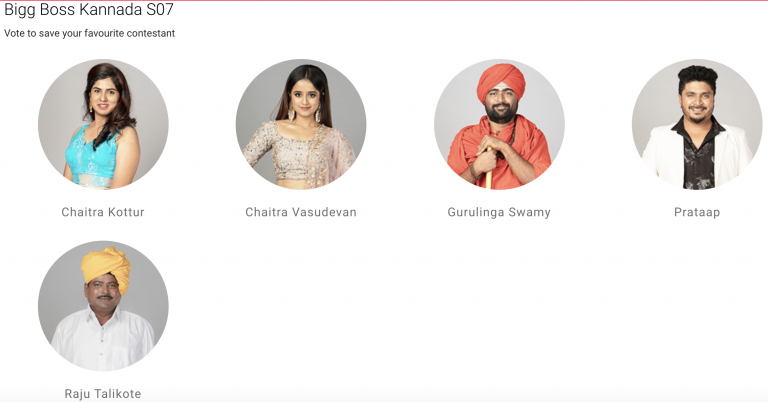 If you want to save your favorite contestant, then you have to vote for them.

How to save your favorite contestant from elimination?

The next thing that you’ve to do is search for Bigg Boss Kannada 7, later you also have to click on the banner of your favorite contestant. The process of voting is pretty much straightforward and simple.