Before Edoardo Mapelli Mozzi, Princess Beatrice had a decade-long relationship with this man.

The Queen’s beloved granddaughter Princess Beatrice had had a long walk to finding true love. Before her blissful marriage to husband Edoardo Mapelli Mozzi, the mother of one was on an adventure to find Mr. Right.

These are some of the most fascinating love stories in the history of the royal family.

Although the Queen’s children would have loved to have the same luck in finding love as hers, some had to go through some bumpy roads. 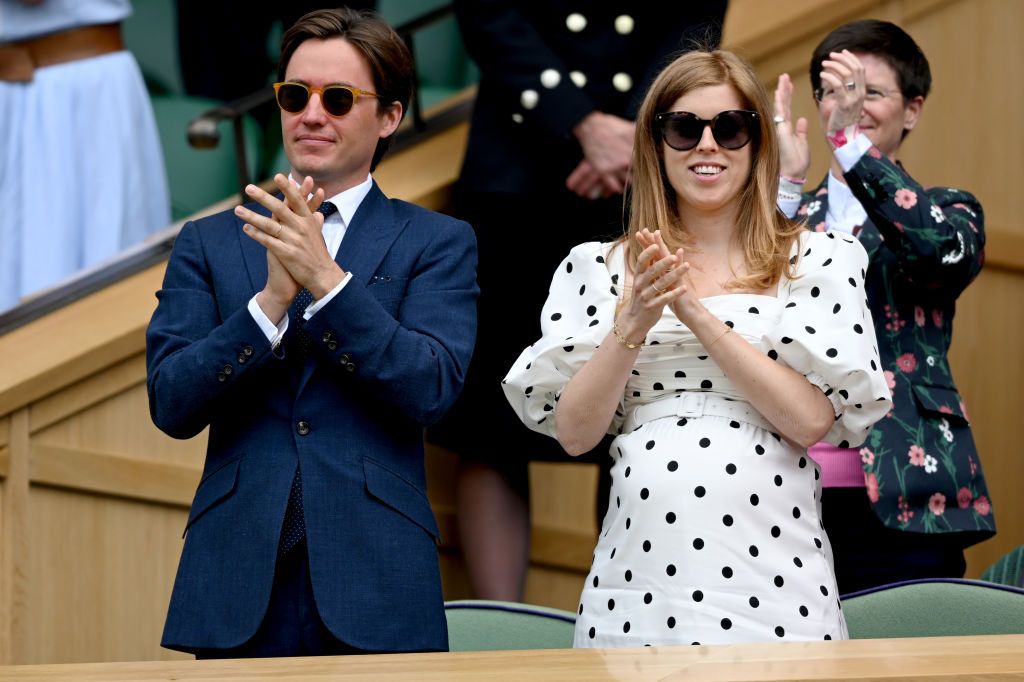 Princess Beatrice, the Queen’s granddaughter, is happily married to her husband, Italian property developer Edoardo Mapelli Mozzi with whom she shares a child.

While things look blissful between them, the Princess had to go through a couple of relationships before finding “the one.”

Initially, Beatrice was in a decade-long relationship with American Uber executive Dave Clark, and the former couple was spotted publicly together, but after realizing a future was not in view for them, they decided to quit.

A LITTLE ABOUT BEATRICE

By right and birth, the title “Her Royal Highness” belongs to Princess Beatrice being the oldest daughter of Sarah, Duchess of York, and Prince Andrew, the Duke of York, but she prefers to be treated normally without much courtesy.

33-year old Beatrice believed that her title would make it difficult for her to make friends, as it could upset people. She wants to be approachable, and people to love her as she is.

Beatrice, who is often perceived as quiet and serious, unlike her younger sister Princess Eugenie was born on August 8, 1988. Eugenie preferred to live at Marlborough College, Wiltshire, where she spent her childhood years. Beatrice was close to her family.

Beatrice is a hard worker who has a great brain. Despite her dyslexia, Beatrice, a mother of one, put a smile in her family’s faces with her grades. She said that her parents were the ones who inspired her diligence.

Beatrice grew up and became more independent as she studied History at Goldsmiths College, London, in her late teens. This was her first time living on her own.

During her time at the College, Beatrice moved into an apartment at St James’ Palace and was noticeably more mature. These changes were related to her love life, as she was currently in a committed relationship.

Beatrice’s choice of a lover had always caused controversies and made headlines leaving questions about her criteria for choosing a partner.

Paolo Liuzzo, her first known boyfriend in 2005, was reported to have had a dark past after he was charged with manslaughter in 2002 over the death of a fellow student during a brawl back in the United States.

In 2006, his record was revealed and the public strongly reacted to it. He pleaded guilty to the crime, and in return received a lesser sentence and was placed on probation and required to perform community service.

Her parents had to issue a statement expressing their faith in their daughter after the strong reaction to the Liuzzo-Beatrice relationship.

Beatrice and Liuzzo first met through mutual friends. However, their disgraced past hung over their relationship and they soon broke up. Later, he was arrested for cocaine possession.

After dating her American bad-boy boyfriend, Beatrice’s next adventure would last for a decade. Beatrice and Clark started a relationship in 2006. They met at Pierce Brosnan’s child’s birthday party. The attraction was intense.

After the pair met at a course together, Clark became first friends with Prince William. William introduced Clark, his younger cousin to Clark, and both fell for one another.

Princess Beatrice and Dave Clark break up after nearly a decade of dating: https://t.co/HOWk7o6vfg pic.twitter.com/91FNB9gzAZ

Clark and Beatrice soon moved to the US, where Clark headed taxi app, Uber and Beatrice secured a job at a consultancy in New York City. They were often seen together at events and were considered the hottest couple of the decade.

Clark and Beatrice shared an influential circle that included high-profile celebrities like Ashton Kutcher, Mila Kunis and Donna Air, as well as Holly and Nick Candy.

Beatrice and her former lover bonded over several mutual interests, which included sports. They ran the 2010 Boston Marathon together and supported Zara Phillips’s appearance at the 2012 Olympics.

Clark was close to Beatrice’s parents. He often accompanied them on trips, such as to Verbier in Switzerland and the Bahamas.

Loved-up pair Princess Beatrice and Dave Clark enjoy a night out on the town http://t.co/aInEWJEhdf pic.twitter.com/hX2scZ4ESu

After spending a decade together, the couple reportedly took time to discuss their future and wonder why they had not yet gotten married. According to reports, their split was mutual.

Sources close to the couple claim that Beatrice became tired of their relationship failing to lead to marriage. She offered Clark the choice of taking the door or popping the question, but he chose to walk out.

While their friends were still shocked over their split, it did not take time for Clark to move on and find the woman of his dreams.

Clark married Lynn Anderson two months after his split with the British princess. The wedding was a huge success.

The new couple tied the knot at a five-star coastal resort in Puglia, Italy, and had some high-profile friends in attendance.

Finally, Beatrice married her long-time friend, Italian business tycoon Mozzi who she had known for more than a decade. According to some, the duo had rolled in the same circle, but never considered being together.

Their marriage was scarcely attended by many due to the global health scare, but it was nonetheless a moment of joy for Beatrice, who had to endure different tales before finding love.

Previous articleWhat Does Glen Thore Do for Living ? More On My Big Fat Fabulous Life Star Whitney Way Thore And Her Family.
Next articleInsider Reveals What Really Went On During A Private Date Between Meghan And Harry