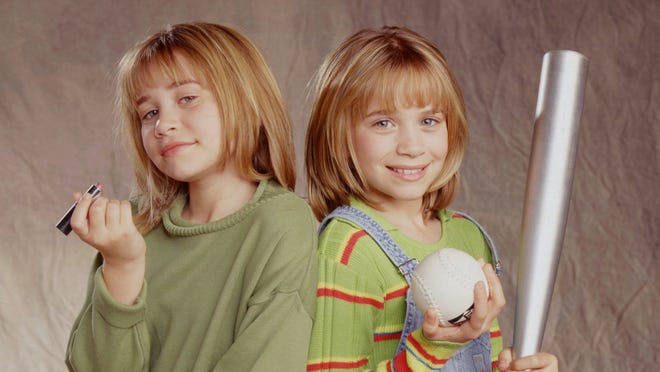 Yes, that is Ashley Olsen on a red carpet.

Olsen stepped out on the red carpet for the first time in two years Thursday night to attend the YES 20th anniversary celebration in Beverly Hills, California, in honor of Willow Bay and former Walt Disney CEO Bob Iger. Olsen was joined by boyfriend Louis Eisner, who wore a black suit to match his partner’s all black look.

It marked the 35-year-old designer’s first red carpet appearance since she and twin sister Mary-Kate Olsen were photographed on the red carpet of the CFDA Fashion Awards in New York in June 2019.

Thursday night’s YES gala, held at the Maybourne Beverly Hills, featured a performance by Christina Aguilera. YES is an organization founded by Olsen’s boyfriend’s father Eric Eisner, aimed at providing promising students from underserved communities with resources to help get them to college and graduate.

Following their shared role as Michelle Tanner on “Full House,” the Olsen sisters had successful acting careers in their teen years. But they stepped away from the limelight after the late aughts, which Mary-Kate Olsen credits in part to the fact that they “were raised to be discreet people.”

In an interview earlier this year with Vice’s i-D Magazine for the 15th anniversary of their fashion line The Row, the Olsen sisters opened up about their choice to lead private lives.

“We really didn’t want to be in front of it,” Ashley Olsen said. “We didn’t necessarily even want to let people know it was us, in a way. I mean, it was one of those things where it was really about the product, to the point where we’re like, ‘Who could we get to kind of front this so we don’t have to?’ I think, to this day, you’ll see we really put the product first.”

She added: “What we did know was that we wanted to take that time to take a break from what we were previously doing and to explore things that interested us, and explore what life has to offer (creatively). We wanted to explore making something of ourselves.”

Their product did get a red carpet Emmys look last week when sister Elizabeth Olsen wore her sisters’ creation to the awards show.

The “WandaVision” actress, 32, stepped out for TV’s biggest night in a custom cream-colored tent dress with billowing sleeves and a v-neckline from The Row.