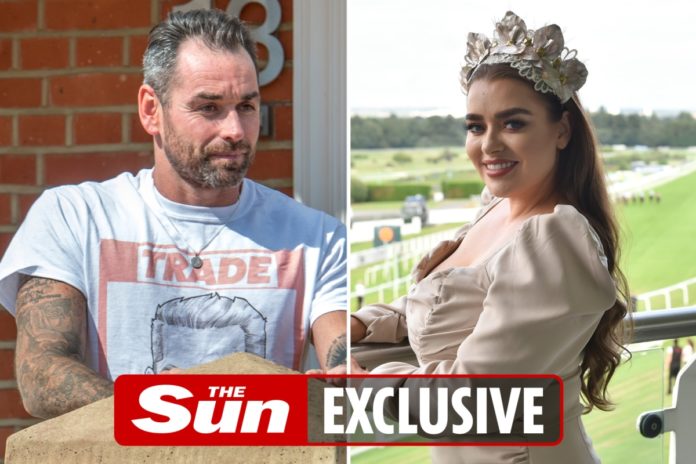 MARRIED At First Sight’s Amy Christophers has been slammed as ‘attention-seeking and demanding’ with Josh Christie, by the show’s former star Ben Jardine.

The reality TV favorite called time on his marriage when it was not working during E4’s MAFS where strangers get hitched – and believes Amy and Josh could do the same in tonight’s commitment ceremony.

Ben has spoken out as the nation waits to see if Amy, 34, and Josh, 26, will renew their vows in the final showdown this evening.

In an exclusive chat with Central Recorder, CBB star Ben, 36, said: “As for Amy & Josh, wow.

“Josh is trying so hard to live up to the expectations of the experts and unpredictable Amy, the pressure of trying to be more mature will eventually catch up with him.

“Amy is demanding and whilst she seeks his attention, Josh is more interested in how much of his chest he can show in one of his shirts.”

Fans of the show were left fuming after being left on a cliffhanger to find out if Amy and Josh would take the plunge, and commit to staying together.

It comes after Marilyse and Frankie, and Dan and Matt decided to stay together.

Meanwhile earlier this week Ben has slammed Morag for breaking Luke’s heart and said they should have quit the show as he did.

Fans had previously savaged Morag, 31, for “leading Luke on” after she confessed she did not share his feelings of love.

In an exclusive chat with Central Recorder, Ben has spoken honestly about the couple.

He told us: “When I was on the show I was honest, everyone could see I wasn’t really feeling my marriage and in the end, I left.”

“My first opinion of Morag was that she was a bit moody and wondered who she thought she should be with? Brad Pitt, George Clooney?

“Luke is even saying now that he doesn’t want kids – in front of his parents.

“This is gonna end badly. Luke is doing everything to try and make Morag happy but the bottom line is, she wants a Chippendale who will mess her around and keep her on her toes.”

Ben, who Central Recorder revealed will be fighting Love Island winner Jack Fincham in a boxing clash early next year, added: “Luke is a great guy but he’s not gonna sweep her off her feet like Richard Gere in An Officer & A Gentleman.

“Luke is really falling for Morag but I get the feeling she will break his heart.”