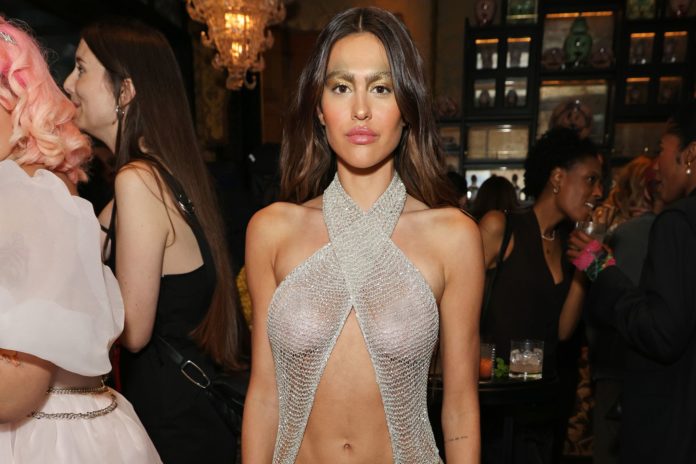 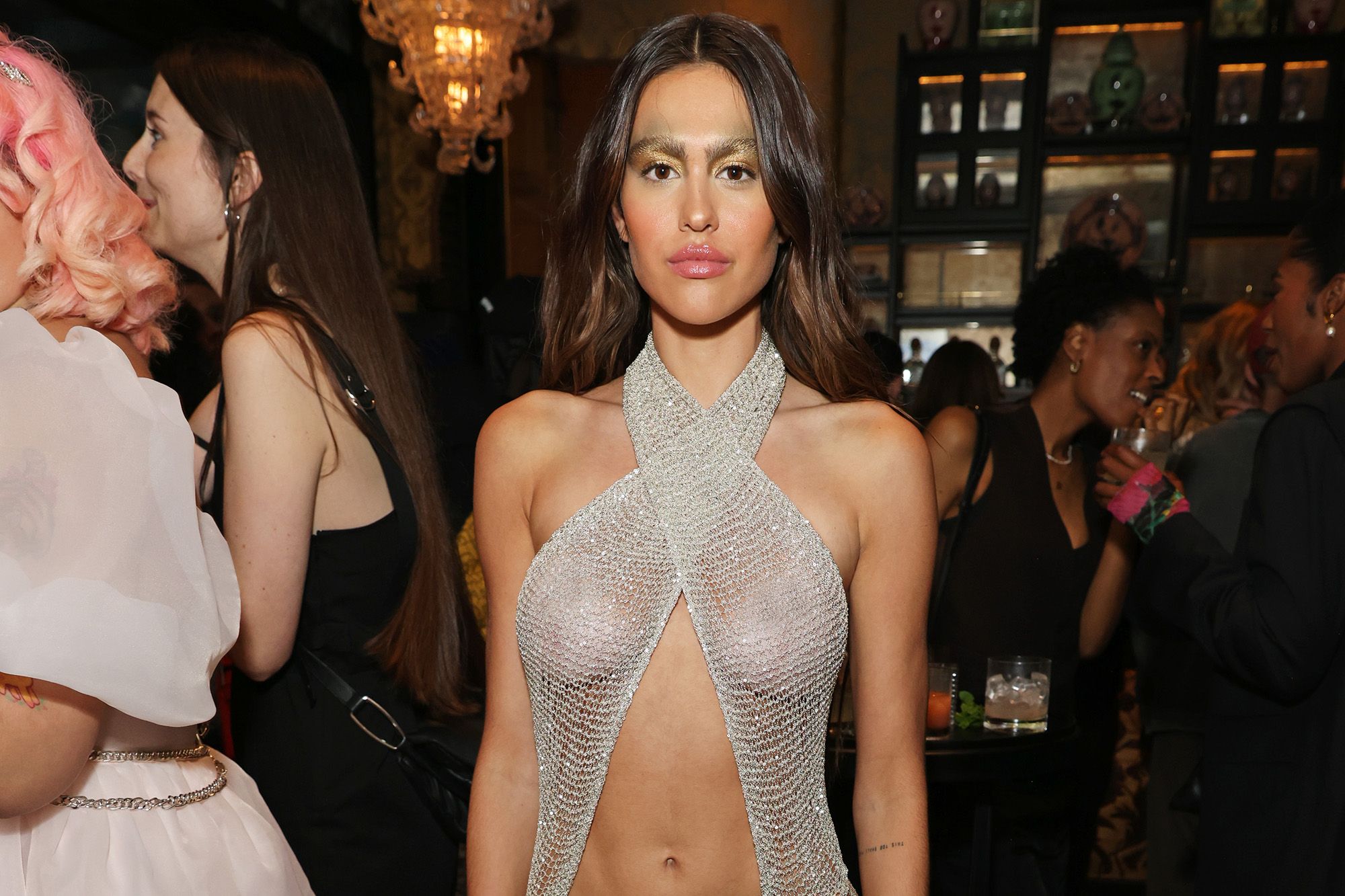 Amelia Hamlin apologizes to dad Harry Hamlin after exposing her chest in a very daring and see-through look. The 20-year-old model, fresh from splitting from boyfriend Scott Disick, has been busy storming the Fashion Week runways in both New York and London this month, with the latter also bringing the Alo Yoga to face at high-profile parties as her career climbs.

Putting on quite a display recently in a criss-cross and sheer top-and-skirt look, the brunette beauty wound up front-page news for having her nipples visible, and it looks like she’s saying sorry to her dad over the whole thing.

Scroll for the photos. Hamlin ended her relationship with Disick, 38, this month. Since then, she has removed the Talentless founder’s Instagram account from her Instagram. She has been living her best, single life. The Boux Avenue influencer’s headline-making look came as a stomach-baring and braless silver bead number, one paired via a likewise sheer skirt flashing briefs beneath it – a lot more was flashed up top, though.

Highlighting her ripped abs and golden tan as she classily showed some chest, Amelia Hamlin made sure she was the talk of the town – but she’s since taken a moment to address having her chest out.

Apologizing To Her Dad

The daughter to Bravo star Lisa Rinna received plenty of comments for the sexy look – clearly, though, some also raising eyebrows. Responding, the model wrote: “For the people concerned about Harry Hamlin, sorry for my nipped [sic] dad, it’s fashion.” The message is reported to have been sent by text.

Rinna Beauty founder Lisa Rinna only had good words for her youngest daughter, though, writing: “I just saw lol. It’s fashionnnn.” The glitzy look had come as Hamlin attended a glitzy night – she was invited to the Perfect Magazine x Charlotte Tilbury Beauty event. Continue reading after the photos. 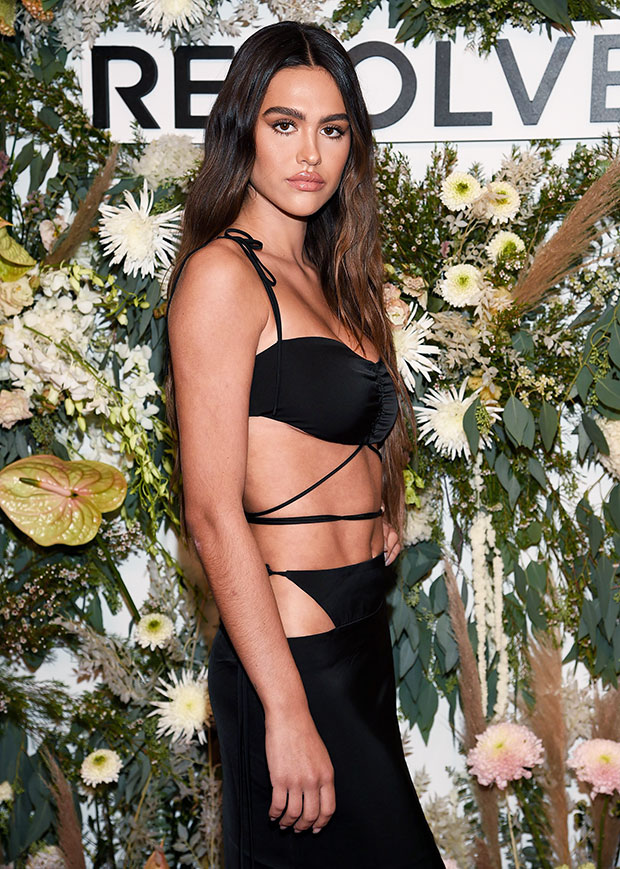 Amelia Hamlin is reported to have ended things with the dad of three Disick, a man 18 years her senior and known for dating younger women. Before she met Hamlin, Disick was also in a relationship with Sofia Richie (also 19 at her first romance).

Shortly after the split, Hamlin posted an innocuous comment on Instagram. Many thought it was directed at Disick. Saying: “This is it,” the star wrote:

“Never settle for less. Not with your job, your friends, and especially not with your heart,” adding: “Continue to seek what you are looking for and do not shrink yourself for the sake of other people. You deserve the best.”