Comedian Amber Ruffin is pretty much appalled with Disney for its historical inaccuracies in its 1995 animated film, “Pocahontas,” which she pointed out on her Friday night Peacock series isn’t much better than Marvel’s scantily clothed Princess Matoaka character.

“We talk a lot on the show about how representation matters, but what if that representation is so deeply offensive that it’s worse than not being represented at all?” she said in the “How Did We Get Here?” segment of “The Amber Ruffin Show!”

Ruffin noted that Marvel Comics has introduced a new character named Princess Matoaka, which “is the birth name of an indigenous woman most of us known as Pocahontas.” 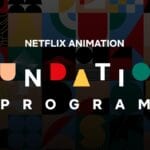 “I know what you’re thinking — what a great opportunity to show a historic Native woman for the complicated, resourceful, brave person that she was. Well, instead, they did this…”

A drawing was shown of the Marvel heroine in a metallic gold, teeny tiny bikini.

“Wow, yeah,” Ruffin laughed. “First, that’s super racist second it’s very confusing to literally anyone who has seen a woman in her underwear. Now, in case you’re wondering if this was drawn by a man, let me point out that there are zero bra straps and she’s wearing gold pasties and, yeah, she’s holding up a metal orb entirely with the strength of her breasts. Apparently, this comic is set in an alternate universe where Native women exist but gravity does not.”

“Now if it’s not clear to you why that character is upsetting people, let’s take a minute and decolonize your understanding,” Ruffin said. “Native women have been hyper-sexualized throughout American history, and the consequences have been devastating.” “Many of you are probably familiar with [Matoaka] mostly from Disney’s ‘Pocahontas,’” Ruffin continued. “A movie about a Native woman who falls in love with an English guy named John Smith, saves his life, has a close personal friendship with a raccoon. Of course, almost none of that turns out to be true. In reality Matoaka was around 10 years old when she met John Smith and he was almost 30. […] So unlike the Disney movie, there was never any kind of romance between Matoaka and John Smith.”

Ruffin continued: “The actual story of Matoaka is a devastating one. According to Native accounts she was kidnapped, raped by colonists and died before the age of 21. Continuing to hyper-sexualized Indigenous women in fiction can lead us to ignore their abuse in real life.”

“It’s our duty to make sure Indigenous women are depicted with care and integrity and more importantly, make sure they get a chance to depict themselves,” Ruffin closed.