Officers were called at 5.32 pm on Saturday after the body of Sabina Nessa lay undiscovered for almost 24 hours in Cator Park, Greenwich, London. 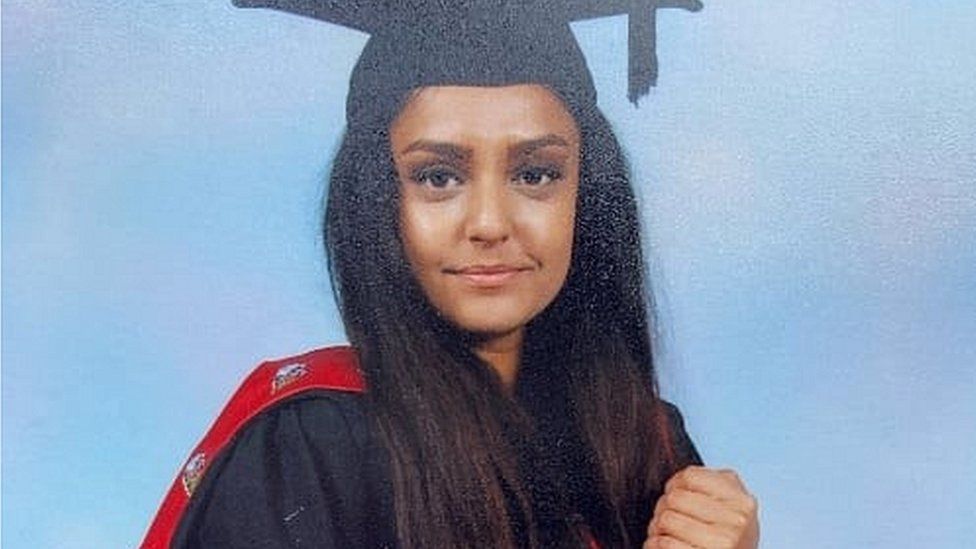 Sabina Nessa was found dead on Saturday evening, with police believing she was killed around 8:30 pm the night before.

Her body was discovered near Cator Park’s OneSpace community centre, Kidbrooke Village in Greenwich. Police believe that she was killed around 8:30 pm on Saturday.

After her body lay in meadowland for 24 hours, officers arrived at 5.32 pm.

Although police are treating her death as murder, an initial post-mortem investigation didn’t reveal any conclusive cause of death.

The police established a large perimeter around the crime scene and set up forensic tents to collect evidence.

The Kidbrooke area is mainly made up of new-build flats and surrounding areas of landscaped greenery. There are also parks with children’s playgrounds. 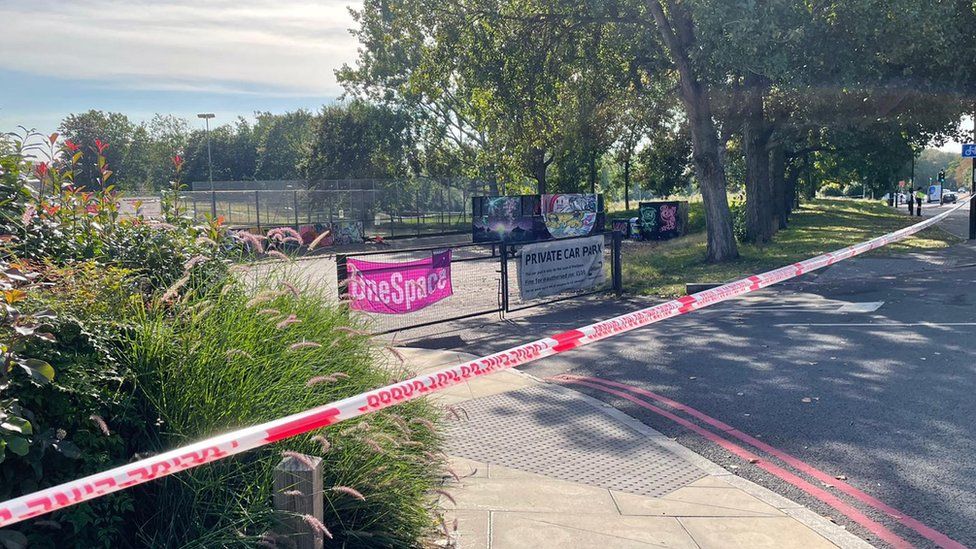 Sabina was discovered under a pile of leaves in a busy London park by a woman searching for her lost necklace.

Before police arrived on the scene, the woman called a nearby dog walker and asked for help.

The grandmother of the woman searching for her necklace said: “I gave my granddaughter a designer gold necklace for passing her biochemistry exam.

“She was going out to a party, but then came back half an hour later and said she had lost her necklace. She went to the park with her sister and brother to search for it.

“I didn’t understand what was going on, but they told me a dog walker had called over and asked to call the police.”

Sabina worked as a primary school teacher in nearby Catford.

Sabina, 28, was one of four sisters and taught as a primary school teacher at Rushey Green primary school in Catford, just a few miles from where she was discovered.

She had been teaching Year 1 students for just over one year.

She had previously studied sociology at Greenwich University and then completed a postgraduate teaching degree at the University of Bedfordshire.

Sabina was also a Cambridge graduate and has helped non-English speakers improve their English language skills.

She often visited Sandy, Bedfordshire, where she was raised.

The victim’s cousin Zubel Ahmed has said that her family is “inconsolable” as they try to deal with what has happened.

He told ITV London at the scene: “She’s been attacked on the way home, and she was five minutes away from here walking home the usual route that she’s been taking for the last few weeks where she’s been working from school to home, going back and forth.

“She was due to go and see her family at the weekend, and even that… she couldn’t even do that one last time, unfortunately.”

Mr. Ahmed added: “She was the sweetest, most loving person I know.

“We went and saw her parents, and they are inconsolable. It’s the worst way for someone to go.

“The shock has not sunk in. She was a beautiful, kind, caring soul.

“I express my deepest sympathies for her sisters – Mum and dad are devastated.

“Nothing is making sense to us. Why was she taken from us? We just don’t know.”

“She was a brilliant teacher; she was kind, caring, and absolutely dedicated to her pupils. Her loss is deeply sad. She had so much to live for and so much to give.

“As a school, we are supporting each other through this challenging time, and we will be providing specialist support to those who need it.”

It is believed that her father, a chef and former homemaker, visited neighbors to share the sad news about his daughter’s death.

One neighbor told the Evening Standard: “He looked in total shocks, like a broken man.

“He said ‘my daughter has been killed’ – He looked terrible as if the blood had been drained from him.

“We have seen her grow up. She lived in London but regularly came back. They are a close family.”

A large police cordon is still in place around Cator Park at Kidbrooke Village.
Mum’s horror as boy, 4, shot in the head in a drive-by shooting as friend braided hair.

A man, aged in his 40s, arrested on suspicion of murder, has been released under investigation pending further enquiries.

Detectives are appealing for any information about anything suspicious in the area of Cator Park, Kidbrooke, on Friday night. This is where her body was discovered.

Detective Chief Inspector Joe Garrity said: “Our initial inquiries suggest that this attack happened at around 20:30hrs on Friday, 17 September, a time when the park was likely being used by many people from dog walkers to joggers.

“Sabina was found near the OneSpace community center, which we know is a facility used by lots of people, and we would ask anyone who was in or around the area and who may have any information to come forward.

“We are working round the clock to bring justice to the family of this young lady and need your support. Contact 0208 721 4266 or 101. Alternatively, contact Crimestoppers .”

Chief Superintendent Trevor Lawry, responsible for local policing in Greenwich, said: “Our thoughts are first and foremost with Sabina’s family and friends following this shocking incident, and we will continue to provide our support to them as the investigation progresses.

“We know this incident will be worrying to those who live and work in the community.

“Over the next few days, they can expect to see extra high-visibility patrols both in and around the crime scene as well as other open spaces across the boroughs of Lewisham and Greenwich.

“As usual, we work closely with both local authorities to talk to our communities and ensure that everyone is safe.

Previous articleEmployees will be given two days’ paid leave off work to mourn dead PETS under new laws in Colombia
Next articleWhat does The Sun card in the Tarot mean?