Heartbroken Hollyoaks actress Stephanie Davis told her fans that she has been unable to leave her bed and can’t stop herself from crying. 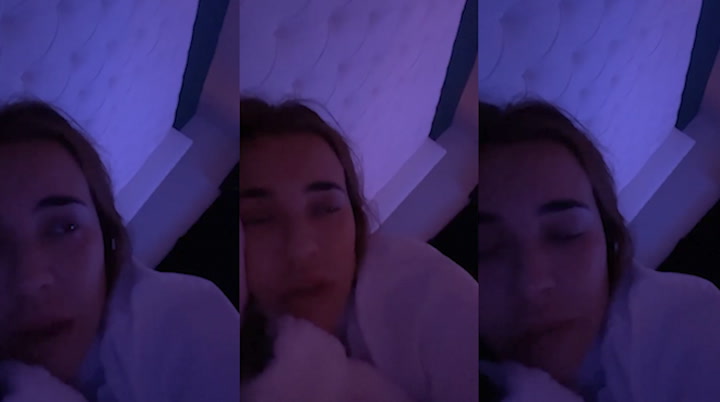 Stephanie Davis is toying with the idea of ‘what if’ following her tragic miscarriage.

Earlier this week, the former Hollyoaks star, 28, took to social media to break her devastating news with fans after discovering she had miscarried her baby with boyfriend, Oliver Tasker.

Now, Stephanie has opened up about her grief, explaining that she can’t stop thinking about the ‘what if’s.’

In an update, the former Celebrity Big Brother star said she was ‘all over the place.

The heartbroken actress told her fans that she had been unable to leave her bed, and she simply couldn’t stop herself from crying. 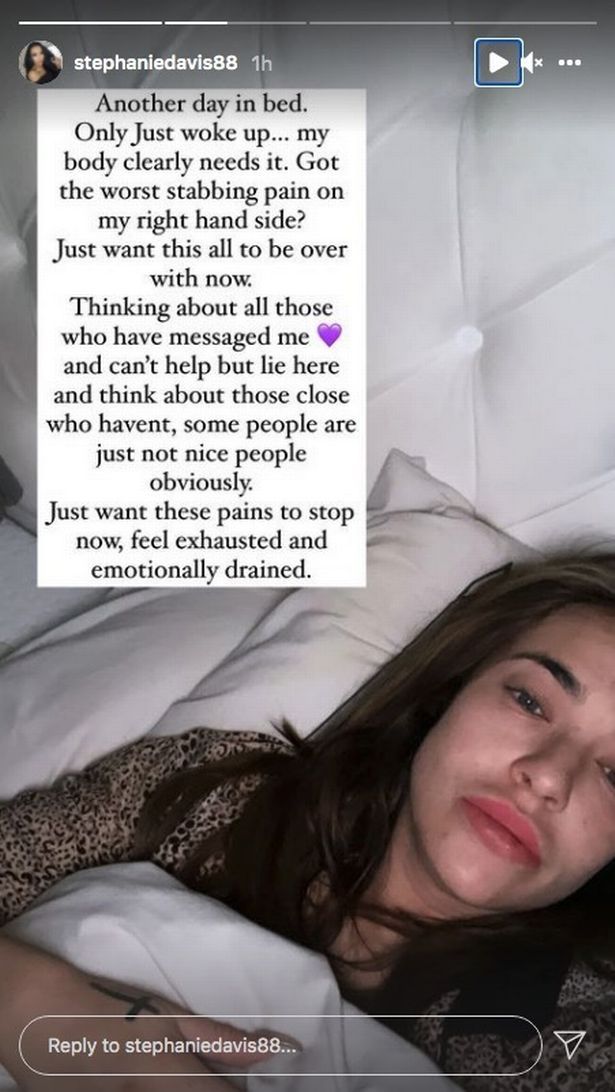 Stephanie, who shares son Caben, four, with ex Jeremy McConnel, posted a photo of herself from bed with tears streaming down her face.

Alongside it, she penned: “C*** morning. Still in bed. Crying over what could have been and what if.”

“Had a good chat with my mum on the phone and trying to be positive and going to get out the bed and get me in the shower and cream my skin. As you can see, it’s so bad and all down to my neck.

“This isn’t going to be the winter. I thought it was going to be in my head. I know it will happen again, one day.

“Just all over the place right now and feel sad. I need to get positive and don’t want to sound like, oh come on, get over it already but I just can’t help it, feel empty.”

Stephanie revealed the heartbreaking news of her miscarriage on Instagram as she shared a touching montage video.

In it, she included the moment she told her partner Oliver Tasker that they were expecting.

However, alongside the video, Steph wrote a lengthy caption explaining she had lost her unborn child.

She wrote: “We only told close friends and family as wanted to wait till the 12 weeks safety mark even though I thought, of course, it would all be okay. I was so happy.

“Unfortunately, I started getting pains and was under the hospital where they were keeping a close eye on me.

“Scans and lots of bloods later, I had the dreaded phone call of the hospital saying that my levels were dropping drastically, and sadly my pregnancy is no more.

“Then it was just the waiting game to start bleeding and loose what I dreamt about and was so happy about.”

Stephanie has been showered with love and support since confirming the heartbreaking news.

Previous articleBritney Spears’ Conservatorship Fight: What We Know
Next articleBehind the Scenes of ‘The Price Is Right’ as Iconic Game Show Celebrates 50 Years on Air