After The Chrisley Family Guilty Verdict, An Insider Speaks Out About How Everyone Is Allegedly Coping

By Tom O'Brien
June 17, 2022
In
EntertainmentCelebritiesUSAViral 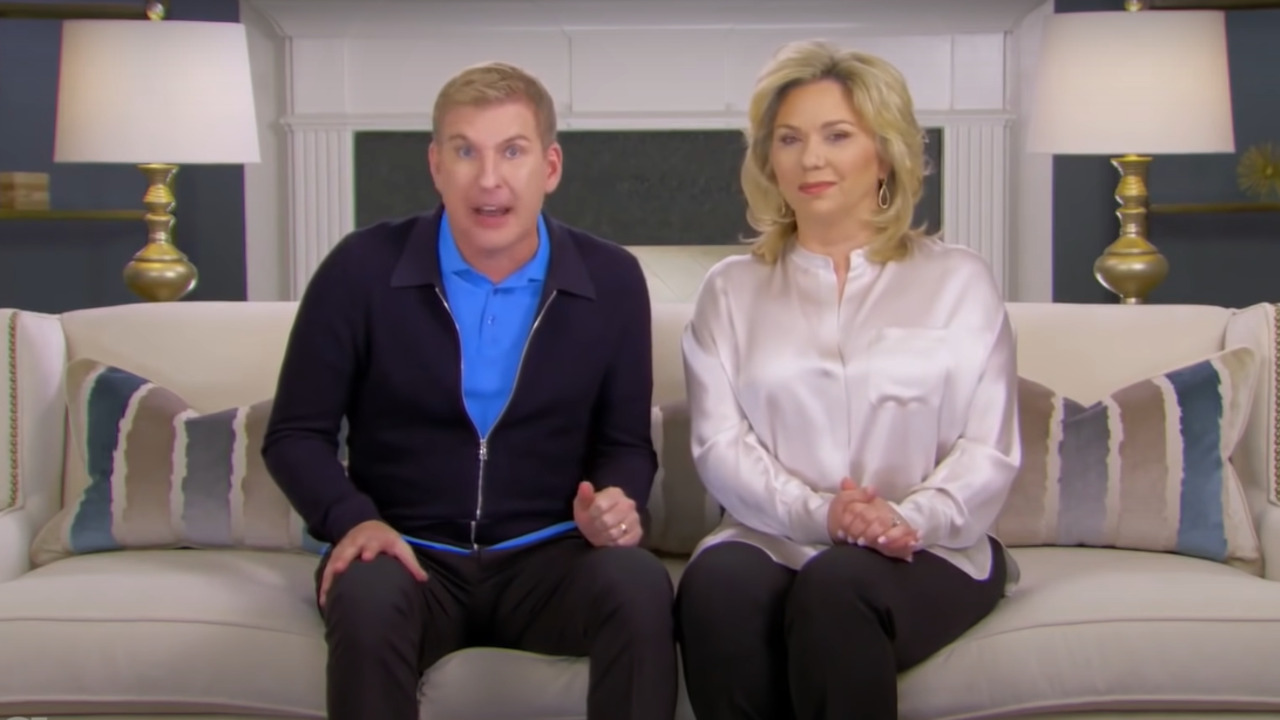 After they were hit with a federal indictment in 2019 on bank fraud, tax evasion, and other charges, Todd and Julie Chrisley finally had their day in court this past month. But the trial didn’t exactly go as planned for the two, as the jury found them guilty of all charges. In the wake of the shocking verdict, an insider spoke out about how the family is allegedly coping with it all.

The trial itself was already pretty dramatic on its own. Not only did the bombshell allegation of a gay love affair come out regarding Todd Chrisley from his former business partner, but that same partner (who also pled guilty himself to the touted crimes) alleged that the Chrisleys needed nearly six figures every month to keep up with their expensive lifestyle. However, according to a source for Us Weekly, none of the Chrisleys anticipated the verdict they got, saying,

Their sentencing is slated for October, but if the Chrisleys’ appeals don’t pan out, then they reportedly face up to 30 years in prison for their crimes. This poses a huge problem for the custody of the two younger children still residing at their home – a 16-year-old son and a 9-year-old granddaughter. It’s expected that family members will take the kids in if Todd and Julie Chrisley are not allowed to stagger their sentences by the judge at that time.

The reality TV couple’s older kids have evidently been stepping up big time after the guilty verdict. The source stated that Savannah, 24, and Chase, 26, are at their parents’ “beck and call” right now. This apparently includes running errands for them while they’re on house arrest until sentencing. Chase Chrisley was actually spotted bringing groceries to their house just earlier this week, per the Daily Mail.

Todd Chrisley’s older daughter from a previous marriage, Lindsie, is also offering her support these days. She broke her public silence on the matter via social media this past week, confirming that she had taken a week off specifically to be there for her family after the verdict. She had taken the stand during the trial and advocated for her father’s good character.

But when the prosecution peppered her with questions about how she herself once contacted the FBI about her father (for allegedly blackmailing her with a sex tape of hers), the 32-year-old then apparently caught such an attitude on the stand that it prompted an outburst by jury members. The judge didn’t take too kindly to her responses either, but the source stated that the efforts on his behalf “meant a lot” to Todd.

Questions continue to linger, though, around the status of the family’s reality series, Chrisley Knows Best, and the older kids’ Growing Up Chrisley, both of which were greenlit by the USA Network for another season prior to the trial. The network is still moving forward with airing the second half of Season 9 this month, but Season 10 is reportedly up in the air. According to the Chrisley insider, everyone is at a loss with how to proceed:

They noted that Todd and Julie Chrisley being on home confinement “puts a huge wedge” between them being able to film as normal outside of their house in Atlanta. Obviously, the older kids and Nanny Faye aren’t likewise restricted, allowing them to do their normal bits for TV, but there’s also the issue of them probably not being able to talk much about the current circumstances so as to not affect the appeals process.

We’ll see how it all shakes out in the upcoming months. For now, it seems the Chrisleys are doing what they do best: showing a united front. Tune into the premiere of the rest of Chrisley Knows Best’s ninth season on June 23 on the USA Network as part of the 2022 TV schedule.