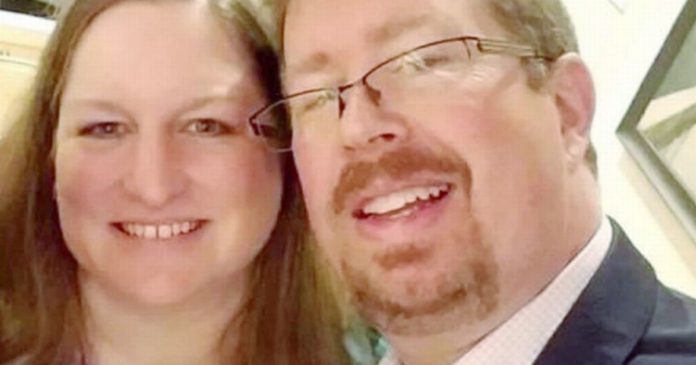 A woman has been charged with the murder of her husband after making a desperate TV appeal for help in finding the killer.

Jennifer Lynne Faith is now accused of orchestrating the crime with the help of her boyfriend.

She had said she was not supposed to be widowed at 48 after Jamie Faith was gunned down on October 9 last year while he and his wife were walking their dog in Dallas, Texas.

Her long-distance boyfriend Darrin Rubin Lopez, 49, was indicted for the murder in January, the Independent reports.

Now, police say they have found evidence to show that Faith engaged in a “depraved” plot to kill her husband and manipulated her boyfriend into committing the crime.

In a tearful TV interview last December, Faith said: “I just hope that at some point, maybe this person can recognize the gravity of what they’ve done and [can] feel some sort of guilt.”

Court documents alleged that Faith impersonated her husband and another friend to send emails to her boyfriend.

In these emails, she insinuated that she was being sexually and physically abused by her husband, allegedly provoking Lopez to murder Jamie Faith.

Prosecutors say there is no evidence to support these allegations against the murder victim.

In February Faith was charged with the destruction of evidence in the case.

Prerak Shah, acting US attorney for the northern district of Texas, said the woman’s act was “depraved and calculated”.

He said: “She preyed on her boyfriend’s protective instinct and his pocketbook in order to convince him to execute her husband.

Faith and her boyfriend exchanged more than 14,000 calls and texts during the month of the murder, according to a report by TV station WFAA.

Posing as her husband, Faith sent a picture of two men sexually abusing an unidentified woman to Lopez.

Another message sent pictures showing injuries that she claimed were from an assault when in fact they were from an accident in 2012.

Prosecutors say that after the series of emails and exchanges, where Faith allegedly faked assault and torture by her husband, Lopez drove hundreds of miles from Tennessee to Dallas to gun down Jamie Faith.

Faith was charged on Tuesday.

If convicted, she faces up to life in federal prison and could be subject to the death penalty.