A comedy sketch from Belgium hilariously shows why adults are so reluctant about going back to work. 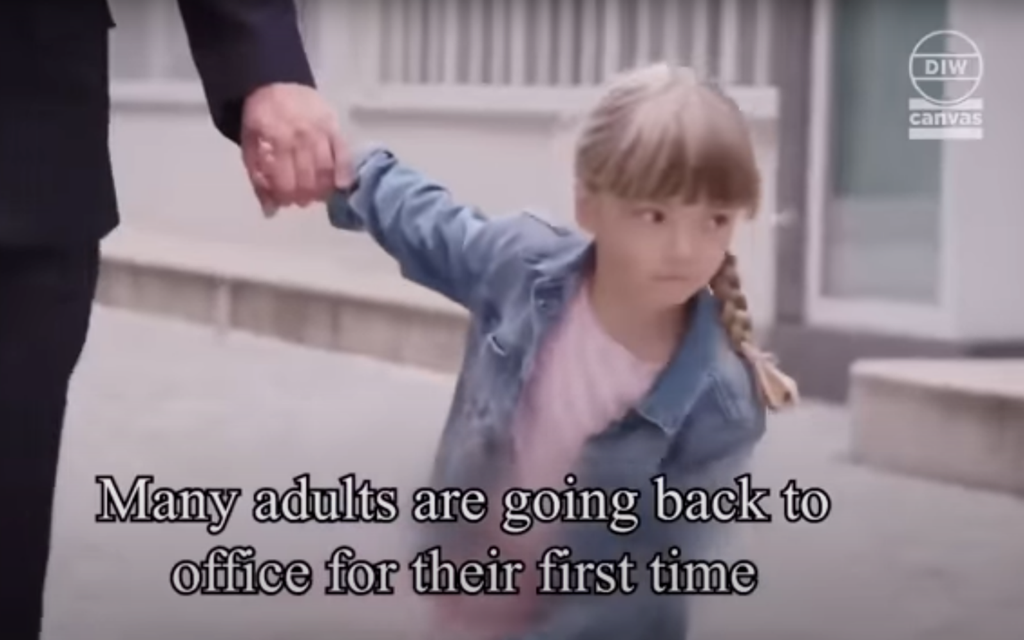 Many are struggling to adapt to the office after a year and half of remote work.

Remote working was great in terms of being able to live in sweatpants and not having to spoon strangers on packed trains during rush hour, but it has meant we’ve maybe gotten a little too comfortable in our introverted dens.

Belgian comedy current events show De Ideale Wereld captured it perfectly with a funny sketch in which children encourage their parents to return to work.

A young girl leads her dad to his office in the video.

“I don’t want to go,”He protests in a childish tone.

His daughter encourages him by saying, “c’mon, you’ll see your friends again”Her father shakes his head as she lists names. He then reluctantly leads his child to the office door, and she excitedly points out Steve, an accounting friend.

His boss, a great teacher, encourages him inside by saying: “We’re going to have fun today. We’re going to draw spreadsheets, have meetings about quarterly results.”His boss then takes him by the hand back to his office, and he starts to cry as his daughter leaves.

“Hey, she’ll be back later,”His boss is a great help.

A row of children greet their parents when it is time for pickup. He clearly seemed to have enjoyed his first day at work and told his daughter. “supercool”He boasted about his ability to take meeting notes and was proud of it.

Steve from accounting didn’t have such a good day however, as he had a “little accident”.

His daughter walks him home and promises to make him spaghetti and to watch the news because he is so brave.

Reddit shared the video and it was loved by many.

One of the most popular comments was the one about spaghetti as dinner and the news on TV. “Holy s*** my sides.”

Another user said it reminds them of a joke about a child’s first day at school. When the kid realised they would have to stay in school until they’re 18, the child said: “Dad, you will remember to come and get me when I’m 18, won’t you?”

Another comment is: “Hilarious. Would have been more accurate though if he came storming out at the end screaming ‘I’m never going back there again, you can’t make me!’”

A 2021 Ipsos survey reveals that the majority of respondents are female. World Economic ForumA third of workers would be open to finding a new job if there was an opportunity. “forced”to return to the office full time.

According to the survey, most people would like to work from home at least two and a quarter days per week. However, only 1.9 percent of respondents in Belgium wanted to work remotely.

In fact, 40% of Belgium-based professionals polled said they would prefer not to work from home after the pandemic ends and all restrictions are lifted.

Whether or not we’ll ever be back in offices full-time, we’re certain most remote workers would feel comforted if a little pint-sized person held their hand on their first day back, too.