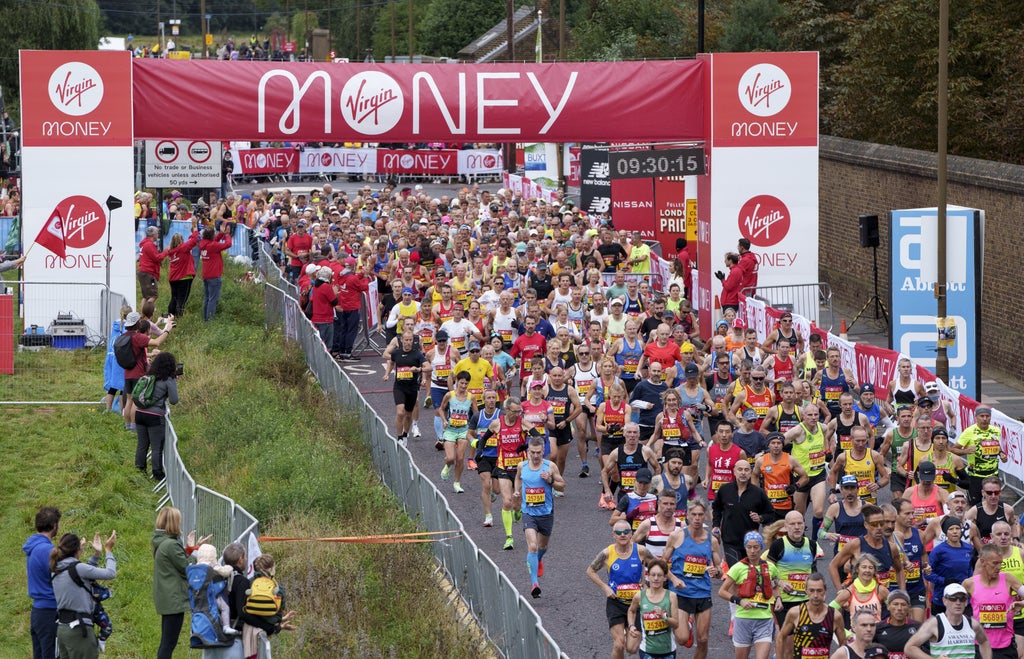 A fun runner who is now the fastest woman to finish a marathon dressed as a cake said it was a “amazing” to have competed in this year’s London Marathon.

The effort by Anna Bassil, 42, of St Albans is among 30 official Guinness World Records (GWR) titles which were broken as the Virgin Money London Marathon returned after last year’s event had to be scrapped due to Covid-19 restrictions.

Ms Bassil, a quality assurance manager for a pharmaceutical company, ran 4:12:20 to beat the previous record time of 4:30:00 for the title of the fastest marathon by a woman dressed as a sweet food.

She said it is “very strange” but “fantastic” to be the fastest marathon-running cake in the world, but that it was all about boosting the fundraising for Save the Children.

After doing a virtual marathon and running in her the garden during the past year, Ms Bassil said of the London Marathon: “It was a roller coaster of emotions.

“It was amazing to be out with the other runners and to have support out there. It was fantastic.

“It was good that it was dry. I was really happy about that but the wind at times was hard. At about 17 miles I did not think I would do it but then seeing family and friends supporting me spurred me on.”

New offers of funds are coming in and she is hoping to top £10,000 in donations, which would be doubled by her employer because all that “would be the icing on the cake”.

She used chicken wire, hula hoops and papier-mache to make her costume – which made the race harder, but earned support from the crowd.

She said: “I could not use my arms to swing in the normal rhythm. I was quite uncomfortable and obviously with the weight on my shoulders but equally there was a number of “go cake” (cheers) as I went around.

“I also had a number of ‘go ice cream’ cheers.

“It all helped boost me but I would say it was much harder in a costume.”

Ms Bassil could not say if she would do it again, but celebrations are set to include “a little glass of fizz” and maybe some cake – but she is not sure if it would be accompanied by pudding, saying: “At the moment I am not sure I want to see a piece of cake.”

GWR adjudicator Chris Lynch, who was on the finish line to verify all the new world records from the 54 attempts in the race, said:  “Seeing the passion and determination from such a huge number of applicants again this year paired with their incredible fundraising efforts has been truly inspiring.”

There was a rush of weird and wonderful world records for the runners who took a quirky approach to the race.

Chris Green dressed as a rhino and clocked 4:06:35 to complete the fastest marathon by a man dressed as a mammal. He ran for the Save the Rhino International conservation charity.

Sarah Dudgeon and Max Livingstone-Learmonth – who were dressed as a dog – were the fastest two-person costume at 3:17:12.

Siddharth Paralkar, who completed the course in 3:50:44 to become the fastest male marathon runner dressed in a safari suit, while Liv Anderson, who appeared as Henry VIII finished in 3:39:50 to be the fastest female dressed as a monarch.

GWR also said that Troi Baxter and Kerry Bullen, who clocked 3:30:08, are the fastest pair of females to run the race in handcuffs.

Some of the other record breakers included Julian Rendall who clocked 2:51:45 to become the fastest man to run a marathon dressed in pyjamas.

Peter Butler-Jones is the fastest marathon wearing wellington boots with a time of 2:56:38, while Mark Williamson finished in 3:05:45 to become the fastest male marathon runner sporting a rugby kit.