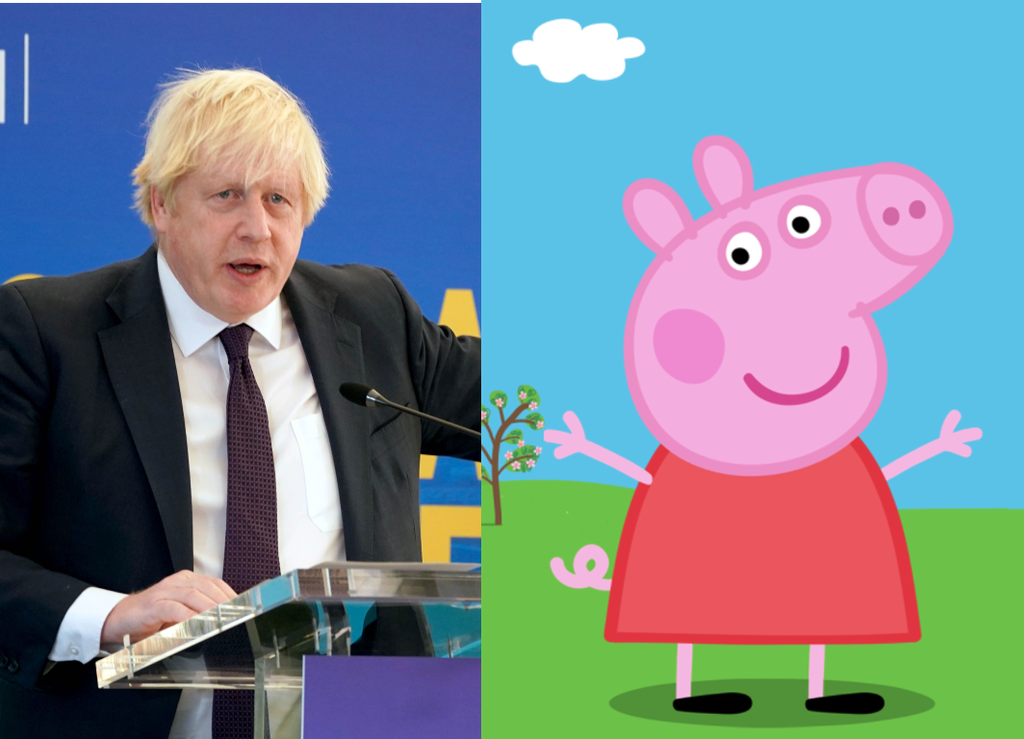 After Boris Johnson revealed he had spent his Sunday afternoon at Peppa Pig World during his rambling CBI speech, rather than appearing like a loveable buffoon well briefed on popular children’s TV shows as he may have hoped, he came across just as a buffoon, and unleashed a torrent of mockery, with a BBC reporter even asking if everything was alright with him.

Safe to say, the speech was a bit of a disaster from start to finish – with highlights including a 25-second interval where Johnson found his place in his notes, a not at all hyperbolic comparison to Moses, and a very good indeed impression of a car (vroom).

But it was our porky friend who sparked the most intrigue from viewers on social media, and the busy bees of the internet got straight to work to make some memes and jokes

So here are some of the best memes of the Peppa/Johnson genre:

Subplot alert: A lot of people recalled the allegation that former Prime Minister David Cameron may have got quite close to a pig himself during his university days:

When Johnson got to Downing Street he might have felt like a pig in s**t. Now he’s just in s**t.